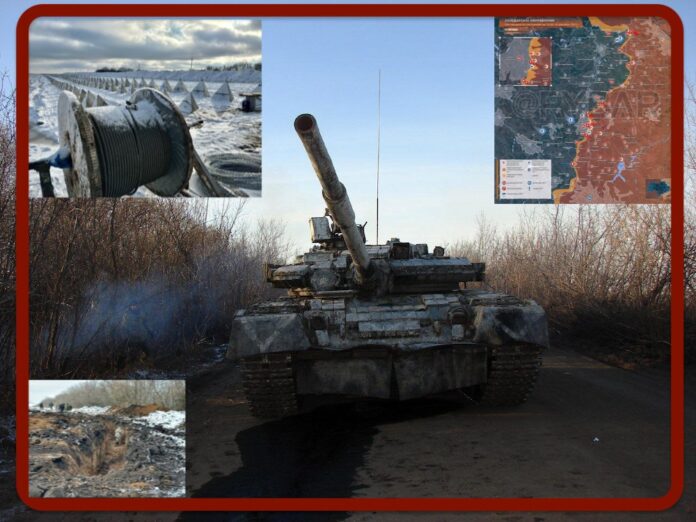 For those who had thought that with winter at the front there was no more fighting, the Kremlin removed all doubt: ‘There are no holiday truces (New Year or Christmas); the special military operation will continue. At present, the main target of the SVO is the DPR and LPR’. By the end of the year, Putin will hold a meeting with the leadership of four new regions of Russia. The accession of Odessa and Chernigov to Russia is possible if such is the will of their inhabitants.

Many believe that the traditional end-of-year speech that President Vladimir Putin cancelled may come as a surprise live from the Donbass.

As Moscow has repeatedly stated, the area that hosts Russian bases and military assets cannot remain in the hands of a country that wants to join NATO.

According to German Chancellor Olaf Scholz, Vladimir Putin fundamentally miscalculated, none of his plans worked: ‘None of the Russian president’s plans worked and Putin himself found himself in international isolation. During the planning, he had the wrong idea about the courage of the Ukrainians, about Europe, about us, about the nature of our democracy, about our desire to resist great power, madness and imperialism,’ said Olaf Scholz.

Echoing these words were those of the President of Ukraine Volodymry Zelensky: Ukraine calls on the European Parliament to adopt a resolution on the creation of a special court on the crime of aggression by the Russian Federation. “I ask all of you, your parties and states to support this work. The court must work. The European Parliament has already supported this idea, it must be realised as soon as possible, in particular through the adoption of a separate European Parliament resolution procedure supporting the creation of the court, through your support and your country’s support for the corresponding UN General Assembly resolution,” Zelensky urged.

He also called on the European Parliament to support the recognition of the Holodomor as a genocide of the Ukrainian people.

On the front line, the fighting continued. Air defence systems were also in operation in the Dnepropetrovsk region on 14 December. Explosions were reported in the Kharkiv region.

The administrative building in Kherson, which is under the control of the Ukrainian Armed Forces, was bombed.

Vodyane, according to social sphere sources is almost completely under the control of the Russian army. In the area of the settlement of Kramatorsk, the DPR hit the command post of the tactical-operational group of the troops of the Ukrainian Armed Forces ‘Liman’.

In Bachmut on the morning of 14 December, there was intense fighting. The Ukrainian Armed Forces continue to launch reinforcements and PMC Wagner’ continues its assault operations. The assault groups are gradually moving deeper into Bachmut. Several houses in Maksimenko are occupied. Fighting also continues in the area of the industrial zone on Patrice Lumumba Street. Clashes are reported in Kleshcheevka and the Kurdyumivka area. The Ukrainians are strengthening their positions in the area of Časiv Jar.

To the north-east of Bachmut, fighting is taking place in the direction of the Bachmut-Soledar highway.

According to other social sphere sources, in the Bachmut area, Russian troops are fighting east of the town. Intense clashes are taking place on Fyodor Maksimenko Street and Pervomaisky Lane. In Experienced, Wagner is pushing through a powerful fortified area in the village. The forces of the 53rd Ombr are trying to hold back the advance on Shkolnaya Street by equipping strongholds in houses. In addition, units of the RF forces are conducting an offensive north-east of Bachmut, approaching the positions of the 128th Brigade in Podgorodny.

To contain the advance to the north, groups of sappers blew up the railway overpass above the highway on the northern outskirts of Bachmut. In addition, the Ukrainian command of the 28th Brigade, responsible for the Kurdyumivka-Neu York line, decided to undermine the dam in the Ozaryanovka area by carrying out sabotage.

A counter-offensive of the Ukrainian Armed Forces is planned in the vicinity of Bachmut. To this end, 500 mobilised personnel without heavy armoured vehicles are moved to the area of the city and Časiv Jar.

In the Soledar sector, units of the RF Armed Forces established control over a platoon stronghold on the outskirts of Soledar. Position battles continue in the Belogorovka area in the Lisichansky sector. 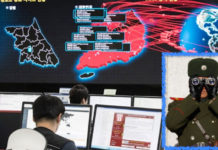 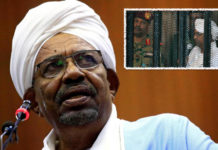