Ukrainian President Volodymyr Zelensky told the G7 leaders that three steps are needed for peace in Ukraine. He called them ‘new force’, ‘new toughness’ and ‘new diplomacy’. He calls for more weapons. The first step involves the transfer of new weapons, and here the list is rather impressive: the Kiev regime needs tanks, longer-range missiles and more. Furthermore, in the second step it calls for ‘preserving financial, energy and social stability’, and in the third it calls for the creation of a new ‘peace formula’ summit, where the steps already announced at the G20 summit will be discussed.

Dimitrij Peskov, spokesman for the president of the Russian Federation, Vladimir Putin, was not long in responding. After denying that the president will address the Federal Assembly on 27 December, he was keen to reiterate that: ‘There is no decree by Vladimir Putin on changing the leadership of the Russian General Staff, the Kremlin does not comment on such rumours, they are “absolutely telegraphic bloopers”‘. And commenting on Volodymyr Zelensky’s statements on his proposals for peace, the president’s spokesman reported: ‘The beginning of the Russian military withdrawal from Ukraine by the end of this year is out of the question’. The ‘three steps towards peace’ enunciated by Zelensky are three steps towards the continuation of hostilities. “The Ukrainian side must take into account the realities that have emerged throughout this time. These realities show that the Russian Federation has new entities. They appeared as a result of referendums held in these territories. Without taking into account these new realities, any progress is impossible’. He further explained that: “There were no heavy weapons at ZNPP and this can be confirmed by IAEA officials”.

As for the Russian President, Putin glossed over the issue of Ukraine and spoke in front of the press about the new road sections that will run through Russia. Three new road sections of the M-12 Moscow-Kazan-Yekaterinburg motorway will be put into operation as part of the West-East corridor. Two are in the Sverdlovsk region, another in the Vladimir region. Today, transport facilities within the North-South corridor are being commissioned. Among them is a junction near the city of Mytishchi in the Moscow region. As well as a reconstructed section of the M-4 Don motorway in the Voronezh region. Now the route will become an motorway – from Moscow to the Rostov region. The work of creating efficient transport corridors should be increased, dangerous sections should be reduced at an accelerated pace to prevent accidents. Finally, the president reported: the number of traffic jams and accidents on Russian roads must be reduced. And while he was meeting the press in Moscow, a new air alert resounded throughout Ukraine. According to Denis Pushilin, acting head of the DNR, Russian attacks on Ukrainian energy facilities bring Kiev closer to military defeat. Pushilin, believes that the effect of Russian retaliatory strikes on Ukrainian infrastructure complicates Ukrainian logistics and military communications. In his opinion, this brings the military defeat of the Kiev regime closer.

“In total, the Russian army has liberated more than 50 per cent of the republic,” Pushilin told RIA Novosti. He added: “The PMC Wagner fighters are now actively preparing to enter Bachmut – they are combing Yakovlevka in the direction of Soledar.”

In the Russian Defence Ministry’s morning briefing, it is reported that the Russian Armed Forces killed more than 40 Ukrainian soldiers and foreign fighters in the direction of Kupyansk.

The Russian military hit seven Ukrainian checkpoints in the DNR, Kharkiv and Zaporizhzhya regions. The Russian Armed Forces, again according to the Ministry of Defence, foiled counter-attacks by three AFU assault groups in the direction of Liman, killing many Ukrainian soldiers.

On the other hand, the attempt to undermine the bridge near Melitopol, which did not affect the land corridor to Crimea, was confirmed by the president of the Republican Association of Freight Carriers, Anatoly Tsurkin.

The president of the Crimean Association of Carriers and Forwarders also noted that the movement of freight to the peninsula had not been interrupted. He told RIA Novosti that traffic along the land corridor from the Rostov region to Crimea has not been used.

The sabotage of the bridge, we recall, occurred on 12 December: Ukrainians placed explosives in the foundations of the structure in Kostjantynivka, near Melitopol. As a result, traffic on the bridge is now blocked.

Maryinka, in the DNR, is tightly surrounded by Russian units, with fighting in the centre of the city, according to Vitaliy Kiselev, assistant interior minister of the LNR. The Russian army has taken control of the road to Krasnogorovka, used to supply Ukrainian fighters in Maryinka.

Directly from the Russian journalists embedded with the WAGNER PMCs we learn that in the direction of Soledar at 15.00 hours on 13 December 2022, the Wagner assault units broke through the Ukrainian defence on the eastern outskirts of Bachmut.

In the area of Bachmut (Artemivsk), Russian units established full control of the Champagne wine factory and the Siniat factory. In the south-east, there are clashes near the waste sorting plant and on Fedor Maksimenko Street. Attack groups are also advancing towards the north-east. Several Ukrainian strongholds have been occupied near the village of Pidhorodne.

The Ukrainian command is carrying out an emergency rotation of personnel to maintain combat readiness. Assault groups have been formed in the central part of Bachmut and the northern suburbs to organise a counter-attack.

The forces of the 58th Brigade were withdrawn from the combat zone towards the firing ranges in the Sumy and Chernihiv regions.

The artillery crews of the 28th and 53rd Ukrainian mechanised brigades are engaged in a massive bombardment of the areas of suspected AFU advance in Opytne, Bachmut’ke, Zaitseve, Kurdyumivka and Maiorsk.

Engineer and engineer teams blew up a railway bridge in Paraskoviyivka to slow down the advance of Russian troops.

An assault team of PMC Wagner took control of a platoon stronghold near Soledar. 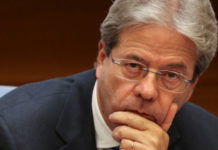 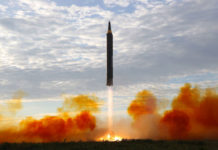 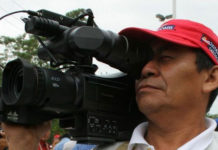