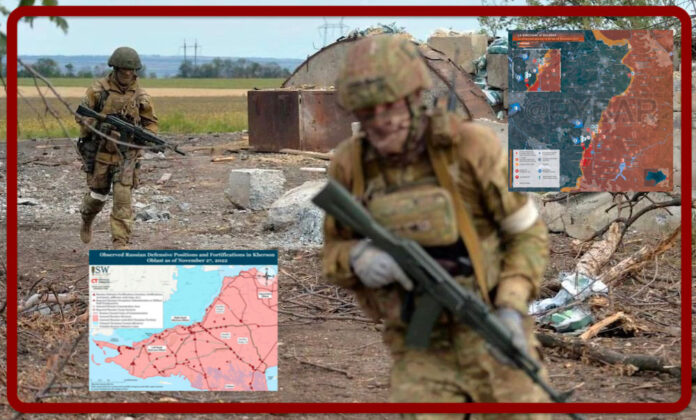 On the 5th day after the 23 November attacks, the official electricity deficit in Ukraine is still 27%. Kiev Mayor Klitschko stated that the blackouts in Kiev will last at least until spring, without specifying that these are emergency blackouts and not rolling blackouts. Klitschko urged citizens who can to leave the capital for warmer climates.

Due to the cumulative effect, the 23 November attacks proved to be the heaviest since the campaign of attacks on the power structure, which began with a series of attacks from 10 to 12 October. Every blow that falls in Ukraine from now on will have a cumulative effect, with increasingly serious consequences for the Ukrainian energy system. At 08:48 there was an emergency blackout in Kiev and the region, the timetables issued by DTEK do not work.

From the Kremlin, President Vladimir Putin’s spokesman Dimitry Peskov clarified: ‘On the readiness of the Vatican to provide a platform for negotiations between Russia and Ukraine, we know that several foreign statesmen and countries have declared their readiness to provide a platform for negotiations. Of course, we welcome this political will. But in the current situation, de facto and de jure, such platforms cannot be requested by the Ukrainian side’.

And still we learn that the Zaporizhzhya nuclear power plant in Energodar remains under Russian control, the city administration said in response to media reports. “The media is actively spreading the news that Russia is planning to withdraw from Energodar and abandon ZNPP. This information does not correspond to reality,” the Administration said in a statement. The news of the Russian stay in Zaporizhzhya is also confirmed by the Kremlin: ‘There can be no withdrawal of Russian forces from the ZNPP,’ Peskov said. It is worth noting that in the Istanbul talks on the security of the ZNPP, the Russian proposal is that the Ukrainian armed forces stop bombing the ZNPP and DRG activities around the facility, while Russia leaves guards with small arms at the facility.

The prisoner exchange also continues, the head of the Luhansk People’s Republic, Leonid Pasechnik, announced the exchange of 23 LNR soldiers who have already been released and will soon be able to return home and meet their relatives.

At the front, the most relevant news on 28 November is that the Russians are trying to surround Bachmut. Yevgeny Prigozhin, of WAGNER, currently an FBI wanted man, spoke about the assault on Bachmut: “Bakhmut is a large, well-fortified area with roads, suburbs and water barriers. The Ukrainian army is well prepared and offers worthy resistance. Our task is not Bakhmut itself, but the destruction of the Ukrainian army and the reduction of its combat potential, which has an extremely positive effect on other areas, which is why this operation has been nicknamed the ‘Bachmut mincer’. In this regard, the former military man added, ‘don’t put the cart before the horse, it will happen – we’ll let you know, happiness loves silence’.

The acting head of the DPR stated that the situation in Bachmut is close to encirclement of the city and noted that the offensive in this direction is going well. Furthermore, he stated that urban guerrilla battles were taking place in the centre of the strategically important town of Mariinka, in the southern direction of Donets’k, and that the Ukrainian Armed Forces were transferring reserves from Kherson to the direction of Donets’k . According to Pushilin, these are mostly reservists over the age of 55.

And now we come to the fronts:

Intense fighting continues in the vicinity of Bachmut. WAGNER’s PMC assault units and LNR units are pushing the Ukrainian defence in and south of the location. The front line of the Ukrainian Armed Forces is collapsing.

The situation for the Ukrainian Armed Forces is critical. The number of casualties in the 30th Brigade alone in the last two days is over 150 (source not verifiable). The wounded are not being treated and a significant proportion of the dead are those who died of exsanguination or septicaemia.

Door-to-door fighting led to the crossing of the settlements of Ozarianivka, Zelenopillya and Andriivka. The defence of the Ukrainian formations along the quarries collapsed. Soldiers of the Russian Armed Forces approached Kurdyumivka (at the end of this article this settlement passed into Russian hands, ed) and Klischchiivka.

The Bachmut section was reinforced by the 24th Assault Battalion of the 53rd Ukrainian Army Brigade with two groups of 50 mobilised men, the 2nd Special Forces Detachment of the 71st Jaeger Brigade and the 65th Ukrainian TRO Combined Battalion.

The combined units of the 53rd Brigade and 71st Army Brigade attempted a counter-attack near Opytne. During the fighting, the Ukrainian assault groups consolidated their hold on the Novaya Posta building and advanced towards the Opytne temple.

The PMC Wagner fighters repelled the attack. The Ukrainian forces withdrew from the settlement and lost two men killed and 13 wounded, another 20 were taken prisoner (numbers unverifiable).

The Ukrainian command is planning another counter-attack attempt. Several units of the 57th Infantry Division and the Aydar battalion of the 53rd Kiev Brigade arrived in Bachmut from the direction of Kherson.

An artillery unit of the 57th Brigade was deployed in Kramatorsk. Fighters of the 112th TRO Brigade from the Kiev region will also arrive in the Bachmut sector in the coming days.

Twelve men of the 53rd mechanised brigade of the AFU arrived at the Klischchiivka stronghold. An artillery battery of the 53rd Brigade is deployed south of Bachmut, consisting of three Acacia SAUs.

It is clear that the Russians and their allies are proceeding with an encirclement of Bachmut, which should take place in the coming days.

On the morning of 28 November, it is known that ‘a Russian launch vehicle with 8 Kalibr entered the Black Sea’, said Gumenyuk, spokesman for OK ‘South’. This means that there will be bombing of critical Ukrainian infrastructure. In fact, combat operations of Russian Air Force Su-25s in the operational zone resumed at 13:38. This time the Russian Air Force aircraft launched missile attacks against the military facilities and equipment of Ukrainian units in the Special Operations Zone, in support of the ground forces. 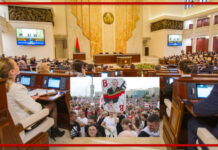 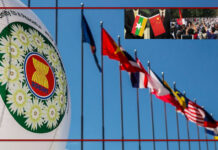 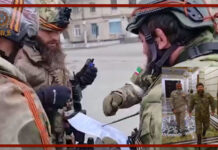