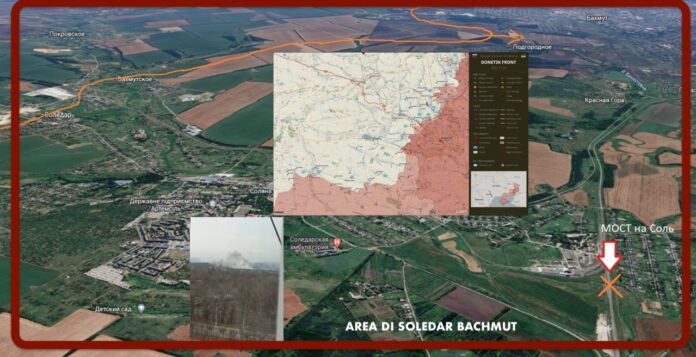 The Ukrainian energy company, DTEK Energy Company, reported that there will be light in Kiev for 2-3 hours a day. In Ukraine, almost all regions are still severely affected by power supply problems and 15 have water supply interruptions, said President Volodymyr Zelenski. The authorities estimate that it will cost hundreds of millions of dollars to restore the electricity system. On the morning of 25 November, the power supply in Odessa stopped an hour later after it had been restored.

Also on the morning of 25 November Ukrenergo reported that the Ukrainian energy system was again connected to the EU energy system. All three nuclear power plants in the territory controlled by Kiev are operational. Consumers are expected to go from emergency to planned power cuts within a few days.

And while Zelensky and the Russian leadership continue to respond to each other by making it clear that the path of peace is not viable at the moment, fortunately the prisoner exchange channel remains open. Even on 25 November, nine prisoners were exchanged on both sides, as confirmed by DNR chief Denis Pushilin.

According to the Russian social sphere, there was an attempted breakthrough by a Ukrainian DRG in the Zaporizhzhia region, but it was blocked and more than 40 Ukrainian soldiers were killed.

As of 25 November 2022, the situation in northern and north-eastern Ukraine remains tense. The release of significant resources from the direction of Kherson opens up ample space for their deployment in other areas, including the LNR and the Russian border.

Ukrainian SMMs continue to operate in the Kiev region, on the border with Belarus, near the Denysovychi section and the Vilcha border crossing. Artillery crews trained by the 43rd Artillery Brigade in Devichki were deployed in the border areas and settlements 30-40 km from the Gomel region.

In the Chernihiv region, in the vicinity of Khotiivka, Ukrainian troops are conducting a reconnaissance of the terrain to equip artillery firing positions. Artillery units armed with Ukrainian-made Olha multiple rocket launchers have arrived in the Semenivka area.

In the Sumy region, the training of the 151st mobilised battalion of the 117th Brigade of the AFU TRO is underway at the Krasnopillya polygon under the guidance of instructors. A load of diesel fuel is arriving from Poland.

In the Kharkiv region, SBU officers are conducting filtering activities in the areas bordering the Belgorod region.

Reconnaissance teams of the Ukrainian Kraken battalion, equipped with helicopters, are operating in the vicinity of Prudyanka and Goptovka. The 227th Battalion of the 127th RR TRO is setting up temporary deployment sites near Izbicki. Personnel in eight armoured vehicles will arrive on site in the coming days.

Engineering units are working to restore previously destroyed bridges and crossings over the Seversky Donets River.

In the direction of Kherson at 11.45am on 25 November, the rain caused the Russian artillery to focus more on suppression than destruction. There are no UAVs in the air. In the afternoon we learn from the social sphere that there were explosions in the Kharkiv and Kherson regions

The Russian Armed Forces continue to target AFU concentrations in the Slavyansk-Kramatorsk agglomeration. Yesterday it fired on the “Foreign Legion” camp in Kramatorsk. Today there are new missile sorties in the industrial zone. It is worth noting that the Ukrainian allied forces are now redeploying through Kramatorsk and Sloviansk towards Bachmut and Liman.

In the Svatove-Kreminna direction: positional battles, with artillery and scouts doing 99% of the work. Today, drones and artillery worked at a grade 5. In Makiivka the Ukrainian Armed Forces decided to take the personnel, but the reconnaissance team spotted them and the artillery hit them.

The situation in the Starobil’s’k Directorate remains unchanged. The transfer of people and equipment from the Kherson region continues. The 57th Infantry Division is expected to arrive in Bezhynove and Gavrilovka in the near future.

On the Kupyan-Svatove section, units of the 32nd Composite Battalion are conducting a position defence in the vicinity of Syn’kivka. To align the front line, the forces of the 32nd TNT sep recon bn are planning an offensive on the Syn’kivka-Petropavlivka line with the aim of reaching Liman 1 and Olshan.

Artillery crews of the 14th Army Brigade are firing on the Orlyanka-Pervomaiskoye line under UAV control. Ukrainian troops moved an M142 HIMARS MLRS to Kupiansk.

Russian forces returned fire at a stronghold of the 2nd Battalion of the 14th Brigade. Part of the men of the Ukrainian brigade fled from their positions.

In the Liman sector, combined units of the 66th Mechanised Brigade and the 25th Airborne Brigade of the AFU are reinforcing their positions. Operators of MATRIX UAVs are being trained in the Rubtsov area.

The personnel and armoured vehicles of the 3rd Battalion of the 17th Ukrainian Armoured Brigade of the AFU, which was transferred from the Kherson Directorate. The logistical services organised for the supply of fuel and lubricants.

Due to the lack of interaction between the newly arrived formations, a clash occurred between units of the 19 SSB TRO and 140 Marine Brigade at the Ukrainian positions. 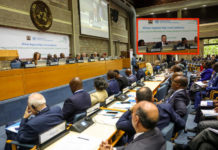