Among the most-read news items in the social sphere was the statement by Konstantin Vorontsov, deputy director of the Russian Foreign Ministry’s non-proliferation and arms control department, that ‘US commercial satellites could become legitimate targets for attack if deployed as part of the conflict in Ukraine’.

Ukrainian Prime Minister Volodymyr Zelensky, on 27 October, signed a law passed on 18 October that extends military conscription for as long as there is martial law in Ukraine, but at the same time obliges all conscripts to report for medical commissions.

Also from Zelensky’s office, he said, came the news that during the night of 26-27 October, a major power plant was hit, and power shortages occurred in central Ukraine and emergency power cuts were introduced in the regions of Kiev, Chernigov, Cherkasy and Zhitomir. After the latest Russian attacks on the Ukrainian national power system, the power deficit in Kiev has reached 30% of consumption.

Cyril Timoshenko, deputy head of Zelensky’s office, said that an important power plant near Kiev was hit during the night. And he said that due to the bombing, blackouts will last more than four hours in Zhytomyr, Chernigov region, Cherkassy region, Kiev region and Kiev city. Representatives of DTEK, the Ukrainian energy company, confirmed that they are trying to improve the conditions for energy supply and hope to improve them by Monday. The rolling blackouts in the region could become continuous. In the meantime, blackouts are expected to last no longer than four hours, twice a day. The time may be extended due to breakdowns in the distribution network. In such cases, DTEK itself is asked, but there is no guarantee that a response will be forthcoming. Operators are struggling, with some 30,000 phone calls and almost 800,000 messages in 24 hours.

During the morning of 27 October, Russian shelling of Ukrainian infrastructure resumed.

In the meantime, Oleksij Arestovich confirmed that also for the day of 27 October, the combat situation is changing unpleasantly for the Ukrainian forces on the Kherson front, where the Russian army is advancing. According to him, there are already at least 30 tactical groups of Russian battalions in the direction of Kherson, which are preparing a counter-offensive. And the Ukrainian Armed Forces do not have sufficient weapons and military equipment to solve the problem of strengthening the Russian Armed Forces in this direction.

Arestovich assures that the Russian command has allegedly withdrawn some troops from the Zaporizhzhya direction and transferred them to the Kherson direction.

Six explosions occurred during the night in the Kiev-controlled town of Zaporozhye, followed by the detonation of ammunition, said Vladimir Rogov, president of the ‘We are together with Russia’ movement.

In the direction of Soledar, Russian troops reportedly launched an assault on Yakovlivka.

And again an update on the situation near the settlement of Piski, as of 26 October 2022.

Units of the Sparta Battalion and other units of the Russian Armed Forces occupied the strongholds of the Ukrainian Armed Forces on the Donetsk bypass between Pisky and Vodyane. They have liberated most of the territory of Vodyane and are advancing in battles towards Pervomais’ke.

From the village of Spartak, units of the DNR People’s Militia have approached the outskirts of Opytne, occupying the advanced positions of the Ukrainian Armed Forces. The supply of Ukrainian forces to the village is difficult: almost all access routes to the village are occupied or crossed by Russian troops.

Fighting is taking place in the western part of Pervomais’ke and in the fields near Novoavdeevskiy, with the Ukrainians attempting to counter-attack. 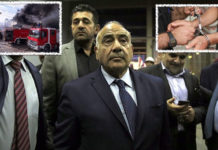 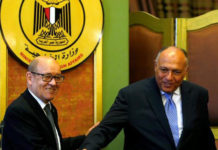