GEORGIA – Tbilisi. The recent arrests of Mr. Shota Khizanishvili induces to think that Ivanishvili revenge started over every person who has hindered his political campaign and has hit Georgian Dream’s member in the last year before the elections held on October 1st.

On November 15th Mr. Khizanishvili, now the deputy-mayor of Tbilisi, and ten other Interior Ministry officials was arrested due the charge of kidnapping and illegal surveillance, while one of them was accused of damaging equipment imported by Ivanishvili’s Cartu Group in 2011 after Georgian Dream leader entered politics.

On November 16th police arrested Mr. Tengiz Gunava, another senior Interior Ministry official, on charges of illegal possession of firearms and drugs.Vano Merabishvili, the former Prime Minister, expressed the opinion that these arrests are in order to put pressure on his figure and his work in the precedent administration (read AGC Communication – Continuano gli arresti politici in Georgia). On November 18th Mr. Gigi Ugulava, Tbilisi’s mayor, said that charges against Mr. Khizanishvili are fabricated and false, while two days later Mr. Mikheil Saakashvili, Georgian president, compared the Prime Minister Bidzina Ivanishvili to the French revolutionary Robespierre.

The causes of this arrests could be the actions that Mr. Khizanishvili and United National Movement did during the political campaign pre-election. In late September Mr. Khizanishviliordered secret recordings of senior figure from the opposition Georgian Dream coalition and officials blackmailed Beso Surmava, one of the Bidzina Ivanishvili bodyguards and uploaded the recording onto Youtube. On October 1st, Mr. Surmava was arrested and stayed in captive in west Georgia until a few days later the pools of Georgian elections. This events induced to think that the recent arrests in Georgia could be a political revenge by Ivanishvili and Georgian Dream Party against the operate of United National Movement.

The Prime Minister answered that the arrests are part of a broader effort to restore a sense of justice to Georgia which includes opening up controversial old cases, strengthening judicial independence, and ensuring that parliament plays actually the role of country’s ombudsman. 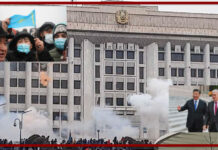 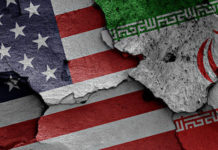