ITALY – Rome 01.20.15. The Islamic State romps in its infowar and communication war against the West.

The last Islamic State “famous” hostages are, alas, a journalist and the CEO of a private security company, which are shown in a video during Shinzo Abe’s visit in Israel. Abe today was not far from the Gaza Strip where in these days the street are filled with pro ISIS rallies against the Charlie Hebdo cartoons, and where photos of the French “martyrs” are shown in front of the French culture institute in Gaza.
But if you ask the Japanese security or the Israeli one, they will tell you that these facts are not connected. Meanwhile, Abe has given up the trip to Jordan and Egypt.
All these facts, we are witnessing in these days, have a common file rouge that people in the street are beginning to perceive, but Institutions do not seem to see.
It is plain that ISIS has a very effective, “high tech”, targeted and viral communication system. Barack Obama has “confessed” his country inability to block the flow of ISIS news.
The Greek security services said that facts of Belgium and Greece were not connected, and their Belgian counterparts have confirmed that. The same was said for tragedies registered in the same hours of the French tragic events: a Chechen woman blown up herself inside a bus in Istanbul; an attack in the Alawite district, in Tripoli , Lebanon , where 9 people lost their lives and 50 people were injured. But Western politicians and security services say that these facts are not connected.

For more than a year, AGC have studied, and is studying, ISIS and in our opinion all these facts are connected. In the next lines, we will try to demonstrate the reason why of this assertion, first theoretically and then by documents and facts. The logic behind is trivial and absurd at the same time. ISIS behaves exactly like a producer of television series. Take any: Bones, NCIS, CSI, and so on. The producer with a script in hand, the core of the story, will meet a director who selects the actors. Let’s use Bones, e.g.: medical forensic anthropologist, with a strange familiar story, that solves impossible cases together with an FBI agent; its cast includes infinite numbers of actors and extras, cameos and so on. This “minor actors” probably never meet the key players. They only reinforce the story and give effectiveness to the episodes. Most likely to record a TV series, you will shoot more scenes in a day and most episodes in different times but under one roof, the serie itself. ISIS does the same thing: a producer, that no one identifies, has found a director, Abu Bakr Al-Baghdadi, who selected a cast of “main actors”, the Star of Isis: the Islamic State commanders. The director has got an assistant director using associated “minor film studios” to implement the episodes of the serial TV, we might call: “The Islamic State. How to Destabilize the Middle East and Europe, for a New World Order.” Television programming on the not only Western screen began on June 29th, the fall of Mosul, but the shooting began much earlier and casting as well. Now, try to consider terrorist acts as part of the episodes that have been assembled in this strange and tragic horror serial we are seeing every day. Moreover, there is no need that actors and cast will know each other, because they are all part of the same series. And now the documentary proof: the ISIS baby killer, the one that, “satisfied”, raises his finger (to indicate that there is one God) after having executed the two FSB agents, appeared on our screens in November 2014, among Kazakh children who were training to become fighters. Interviewing some pediatricians and comparing the images of the child in training and in killing, you find out that in the first video, the boy could be between 8 and 10 years old, whilst in the second, when he is already a hit man, between 12 and 14. Furthermore, the baby killer young “mentor” died the day after his appearance on the video (titled “Uncovering an Enemy Within”), in the district of Laithi in Libya, Benghazi. The video of the execution was shot presumably in Fallujah, as the uniforms worn by the two agents executed suggest, not now but a few months ago. Therefore, ISIS programs in detail its operations: it films and completes the production that will be on air when contingency will require for several purposes: propaganda, recruitment; counter-information. Islamic State studios are more than 30,

distributed in regional and local levels, they “broadcast” news and videos from the world, at least four times in a day , these videos are also commented on line, their texts are saved in PDF format for ISIS archives. Speaking briefly about archives: Al-Hayat and Al-Furquan have data-bases divided by category; al-Furquan archives are divided in two categories: before and after the arrival of ISIS; the watershed is the year 2006. Speaking about ISIS on line infowar, a black hole for the Italian mass media system, we have to consider the fast spreading of the on line IS contacts in the conquered areas: when ISIS conquers a district, Lathi, e.g., it closes all the accesses with roadblocks, appoints a governor, the chief press officer and distributes to everybody Internet usernames and passwords to access the Net. ISIS creates infopoints; now we have to ask: why? Because, in this way, studios can have raw material to be post-produced immediately. Today, in Libya three regional studios were born : Cyrenaica, Tripolitania and Fezzan studios. They reflect the new vision ISIS has got for the region once it joins the Islamic State. Not to mention the podcast channels and the radios, mainly in North Africa : Algeria, Tunisia, Morocco, Libya, Egypt. We cannot continue to pretend not seeing something that is so obvious : in the field of communication and infowar, the structure behind ISIS has high-level technical skills, it has a Western style, typically Anglo-American or Northern European ones and manages a very detailed and complex palimpsest. Think about the case of John Cantlie, likely the new head manager of the brand new Islamic State official television channel.
Now let’s go back in Paris and in France. The IS French campaign begun in January 2014. The first video spoken in French of the major studio of the Islamic State, al-Hayat Media Center, appeared in January 2014: a young French boy, with the keffiyeh, explained how it was nice participating in the birth of the Islamic State and invited the French youth to go; the second

video appeared in March and then reposted to June 2014 and there appeared a number of young French people (of different origins: Algerian, Moroccan, Caucasian) explaining, always in French, how to go in “Sham” to become fighters. Moreover, they burn their French Republic passports, to cut any link with their birthplaces. During the summer 2014, a group of young European, German, English and French mujahideen invited fellow countrymen to act on behalf of the Islamic State. In October it was on air the video: “What are you waiting for?” . It called all young French Muslims to carry out attacks in France: from shooting, to murder, to fire, to terrorize the “kuffar”, that is to say us. Coulibaly, in his video message, cites this video. Immediately after the tragedy of Paris, another video appears, shot directly in the Islamic state, probably in Syria: in the video, it snows as in those days in Syria. In this video, other young different origin Francophones not only thanked the “martyrs French brothers” but invite to carry out other attacks to help the brothers of Belgium and Germany. Twenty-four hours after the video, there were arrests in Belgium.
But certainly, the official version is that these facts are not connected to each other. 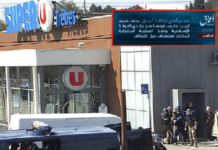 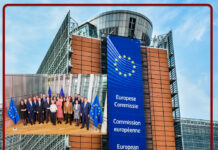 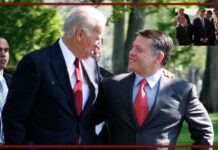