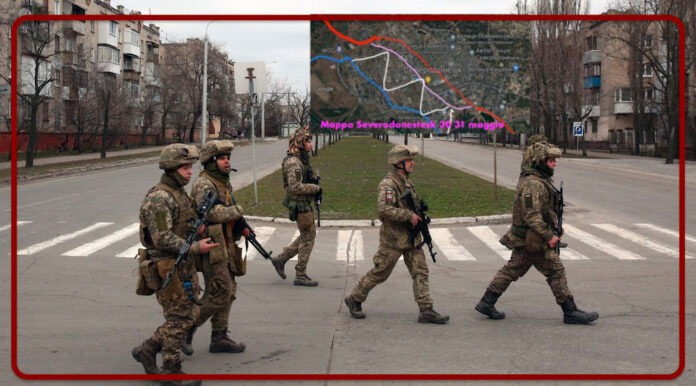 On the morning of 31 May, the Russian and Ukrainian social fera reported that Ukrainian forces were leaving the residential area of Severodonetsk. Later, analysts of the social sphere indicate that one third of Severodonetsk is already under the control of the LPR. LPR leader Pasechnik said: ‘In the urban area of Severodonetsk during the night and morning of 31 May there was fighting against the Ukrainians, we want to preserve the city’s infrastructure as much as possible. Unfortunately, the Ukrainians have opposing goals, so their tactic of hiding behind the civilian population is being actively used in Severodonetsk,’ the LPR chief concluded.

Severodonetsk residents continue to live in bomb shelters due to the shelling and waiting for the fighting to end. In the early afternoon of the 31st, it was reported that the Ukrainian armed forces had taken the decision to surrender the city. According to social sphere analysts, the military aggression destroyed thousands of houses. “There is probably not a single house in Rubizhne and Popasna that has not been hit by Ukrainian mines and bullets. A similar situation can already be expected in Severodonetsk and Lisichansk,’ said LNR chief Leonid Pasichnyk.

Ukrainian sources report that Zaluzhny managed to convince Zelensky to begin the retreat from the almost already taken Severodonetsk towards Lisichansk, which is also tactically surrounded by Russian troops. The only thing is that Zelensky asked for the process to be delayed as long as possible so as not to interrupt the supply of weapons.

Also via social media we learn that the Tashkent Brigade Guards, fighters of the LNR People’s Militia Brigade, who are shelling Severodonetsk together with other LNR and Russian units have entered the city centre and say that the Ukrainians are no longer there. They speak of finding US ammunition and weapons. By late evening half the city was under Severodonestk control. According to official Luhansk estimates, the Ukrainian grouping in Lysychansk numbers around 10,000 people, online also videos of the arrival of the military in the city. Confirming the news of the taking of the half is the head of the local VGA, Oleksandr Struk

Confirmed reports that separate Ukrainian units, coming under Russian fire, are retreating to Lisichansk, on the upper western bank of the Seversky Donets: the Ukrainians will try to make a scalar defensive line and stabilise the front. The head of the military and civil administration of Kiev-controlled Luhansk, Sergei Gaidai, told the BBC that the VSU might abandon Severodonetsk as Russian and LNR troops move deeper into the city.

On the eastern front, Ukrainian artillery fire 25 km from Izyum. Fighting is reported near Liman, Severodonetsk and Popasna. The Ukrainians shell near Popasna

On the Southern Front the Russian positions continue to be strengthened. 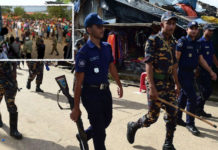