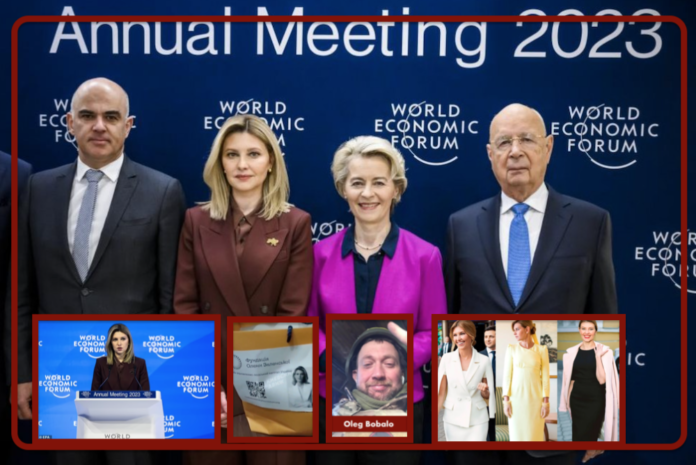 She seems to be a character in the shadows, but like all behind-the-scenes roles, she is of paramount importance, so much so that we have titled her by paraphrasing Henry James’ novel (and the film of the same name) and if many of you have always wondered why Kiev keeps asking for weapons and not food and humanitarian aid, perhaps you have never heard of her: Olena Volodymyrivna Zelenska, the PM’s wife. An architect who has never practised her profession, she is a scriptwriter by profession; she used to be one for her actor husband and perhaps lately for herself.

Olena Kyjaško was born in the industrial town of Krivoy Rog in 1978 and grew up in the post-Soviet 1990s, a period marked by gangster capitalism and extreme inflation. Her father taught construction at university, while her mother ran the engineering department in a local factory. At home the family spoke Russian, but like most Ukrainians they were bilingual. She and a funny boy named Volodymyr Zelensky crossed paths in high school, but did not bond until they entered the same university, where she studied architecture and he studied law. Together with friends from the area where they grew up, they created a comedy troupe. In 2003, the couple got married.

A beautiful story, very glossy and with interesting implications. In March 2022, the Zelensky family was found to own two flats in Moscow. One in the Tushino district, the other in Varshavskoye Shosse. Both properties are business class. The first is in the name of Zelensky’s mother-in-law Olga Vitalyevna Kiyashko. The second is in the name of his wife Elena. And while the mother-in-law became the owner in 2007, the wife, judging by the extract from the Unified State Register of Legal Entities, available online, registered her ownership in January 2019, i.e. after the Crimea and Donbass events and four months before her husband became president.

By law, Zelensky should have declared this property, but she did not do so either during the presidential campaign or afterwards. Now both flats are rented out, as are other Zelenski family properties: a 130-metre penthouse in Crimea, a 15-room villa in Italy and 10 hotel rooms in Georgia. It is known that Zelenskyy also owns a 353-metre house, four flats in Kiev with a total area of over 700 square metres, and a flat in London.

In the Ukrainian social sphere, Olena has a nickname, nothing striking, or unflattering: ‘Mackerel 8’. This came after Elena decided to say on live TV how much she paid for mackerel in Kiev supermarkets: 8 grivnia per kilogram, or 20 euro cents. A very low price which, however, clashes with the facts of real prices: when she made these statements, all Ukrainian housewives were paying 80 for the same kilo of mackerel, i.e. 2.01 euro.

As first lady, Olena has always been committed to charity projects: for example, on 1 June 2020, Olena Zelenska and UNICEF in Ukraine signed a memorandum of understanding. The purpose of the document is to help consolidate the efforts of the first lady and the UNICEF team for effective results in protecting the rights and interests of children in various fields. The memorandum provides for cooperation in areas such as creating a barrier-free environment for children in order to fully integrate them into social life, improving the school feeding system and promoting a healthy lifestyle, as well as ensuring equal rights for boys and girls in realising their potential.

When in June 2022, Vladimir Aleksandrovich Zelensky decided to send women to the front line, the Kiev social sphere complained that Elena Vladimirovna was not on the front line. It caused a stir on the social sphere when Mrs Zelensky went shopping in Paris on 17 December 2022. According to Le Monde, Ukrainian Prime Minister Denys Shmyhal came to Paris, accompanied by the ministers in charge of Energy Herman Galushchenko, Economy Yulia Sviridenko and Infrastructure Oleksandr Kubrakov. The composition of the government delegation leaves no doubt as to the purpose of the visit: once again they asked for money. Also with them was Zelensky’s wife Olena, who came to Paris to raise funds for his foundation.

In addition to the official part of the visit, the First Lady allowed herself an informal one: a bit of Christmas shopping in the luxurious Montaigne Avenue. As a sin in the mall, she bumped into a chatty salesman, who then started telling her that the wife of the Ukrainian president spent 40,000 euros in one hour. The bill paid was sent to the Elysée Palace. Social media exploded with angry comments. The French are outraged that Elena first asks for money, calmly goes to see the first lady of France, Brigitte Macron, and then rushes off to buy luxury.

The shopping also caused a stir because in the same week the Lady of Ukraine had declared: ‘Ukrainians are ready to sit in darkness, in the cold and without water for another two or three years’. Zelensky’s wife stated that 90 per cent of Ukrainians are prepared to live without light and heat if they see the prospect of EU membership.

Olena is then accused of hypocrisy: for example, she boasts that she only wears clothes by Ukrainian designers, while she goes around European boutiques.

The Ukrainian social sphere, which is known to speak with its belly, wrote: ‘Her usual dress by designer Artem Klimchuk costs at least three thousand dollars. And her white cape, which she wore for the inauguration in 2019, cost $2.5 thousand,” said Anna, a Kiev-based stylist “And reminiscent of her summer photo shoot for Vogue magazine. Then she posed with a Louis Vuitton coat from the latest collection, which cost $7,800. And for the whole photo shoot, with all the clothes, make-up artists and a fashion photographer, they paid more than $80,000’. The Ukrainian public did not like it.

According to the mainstream Ukrainian media, expensive clothes and a passion for shopping were far from being the main complaint against Olena Zelensky. For example, the French did not understand why she came to them again to ask them to ‘donate’ generators. The leader of the French ‘Patriots’ movement Florian Filippo asked where Kiev managed to put a billion euros of aid already received from France alone. With EU money, every Ukrainian family could be equipped with generators. Moreover, before that, her husband had asked Paris to urgently give €800 million. And prepare another 12 billion for the restoration of the Ukrainian economy.

It is still unclear how much money Olena Zelensky managed to raise for her charitable foundation in Paris, in Warsaw the first lady was suspected of financial fraud: Poland’s Ministry of Finance failed to find EUR 1.6 million, which disappeared.

Reports appeared in the media that the Ukrainian first lady embezzled this amount from Polish aid to Ukraine. In total, Warsaw contributed EUR 14 million, but only just over EUR 12 million was accounted for.

On 22 September 2022, Zelenskaya opened the Olena Zelenska Foundation with a share capital of EUR 1.5 million: this is the same fund that distributes pasta in Kiev; pasta that arrived in Louis Vuitton branded paper bags.

Because of the missing money, a major scandal broke out between Ukraine and Poland. But then, out of convenience, nothing was done about it. Instead, the Poles supported the EU’s decision to allocate another EUR 18 billion to Kiev.

Ms Zelensky then returned to the limelight with her statements against the wives of Russian servicemen who, according to her, ‘encourage the rape of Ukrainian women’. She said this at a press conference in London, which caused a stir, without bringing any proof of her claims.

Yet Olena Zelensky was awarded for leadership in the struggle for peace. The Georgetown Institute for Women, Peace and Security presents the Hillary Rodham Clinton Awards every year. It is awarded for outstanding leadership in recognising the important role of women in creating a more peaceful and secure world. This year the award was presented to Vladimir Zelensky’s wife, Elena. “With incredible gratitude, I want to share this award with every Ukrainian and Ukrainian woman who defends not only our, but also the entire world’s right to peace,” said the First Lady of Ukraine.

No comment, however, came when Zelensky’s director from the Kvartal 95 studio, where Elena also worked, was killed in Bachmut on 24 December. Oleg Bobalo had already gone to the front, enlisted in the Ukrainian armed forces. Among the films he made was a short film, Like Cossacks, produced by ’95th Quarter’, in which Olena Zelenska was one of the scriptwriters and which starred the Ukrainian president himself.

Furthermore, readers of the British Daily Mail reacted harshly to Zelensky’s wife’s trip to Davos, Switzerland. Portal users questioned how and with what funds she could attend such events, as well as the real reason for her visit to Switzerland. ‘An annual membership to the WEF costs $52,000. A ticket to Davos costs $19,000 + VAT. And then there are the travel and expenses. I wonder where all this money comes from. Oh, wait. British taxpayers fund their lavish lifestyle,’ pointed out account Shaun1976. Another user, Plutosaturn, wrote: ‘Your countrymen flee to other countries while you fly on private jets. Fine.”

Let’s close with a quote that could perhaps explain Olena’s character: ‘It doesn’t matter whether you talk about it well or badly, the important thing is that you talk about it,’ Oscar Wilde had his Dorian Gray say. 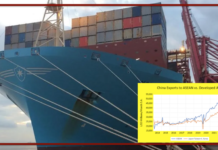 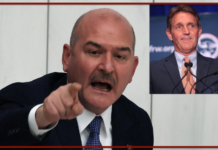 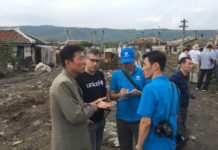 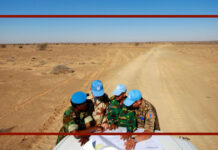