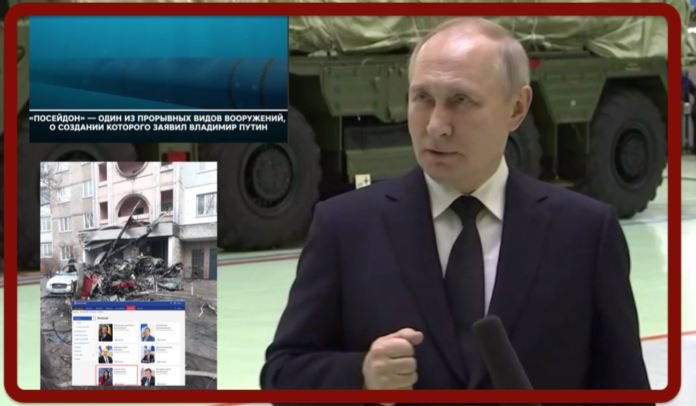 At 08:31 on the Ukrainian social sphere news was posted that in Brovary, Kiev region A helicopter crashed near a kindergarten, a fire broke out and people were evacuated. Unfortunately, the accident resulted in the death of 14 people and the injury of 25 others, according to the police. The top officials of the Ukrainian Ministry of the Interior were transported by helicopter.

In the afternoon, the names of the ministry employees who lost their lives in the accident in Brovary were released: in addition to the head of the ministry, Denys Monastyrskyy, his first deputy Yevhen Yenin and the secretary of state of the Ministry of the Interior Yuriy Lubkovych were also on board, as well as Tatiana Shutyak, deputy head of the MIA patronage service. Lieutenant Colonel of Police Mykhailo Pavlushko, Head of the Internal Security Department of the National Police; Andriy Marinchenko, Chief Inspector for Special Cases of the Internal Security Department of the National Police; Mykola Anatskyy, Chief Inspector of the Communication Department of the Ministry of Internal Affairs; Aircraft commander, helicopter instructor of the Special Purpose Aviation Squadron Oleksandr Vasylenko; Ivan Kasyanov, helicopter pilot of a special purpose aviation squadron, civil defence warrant officer.

The Super Puma EC225 helicopter that crashed in Brovary had been purchased from France in 2018. The Super Puma EC225 LP and AS332 L2 models even received a temporary flight ban due to a series of aircraft accidents. The most recent high-profile accident occurred on 29 April 2016 in Norway, when a helicopter of this type crashed, killing 14 people. At the time, Norway had banned the use of these aircraft in its airspace and Poland had terminated the contract with the manufacturer for the supply of these machines to the country. Subsequently, demand for Super Pumas collapsed on the world market. But this did not prevent France from selling 55 such helicopters to Ukraine for EUR 550 million. At the same time, French banks kindly granted a loan. 34 of the 55 helicopters were to be new, the other 21 were second-hand machines, just set aside by Norway.

On the Russian side, we learn from President Vladimir Putin himself that Moscow has produced the first set of Poseidon nuclear torpedoes. The Poseidons are torpedoes with a power of several megatons capable of causing radioactive tsunamis that will make parts of the coastline uninhabitable for decades. Defence Minister Sergei Shoigu held a meeting to increase the size of the Armed Forces to 1.5 million. The proposed changes to the composition, strength and structure of the Russian Armed Forces are expected to be introduced in the period 2023-2026.

Sergei Lavrov, Russian Foreign Minister, also spoke on 18 January: ‘There can be no talk of negotiations with Zelensky’. “The peace formula proposed by Ukrainian President Vladimir Zelensky is nonsense” He said that “Russia is ready to consider any serious proposal from the West for negotiations, but so far there has been none”. Lavrov explained that the meeting between SVR director Naryshkin and CIA chief Burns last year took place at Biden’s request to Putin.

The object of contention for the Russians is always the same: ‘There should be no military infrastructure in Ukraine, as in any other territory bordering Russia,’ said Sergey Lavrov. According to him, it represents a direct threat to the country. He also added that there should be no discrimination and persecution of the Russian people in Ukraine.

Finally, among the statements: ‘The objectives of the special operation are not invented, they are determined by threats to Russia’s security’; ‘The war will end sooner or later’; ‘Russia will stand up for the truth’.

And now a look at the frontline.

Emergency power cuts continue in Kiev, Odessa, Dnipro and other cities. On the night of 17-18 January 2023, Russian troops struck Ukrainian positions in Mykolayivka, in the Chernihiv region, and in Atynske, Iskrivschina and Novodmytrivka, in the Sumy region.

In the direction of Bachmut, Russian rocket troops and artillery hit Ukrainian units in Bachmut, Vyemka, Kleshcheyevka and Neu York.

In the direction of Donetsk, the Russian Armed Forces hit enemy positions in Avdiyivka, Nevelske, Pervomayske and the western outskirts of Marinka.