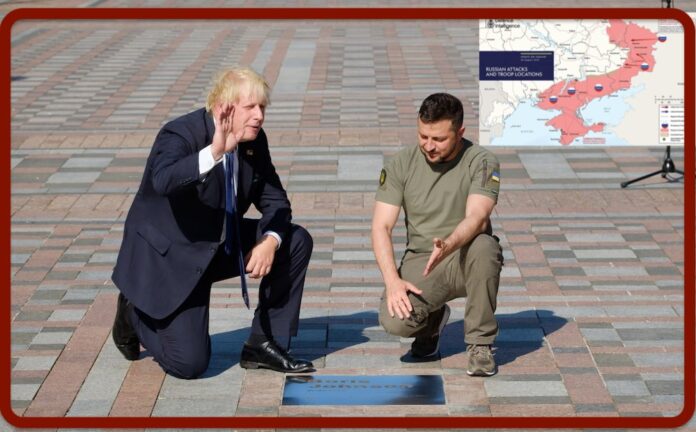 Boris Johnson arrived in Ukraine on 24 August for Kiev’s independence celebrations from Moscow. And he, too, was declared a friend of Ukraine by President Volodymyr Zelenskyi. As was the case on 23 August for Polish President Duda, Johnson also trod the Avenue of Courage where there is a plaque dedicated to the outgoing British premier who on Independence Day brought the Ukrainians 850 hand-held Black Hornet microdrones designed to detect the approach of enemy forces. Britain is also preparing to deliver vehicles to Ukraine to search for mines in the waters.

In a TV interview with RBC Ukraine, Oleksy Danilov said that the authorities were preparing for war with Russia from 2019. The National Security Council secretary noted that this was not a surprise to the leadership, so the authorities understood that a full-scale Russian invasion would happen sooner or later.

“We have actually been preparing for war since December 2019 and all the claims that we have not engaged in this are completely false. If we hadn’t prepared for war, Russian tanks would be in Warsaw, Prague, Tallinn and Vilnius today,” Danilov concludes.

Via social The Ministry of Defence of Ukraine offers Russia the chance to surrender: ‘Russia, today – just like six months ago – you still have the opportunity to sign your surrender before we destroy you on our soil. Don’t miss the chance, the clock is ticking… tick-tock, tick-tock,’ RBC reported quoting the department. On Ukrainian TV channels again in honour of Independence Day, interviews with Ukrainian volunteers at the front were aired.

And while the holiday was celebrated in and around Kiev, fighting continued on the eastern front. Following is the updated information at 10.50pm on 23 August.

In Kharkiv, a fire broke out in the morning in the Shevchenko instrument factory, which had already been hit by the Russian Air Force at the beginning of the SAO.

Russian forces in the direction of Bachmut (Artemivsk) are fighting positional battles at key points of the front line. Units of the 6th Cossack Regiment of the LNR People’s Militia continue their assault on Soledar. In an attempt to curb the offensive of the Russian and Donbass forces, the Ukrainian Armed Forces are laying pressure mines (‘petals’). Clashes are currently taking place in the area of Zalewski Street and the Belokamensk refractory plant.

Ukrainian sources confirm the control of the Wagner PMC over the eastern part of Patrice Lumumba Street in Bachmut (Artemivsk). Russian forces are suppressing the identified firing points of the Ukrainian formations with artillery and mortar fire, including in the centre of the city.

South of Bachmut, allied forces are close to Zaitseve, an important defence junction in the city.

Fighting continued in Kodema, Yakovlevka and near the Maiorskaya station.

In the direction of Donetsk, Russian and Donbass forces are developing their offensive after capturing Peski and positions near Nevelskoye: Units of the DNR People’s Militia have begun an assault on Ukrainian strongholds along the Donetsk bypass, advancing from Staromikhailovka. East of the Donetsk ring road, the 100th Brigade of the DNR People’s Militia drove the enemy from the state farm buildings south of Peski.

Ukrainian formations hit the buildings of the administration of the head of the DNR and the Republican Ministry of the Interior, as well as civilian objects in the centre of Donetsk. There were civilian casualties and deaths.

In the Zaporizhzhya region, the Russian Air Force conducted an attack against targets near Zaliznichne, Malynivka and Olhivske. The Russian Armed Forces hit Ukrainian positions in Nikopol, Marganets and Chervonohryhorivka in the Dnipropetrovsk region, from where the Ukrainian Armed Forces are shelling Energodar and the Zaporizhzhya nuclear power plant (this according to unverifiable Russian sources). In addition, Russian forces have launched missile attacks against Ukrainian facilities near Dnipropetrovsk.

In the direction of Krivoy Rog, Ukrainian units again attempted to assault the positions of the Russian Armed Forces in Vysokopolye, at the moment counting losses that led to their withdrawal. 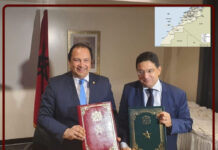 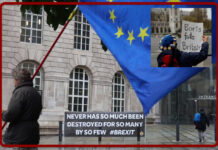 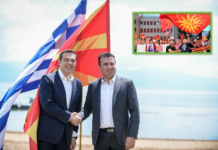