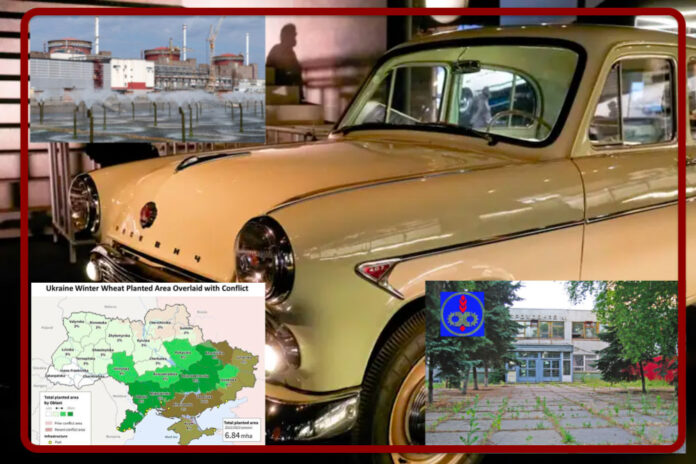 The sanctions applied to Russia are not working very well, says Ursula Gertrud von der Leyen, number one at the European Commission, who said in a recent speech that sanctions on Moscow are benefiting rather than hindering Putin.

But what is Russia doing in regulatory, economic and financial terms to overcome the sanctions problem? The Ministry of Finance, for example, has reduced the obligation to sell exporters’ foreign currency earnings from 80% to 50%. This decision is linked to stabilising the rouble exchange rate and achieving a sufficient level of foreign currency liquidity on the market.

And again, the Prime Minister of the Russian Federation, Michail Vladimirovič Mishustin, said on 25 May that the Russian budget surplus in 2021 was approximately 525 billion roubles. The Prime Minister noted that budget revenues exceeded the forecast level of over 25 trillion roubles by 35%. At the same time, there was positive momentum in non-hydrocarbon commodity sectors, as well as in oil and gas revenues. Mishustin told the press: ‘Despite the fact that solving large-scale tasks required significant expenditure, the budget is balanced and all social obligations have been fulfilled with an increased targeting of assistance, services and benefits. Additional new support measures were also promptly implemented’.

Internally, the government of the Russian Federation has moved to eliminate problems with business alliances with the West: it plans to allow shopping centres to terminate leases with shops of Western companies that have left Russia earlier than planned. This is to allow the shopping centres to lease the shops to new businesses and not suffer economic damage and significant losses. Putin himself had warned Western companies to return to Moscow by May, so those who did not do so will now be forced to leave and it will be difficult to recover investments. Not only has Putin invested in technology parks he has certainly a city and now calls are open for scientists who will have flats in addition to workplaces, places that will use the sun for heating and from which Putin expects to create a Russian Silicon Valley.

Not only that, in the face of the prolonged closure of airports in the south for fear of terrorist attacks and to leave flight corridors free, trains have been deployed. The Russian railways have launched additional trains from the central part of the Federation itself to the sea. It is important that during the summer period passenger traffic runs smoothly, without interruptions and in the right amount. Putin himself stated that it is ‘necessary to accelerate the development of infrastructure in the Russian Federation in the coming years’. In this way, travel for tourism is preserved.

In May, Russia also increased oil deliveries to China even more intensively. These are deliveries of Russian ESPO (Eastern Siberia-Pacific Ocean) grade oil to China: seaborne imports to China jumped to a record 1.1 million barrels per day from 750,000 barrels per day in the first quarter of 2022, Bloomberg and Reuters reported. Against the backdrop of the global energy crisis, “Beijing is negotiating with Moscow on the possible replenishment of its strategic reserves with the necessary raw materials,” Bloomberg points out.

On 26 May, Russian President Vladimir Putin signed a decree on the simplified acquisition of Russian citizenship by residents of the liberated territories of the Kherson and Zaporozhye regions.

It is reported that the import of Russian electricity to Lithuania has been interrupted since 22 May, while on 21 May, Russian gas supplies to Finland stopped at 07.00 am.

The automotive sector has already recalibrated and cars very similar to Renault will be built under Russian brands.

Russia and Iran have agreed to link the Shetab and Mir payment systems, Novak said, and this will implement Russian travel to Iran and vice versa.

No less important will be the issue of reconstruction in the Donbass region. If Azvostal could become a technology park, the other steel mills will resume production. In Kherston, Kakhovskaya HPP is operating at full capacity. Four out of six turbines are now in operation; water has returned to flow in urban and industrial areas.  The Russians also plan to restore the Херсонские комбайны (Kherson Combine Harvester) plant that once supplied agricultural machinery for the USSR. The Petrovsky plant was closed after 1991.

Finally, a look at the energy sector could not be missed: at the Zaporozhye NPP – according to the words of Deputy Prime Minister Marat Khusnullin in Melitopol on 19 May – operations will be resumed regularly and salaries will be paid in roubles. Zaporozhye NPP will work for Russia, but is ready to supply electricity to Ukraine if they pay for it

“Russia,” Khusnullin continued, “will restore all ‘liberated’ territories of Ukraine, will finance reconstruction, decisions have been made at the government level. And again he said that in all the territories taken by Russia in recent months there are plans to launch business with trade in roubles. Residents of the Melitopol and Zaporozhye region will start receiving pensions and salaries in roubles as early as May; all roads connecting the liberated territories of Ukraine with Russia will be restored’; finally, the minister said: ‘We will organise full-fledged cooperation with Crimea and the entire territory of the Russian Federation’.

In this regard, Putin on 25, May signed a decree granting the right to simplified acquisition of Russian citizenship not only to residents of the DPR and LPR, but also to residents of the liberated territories of the Kherson and Zaporozhye regions. As early as June, the authorities will be ready to issue the new passports. It is reported that rehabilitation work has begun on the port of Mariupol in order to resume shipping as soon as possible.

Returning to the electricity sector, there is a thought to be made: few have given prominence to the news of the transfer of the Zaporizhzhya nuclear power plant under Russian control. In Ukraine’s energy balance, nuclear power accounts for 54% of electricity production and, together with hydroelectric power plants, is the cheapest and balances peak consumption. Zaporozhye NPP is the largest in Ukraine: it has six VVER-1000 units, i.e. it accounts for about 40 per cent of electricity production in the national nuclear power plants and about 20 per cent of the country’s energy balance. Ukraine has nothing to replace the declining capacity and importing electricity from the EU seems unlikely and Belarus unrealistic. The loss of six VVER-1000 units at the same time also causes a blow to Westinghouse’s plans to supply its Russian and Soviet-designed reactor assemblies, as the potential sales market is shrinking, leading to an increase in the cost of a single assembly. And this still affects Ukraine’s energy system, as well as other countries considering abandoning Russian assemblies. Finally, this transition also means that Dneproges 1 and 2, which together account for 1.5 GW of installed capacity, will also come under Russian control in the future.

On balance, Ukraine’s energy system receives a severe blow to cheaper sources of electricity, which could lead to its ultimate collapse in the near future. Added to this, this year’s wheat harvest is expected to be 21.5 million tonnes, 35% less than last year. The yield will be 36.8 cents per hectare, 18% less than last year and 9% lower than the five-year average. The cultivation area decreased by 21% to 5.85 million hectares. Basically Ukraine is on the verge of economic and financial bankruptcy, this will cause international funds, including the bankruptcy that will also be military in a few weeks, to abandon Zelenzsky at which point perhaps someone will be able to set up a negotiating table.

In the meantime, deputies of the Just Russia – For Truth faction have submitted a bill to the State Duma on the creation of temporary administrations outside Russia. ‘According to the decision of the President of Russia, a temporary administration may be established in such territories for the purpose of guaranteeing the fundamental human rights and freedoms of humans and citizens, as well as maintaining public order,’ the document states. 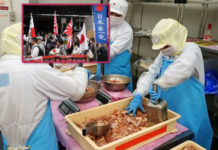 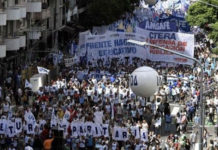