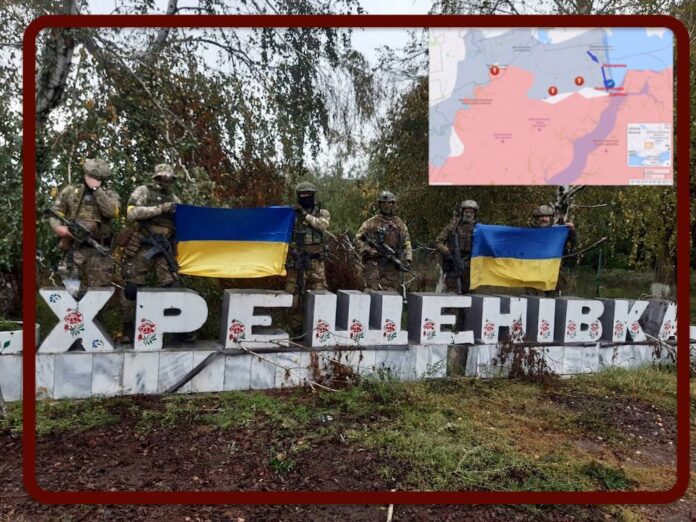 Meanwhile at the front on the southern side the Ukrainians are advancing. About 30 km a day, however, counting heavy losses.

There is an offensive by the Ukrainian Armed Forces with tanks towards Beryslav in the Kherson region. Novovorontsovka was also attacked by the Ukrainians. The Russians responded to this offensive with MLRS and helicopters, which stopped the Ukrainian advance for the time being.

Currently the Russians have retreated to the so-called grey zone near Lyubymivka Ukrainian Armed Forces have approached Dudchany on the banks of the Dnepr.

“The Ukrainian Armed Forces will try to outflank the positions of the Russian Armed Forces to force them to retreat under the threat of encirclement. The Ukrainian forces are estimated at about 3-4 mechanised battalions and at least one battalion of full-blooded tanks (more than 100 AFVs in total),’ according to former FSB agent Igor Vsevolodovič Girkin

The Russian Armed Forces repelled an attack on their positions near the Inhulec’ river.

Also from the social sphere we learn that Russian President Vladimir Putin has given the order to saturate the Ukrainian crisis with new military equipment. It seems that the Russian era of the special operation with the use and disposal of Soviet military equipment is over. Now the Russians will fight on their new products tested by 10 years of Syria and beyond. We are therefore likely to see the high-tech Battalion Tactical Group on the front line after the entry into force of the republics’ annexation law.

The source indicates that Putin took this decision after the referendum results, as well as the message that NATO will not interfere in the Ukrainian crisis.

According to rumours quoting Kremlin sources, there will most likely now be something indicative from the Russian Armed Forces. Moreover, Russian intelligence, as well as Western intelligence, is aware of the massive losses of the Ukrainian Armed Forces due to the offensives in Kharkov and Kherson. Zaluzhny reported to Zelensky that a breakthrough for Nikolaev and Odessa was possible.

It was learned from the military at the front that Ukraine had blocked the exit to the liberated part of the Zaporozhye region. 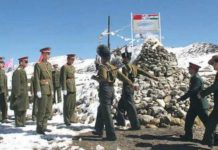 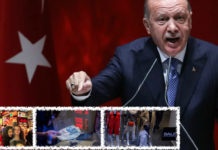 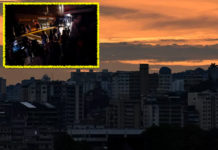 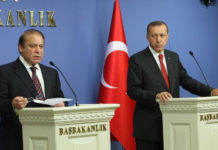