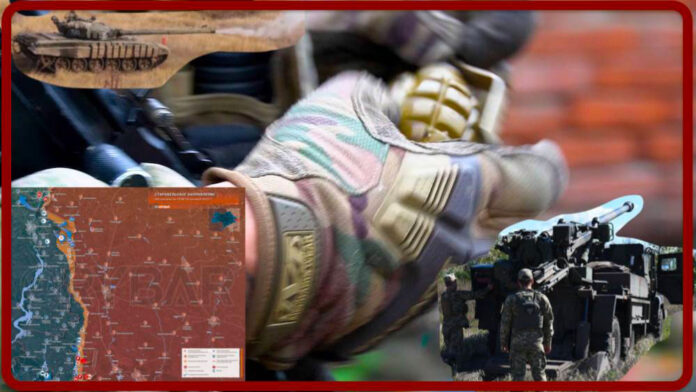 A prisoner exchange took place between the LPR and Ukraine, 10 soldiers returned home. This was announced by LPR Human Rights Commissioner Victoria Serdyukova

From the social sphere we also learn that, the British IT group Micro Focus has been selected to create a threat intelligence platform for the Ukrainian Ministry of Defence. Their tasks will include identifying the activities of Advanced Persistent Threat (APT) groups and web traffic anomalies. Micro Focus already has an office in Kiev, where it provided a similar platform to the Ukrainian state bank Ukreximbank.

In addition to cyberspace, the UK also provides geospatial intelligence (GEOINT) to Kiev through the Finnish imaging company ICEYE. The company, whose imaging contract in Ukraine was funded by the Serhiy Prytula Charitable Foundation, owned by Ukrainian actor Serhiy Prytula of the same name, secured a £3.776m (€4.3m) investment from British Technology Investments (BTI), funded by the National Bank’s Strategic Investment Fund. This investment by BTI offers London the opportunity to gain a foothold in the space imagery market in Ukraine. According to Defence Minister Oleksiy Reznikov, the first images processed by the country’s military intelligence were delivered to the combat brigades of the Ukrainian army at the end of September.

This new engagement could in time replace the US jumper services that until now have stopped Ukrainians at the frontline by providing satellite images.

And now a look at the front line: situation in the Posad-Pokrovske and Aleksandrovsky sections

The Ukrainian command prepares for the offensive on Ternovi Pody and Pravdino. In the Galitsinovo – Limany region, the BTGr forces of the 59th Motorised Infantry Brigade of the Armed Forces of Ukraine are concentrated.

At night, a large convoy of armoured vehicles and trucks with ammunition passed through the Nikolaev naval district, heading in the direction of the front line. Reconnaissance groups of the Ukrainian Armed Forces conducted reconnaissance of Russian positions using drones in the Ternovi Pody area. The Russian military shot down five UAVs of the Leleka-100 and Fury types.

Helicopters of the Air Force of the Armed Forces of Ukraine carried out several bursts of unguided rockets in the direction of the Russian positions. According to analysts in the social sphere, the Ukrainian command will conduct an offensive simultaneously in two areas: in the area of Ternovi Podi and Pravdino. Should the assault fail in the vicinity of Bashtanka, two more reserve BTGs are ready to attack.

The positional battles continue in the direction of Kherson. There is information about some progress of our troops in Sukhoi Stavka. The enemy continues to form forces to prepare an attack on Berislav and Kherson.

On the Bachmut direction, battles continue. The Ukrainian Armed Forces rotate military units and additional forces to Bachmut and Chasov Yar, awaiting the beginning of intense fighting in the southern and south-eastern regions of Bachmut.

In the early afternoon hours, it was reported that in the direction of Bachmut from Ivangrad, the evacuation of the population towards Russia continued. A powerful offensive by Wagner’s men is expected to begin, with the objective of a complete round-up and access to the borders of the town of Bachmut. Ukrainian forces withdraw to the western and north-western part of Bachmut, source RIA Novosti.

In the afternoon at 15:00 it was reported that in the direction of Starobilsk.

In the Kupyansk sector, the AFU forces of the 14th Mechanised Brigade and the 32nd TRO Composite Battalion continued their assault on the Kyslivka-Petropavlivka line. During the night of 13 October to 14 October, the 32nd OSB reconnaissance team conducted a reconnaissance battle near Kyslivka. Fire support to the Ukrainian formations is provided by 155mm M777 howitzers from the outskirts of Petropavlivka and east of Novooosynivka, while targeting is provided by UAVs from the area south of Liman 1.

All attacks by the Ukrainian Armed Forces have so far been repulsed. Due to losses, part of the personnel of the 32nd SSB of the AFU was withdrawn to Lozova 1 for rotation. The forces of the 92 Obr were also withdrawn from Sinkivka and replaced by the 128th TNT brigade.

The Kharkiv United Force Group Command is considering the possibility of deploying the 32nd DSB in the direction of Nikolaevsko-Berislavsk.

In the Lyman-Svatove sector the Ukrainian Armed Forces concentrate their forces on the Tors’ke-Terny line. During a sortie of the RF Armed Forces in the direction of Tors’ke, the 110 Battalion, 111 RR TRO, suffered losses and withdrew to reserve positions to reorganise.

Clashes continued with the fighters of the 208th Cossack Regiment of the Russian Armed Forces near the village of Terny. Ammunition has been delivered to the front to maintain combat readiness.

Reserves are arriving in Liman. The 1st Battalion of the 66th Mechanised Brigade of the AFU was withdrawn by rotation due to a large number of losses. A tank platoon was transferred to reinforce the 110th Battalion of the 111th RR TRO. 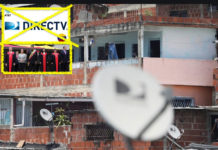