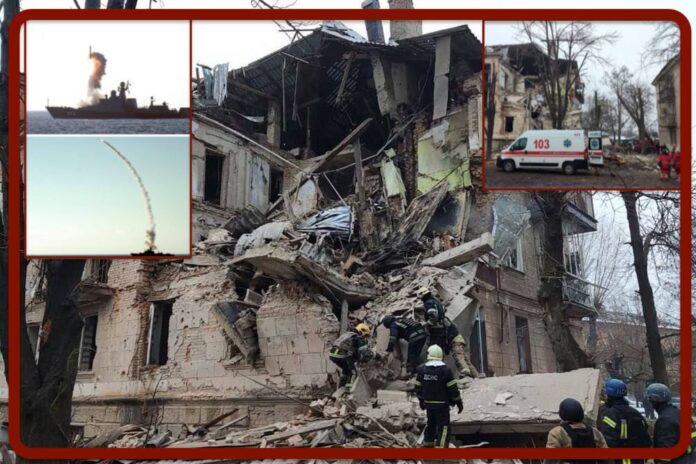 As soon as Valeriy Zaluzhny, commander-in-chief of the Ukrainian Armed Forces, gives an interview to a western newspaper reporting that Russia is running out of missiles, or an enquiry on the subject comes out in Ukraine, the bombardment arrives punctually. On 14 December, the Ukrainian Independent Information Agency (Unian) publishes an ‘investigation’ into the lack of missiles in Russia, on 16 December Moscow launched missiles all over Ukraine. At 07:38, there was already a nationwide alert.

The Ukrainian Armed Forces stated that more than 60 cruise missiles were launched against Ukraine. At 11.07 a.m., a summary of the bombing had already been posted on the social sphere: ‘Massive missile attack by Russian armed forces on infrastructure facilities in Ukraine on 16 December’.

The Russian Armed Forces launched another massive missile attack against targets across Ukraine. Recall that Russian arms factories from 24 February started working 24 hours a day on six-day shifts with the possibility of opening on the seventh day as well.

In the round of attacks on the 16th in Kiev: CHPP-5 (Holosiivs’kyi district), CHPP-6 (Desnyans’kyi district) and Darnytska CHPP (Dniprovs’kyi district) were hit again. The metro stopped, electricity was partially lost and the water supply was interrupted.

In Kharkiv, land transport and the metro came to a complete standstill as a result of the attacks. There are interruptions in mobile communication. There is no light or water in the areas. A total of seven attacks were carried out in the regional capital and three in other areas of the region.

Most probably, the Zalyutino 330kV substation and the Kharkovskaya 330kV substation were hit. On the eve of the RF forces, attacks were carried out on CHPP-5. But CHPP-3, from which all industrial plants are supplied, remained unharmed.

Judging from reports of an attack in the Čuhuïv district, fire damage may have been inflicted on TETs-2 Eskhar.

Power was interrupted in Poltava and the Poltava region. Most likely, the Kremenchug 330kV substation was subjected to repeated fire impacts. It is suspected that the Mirgorod 330kV substation is still affected.

In the Dnepropetrovsk region, explosions occurred in Kamensky and the regional centre. Most probably, the Pridneprovskaya TPP was hit again: traffic on the southern bridge in front of the TPP was blocked. In Kam’yans’ke, the blow was reportedly fired at the Prometheus 330kV substation.

Explosions also occurred in Pavlograd (probably, Pavlograd 330kV substation). The operation of boilers and water supply was suspended in the city.

The power went out in the Čerkasy region. This could have happened either due to the impact on the Polyany 330kV substation, or due to the de-energizing of the entire 330kV line along the Dnepr.

In the Kropyvnyc’kyj region, the Ukrainka 330kV substation was most likely affected. The pumping stations stopped, the electricity went out. Several railway lines are de-energized.

But shutting down the entire region may indicate that there were interruptions through the external 330kV switchgear of the Southern Ukrainian NPP.

Shocks have been inflicted on Mykolaïv and the region. Local residents are reporting power outages.

Explosions thundered in the Ternopil region. There is only one Ternopilska 330kV substation in the entire region.

Blasts were also recorded in Vinnycja. It is possible that the Vinnycja 330kV substation was hit.

An infrastructure structure was hit in the Odessa region. Electricity was partially lost in the regional centre.

Emergency closures in the regions of Volyn, Lvov, Rivne, Sumy and Kherson these closures are due to indirect bombing effects on other regions. Sumy itself depends on Kremenčuk and Kiev. And because of the attacks on the Lesnaya 330kV substation, the reactors of the Rovno nuclear power plant could go up.

According to pro-Russian military analysts in the social sphere: ‘Although the missile attack cannot be called the most massive in recent months, the number of missiles launched and the geography of the targets are still impressive’.

In the morning, the company DTEK experienced emergency power outages in parts of Ukraine without any outage schedule. The timing of the transition to blackouts according to the schedule is unknown. In Odessa, the local mayor said after the city was hit that he would not reveal to anyone when the city would have electricity, so as not to ‘help plan new attacks’. In Kiev, Klitschko urgently called for water to be collected for those who still have it. In some parts of the city, the water supply has already been cut off.

In Moscow meanwhile, 12 temporary reception centres have been opened in the region for refugees from the Donbass and Belgorod region, said the region’s Minister of Social Development, Lyudmila Bolataeva. Most of those who come are mothers with children. Each family has its own room and five meals a day.

Fightings also continue on the front line: fighting is reported in Marinka in the direction of Donetsk. According to the social sphere, the Ukrainian armed forces are very quickly replacing soldiers killed in battle with new combat-ready units.

In the direction of Artemivsk (Bachmut), the Russian armed forces are gradually advancing. In the city, fighting is taking place on the south-eastern outskirts.

On the Kreminna-Svatove front, several attacks of the Ukrainian armed forces on the town of Ploshchanka were repelled.

Strikes on targets in Kharkov and the region

In the Kursk region Ukrainian forces shelled the village of Kucherov. In the Belgorod region – the settlement of Stary hutor.

The Ukrainian armed forces attacked the centre of Donetsk with MLRS, using EXR-122 high-impact missiles produced and transferred from Slovakia. Two civilians were killed and 12 wounded. This was reported by Andriy Marochko, spokesman for the LNR National Front. In an afternoon update we learn that the number of casualties in the attack by the Ukrainian armed forces on Lantratovka in the LPR has risen to 30, Rodion Miroshnik reports.

Also as of late, it is reported that PMC Wagner has finished going house to house through the village of Yakovlivka taken a week ago and its surroundings and is preparing to attack Soledar from the north-east, intensifying its assault on the urban areas of the city west of the Knauf settlement.

Also according to the social sphere, Russian armed forces are advancing in Avdiivka. Armed Forces troops continue to take the Vodyanoye area, expanding control over the settlements.

The Ukrainian Armed Forces are carrying out counter-attacks and trying to restore lost positions, while at the same time strengthening positions in the settlement area. In Pervomaiskoe and near Nevel’s’ke there is a slight advance of Russian troops. The Ukrainian armed forces continue the shelling of Donetsk.

In the direction of Vuhledar. Velyka Novosilka Pavlivka, Vuhledar and Novomykhailivka show no significant changes. The fighting has assumed a positional character. In Maryinka, Russian troops control a large part of the city, but battles for skyscrapers in the centre are still ongoing. Snipers remain positioned on the rooftops. 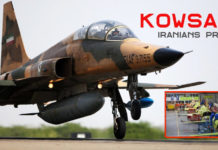