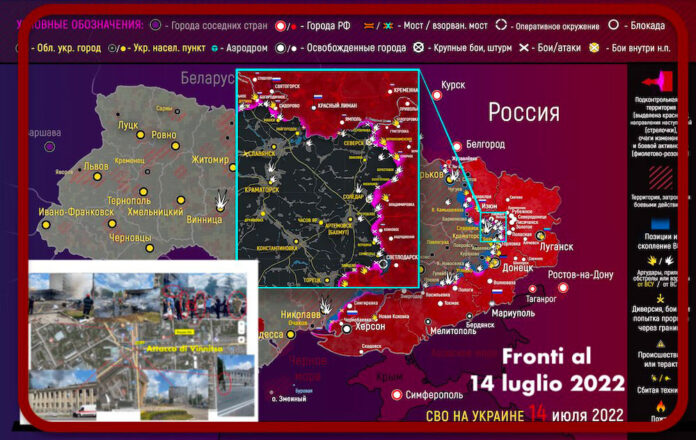 On 13 July, an ordinance was issued in Ukraine, according to which women employed in the fields of chemistry, engineering, biology and medicine must register with the army as of 1 October.

According to Ordinance No. 35 of the Ukrainian Ministry of Defence, women educated in the fields of food technology, light industry technology, psychology, pharmaceuticals and veterinary medicine must also be registered. A complete list of specialities can be found on the Ministry’s website. According to Ukrainian lawyers, writes Zerkalo Nedeli, the Defence Ministry’s order lists the specialities linked to the corresponding military specialities and the very fact of their receipt contains the obligation for a woman to register for military service. On 15 July, the General Staff of the Ukrainian Armed Forces clarifies that it will be on a voluntary basis.

Men capable of war and not pro-Russian in Ukraine are beginning to be in short supply, just like reservists and foreign mercenaries. The only thing Ukraine does not lack are weapons, which as written elsewhere can be bought on the deep web from all over the world with free shipping.

Yet according to Alexei Gromov, deputy chief of the main operational directorate of the General Staff of the Ukrainian Armed Forces, in a week, Ukraine has not lost a single metre of land, it would be easy irony to say that evidently the government itself would not consider the Donbass to be Ukrainian territory… unfortunately Kiev is losing ground.

Kiev cried scandal over the attack on the base in the town of Vinnitsa. The attack was supposedly aimed at a hospital according to the Ukrainian narrative, but published photos have disproved this because it can be seen that the target was the Officers’ Circle, a temporary accommodation point; furthermore, no Ukrainian newspaper shows the equally lethal effects of the Ukrainian attacks on Donestk.

We learn from social sources that most of Seversk has been captured by the Russians. The Ukrainian Armed Forces are withdrawing because the presence on the plain is detrimental to their defensive lines. Previously, Verkhn’okam’yans’ke had been taken by the Russians and allies, and the 6th LNR army regiment had occupied the village of Stryapivka. In the Seversk area, fighting took place between Hryhorivka and Serebryanka, which were taken by the Russians.

Local residents report that Russian troops are entering Soledar from the north-east. Fighting is taking place in the green areas of the dacha sector and near the garage. In the vicinity of Slavyansk, fighting is taking place in the forest near the village of Mazanivka and along the Izyum-Slavyansk highway near the village of Dolyna, while to the east there is fighting near Pryshyb and Sydorove. Ukrainian tactical drones operate in the area.

In the Donetsk direction, Kamianka, through which the Avdiivka-Kostjantynivka highway passes and which covers Avdiivka from the north-east, is under the control of Donbass and Russian forces. This still does not allow the Russians to reach Avdiivka but is nevertheless a step forward; they will now try to gradually bypass the city from the north and press it even further with artillery, as well as cut the Orlivka-Avdiivka road.

In the direction of Zaporizhia, skirmishes continue in the Pavlovka area. In addition, the Ukrainian Armed Forces again launched an unsuccessful attack from Olhivske (between Velyka Novoselka and Huliaipole). In the southern direction there is a concentration of Ukrainian forces near Kryvyi Rih.

The target of the missile attack in Vinnitsa confirmed by the Russian Ministry of Defence, was the Officers’ Circle, which according to Russian intelligence was the headquarters of the Ukrainian Air Force Command and the staff mobilisation centre.

In Mykolayiv, a hotel where Ukrainian commanders were staying was destroyed, but it is not possible to verify this at the moment. 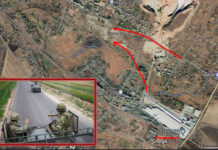 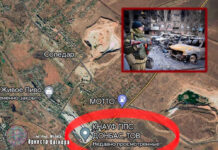 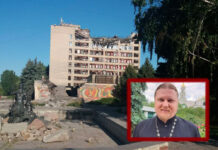 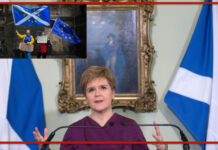