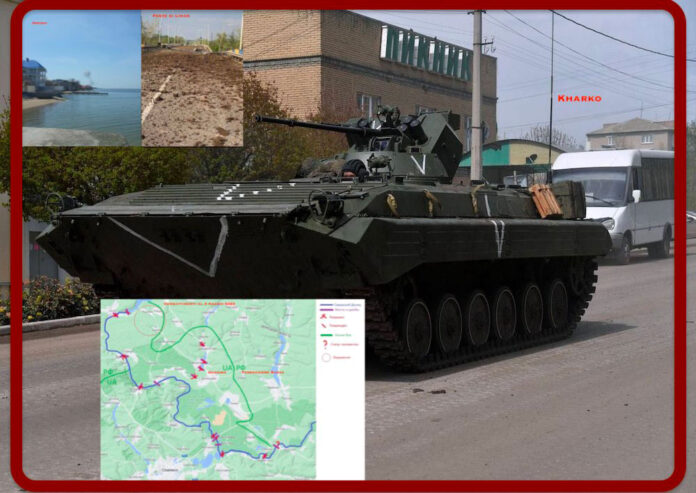 On 3 May the Ukrainian ambassador to the UK, Vadym Volodymyrovyč Prystajko, said that the time for negotiations between Kiev and Moscow was over. Not only did the German Chancellor, Olaf Scholz, call it “liverwurst” after the Chancellor responded to the Ukrainian refusal to host German President Frank-Walter Steinmeier on an official visit with a no to his visit to Kiev.

Meanwhile it is reported that the large-scale Defender Europe 2022 and Swift Response 2022 exercise is about to begin. Eighteen thousand men from 20 countries are taking part in the largest military exercise in 9 European nations that will last a month. Russia’s social sphere has begun commenting on the first phase of Poland’s exercise, which involves “occupation” over western Ukraine. Among the sites most closely watched by the Russian social sphere is the Beskydy Air Tunnel, which is guarded by the Ukrainian armed forces, which have tightened security in order to preserve the transit of military equipment from Europe. The tunnel, located on the border between Lviv and Transcarpathia regions, is the main transport artery between Western Europe and Ukraine.

According to open source data, the Beskydy tunnel is the second longest railway tunnel in Ukraine (after the Lutuginsky tunnel in the Luhansk region). It is 1764 metres long, 8.5 metres high and 10.5 metres wide. The tunnel runs at a depth of 182 metres from the surface of the Beskydy Range. The thickness of the concrete reinforcement layer is about 70 cm.

In the meantime, the war in Ukraine continues, with the hottest fronts remaining Kharkiv, Izyum, Lyman, Popasnaya and Odessa.

Having freed 239 civilians from Azvostal, the Russians bombed the site on 3 May. The Russian army launched an assault on Azovstal, according to Azov sources. At the moment what you see in the pictures are columns of smoke rising from the plant.

Going to Odessa: High-precision Onyx missiles hit a logistics centre in a military airfield at Shkolny airport, through which foreign weapons were delivered. Hangars with unmanned Bayraktar TB2 drones, as well as missile weapons and ammunition from the USA and European countries were destroyed, and finally an aircraft repair facility. According to social sources on two nights six Ukrainian military targets were hit. These included a protected command post, an ammunition depot near the village of Slatino and four areas of concentration of men and military equipment. Also in the Odessa region, another missile attack was carried out on the bridge over the Dnestr estuary. The bridge is of strategic importance: it connects the southern part of the Odessa region with the rest of the territory of Ukraine. It also crosses the road from Romania, in particular from the port of Constanta. If the bridge is permanently destroyed, the only way to travel overland will be through the territory of Moldova. Previously the railway bridge had been hit.

In Kharviv: missiles hit the command posts of the 81st Air Mobility Brigade near the settlement of Dolina and the 77th Territorial Defence Brigade near Podolovka in the Kharkiv region. In addition, an anti-aircraft missile launcher of the S-300 system was destroyed near Kulbakino in the Mykolayiv region. Artillery units hit 54 artillery firing positions of the Ukrainian Armed Forces, 38 strongholds and 195 areas where Ukrainian military men and equipment are concentrated. Up to 230 nationalists and 52 pieces of weapons and military equipment were destroyed. Ukraine disconnected the Kherson and Zaporozhye regions from mobile phone and internet services, said Oleg Kryuchkov, information policy adviser to the Crimean leader. Unverifiable Russian sources report that the commander of the AFU battalion, Major Alexander Pedan, was killed near Kharkiv.

Many videos are posted on the social sphere from the Liman area, burning forests and firefights. The Ukrainian armed forces reportedly blew up the road bridge between Slavyansk and Liman. If this is confirmed, it would mean that the armed forces of Ukraine have withdrawn and Krasny Lyman has come under the control of the DPR popular militia. According to other, local sources, the situation in the Krasny Liman area is as follows: Yampol – under Russian control; Ozernoe – grey area, fighting; Ozyonoe – Zakotnoye MOST is the scene of clashes.

From 19 April to 3 May, a series of posts informed that: in Zakotnoe – military arrivals; in Ozernoe – Curva Luka bridge uninhabitable; in Kriva Luka – military arrivals; in Dibrova – grey area, fighting; in Raygorodok – railway bridge destroyed, cars – damaged; in Liman: fighting on the outskirts from south-east to north. Tarifie is under control of the Russian Armed Forces; in Drobyshevo – people are digging in gardens; in Shandrigolovo – military arrivals; in Aleksandrovka control of the Russian Armed Forces; from Krymki there is no news; as in Yatskovka and Rubtsy. According to unconfirmed reports, about a thousand soldiers of the Ukrainian armed forces are surrounded in Yatskovka and Rubtsy. Oskol is a town and the right bank are under the control of the Russian Federation. Yaryomovka – Studenok are without connections.

News is awaited from Zaporozhye, where the 9th Regiment of the People’s Militia of the DPR has arrived. Its fighters were on the Mariupol front then moved to the Zaporozhye area and brought with them the weapons requisitioned in the Mariupol area, in the videos posted on the social sphere one can see Hummers belonging to the Ukrainian army and also weapons and ammunition such as 155-calibre cannons. 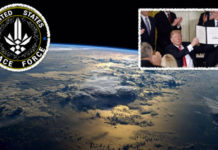