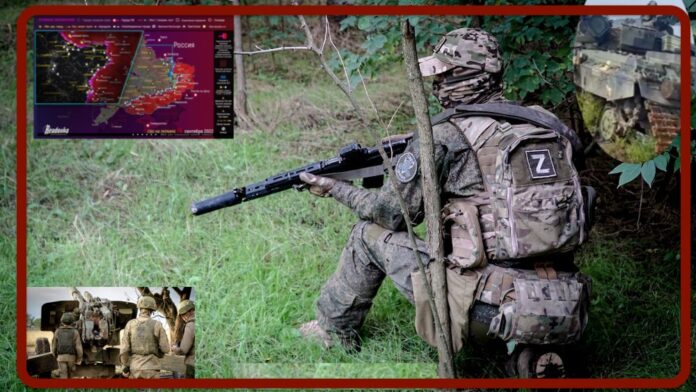 While excavations continue in Izyum trying to name the dead, who for the Ukrainians were killed by the Russians and vice versa, the truth lies somewhere in between. Remember that on some graves is the date March, when Izyum was controlled by the Ukrainians. Spontaneous cemeteries are not mass graves, they are places far from population centres where soldiers and civilians killed during the conflict are buried. On 17 September alone, the Russians claimed to have killed 180 Ukrainian soldiers.

And now we come to the front lines up to midnight on 18 September.

In the Izyum-Slavic direction. Information has emerged that the Ukrainians, having failed to raid Krasny Liman directly, are trying to bypass the town – and are rushing into the strategically important village of Dibrova.

On 18 September, during the fighting for Veselaya Dolina, near Bachumut, the Wagner group seized a nearby energy facility, the Donbasskaya substation. This is one of the key facilities for the supply of electricity to the northern regions of the Donbas.

In the direction of Donetsk, information continues to come in of fighting in Krasnohorivka. It is an important settlement and its capture by the Russians should push the Ukrainian artillery further away from Donetsk.

The Russians are talking about a terrorist attack in Melitopol, Vladimir Rogov said that the explosive device was placed in a rubbish can and damaged a civilian car passing by at the time. Apparently there was an attempt at a terrorist attack, but it failed: no one was injured.

The Ukrainians bombed: Donetsk, Makiivka, Yasynuvata and Gorlovka: 9 wounded in Donetsk, in Horlivka – 5 dead and 3 wounded, in Makiivka – 1 wounded. And again pro-Ukrainian militants shelled the very Yelenivka colony, where their prisoners of war are held, including prisoners of “Azov” – 1 prisoner killed, 4 wounded. They also fired on Volnovakha – 1 wounded. In the Zaporizhzhia Oblast, the village of Kuybyshevo was shelled, a five-storey building was hit, but fortunately there were no casualties. Also under fire was Kherson, where the target was most likely a humanitarian aid centre according to the Russians, with Nova Kakhovka.

The Russians again hit the Slavyansk OPT in Mykolaivka – apparently out of action. There, as well as in Kramatorsk, they hit Ukrainian militia and PMC ‘Academy’ (US) headquarters. In Kharkiv, an ammunition depot of the 14th mechanised brigade of the Ukrainian Armed Forces was bombed.

Interestingly, Russia started to target Ukrainian artillery, including imported artillery. Geranium kamikaze drones, originally the Iranian Shahid-136, are used for this purpose. At the same time, there is increasing talk of military transport planes arriving in Moscow from Iran. 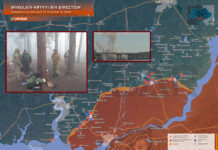 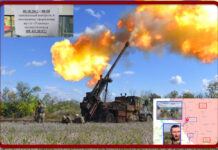 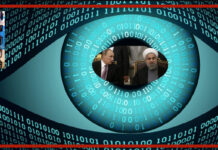