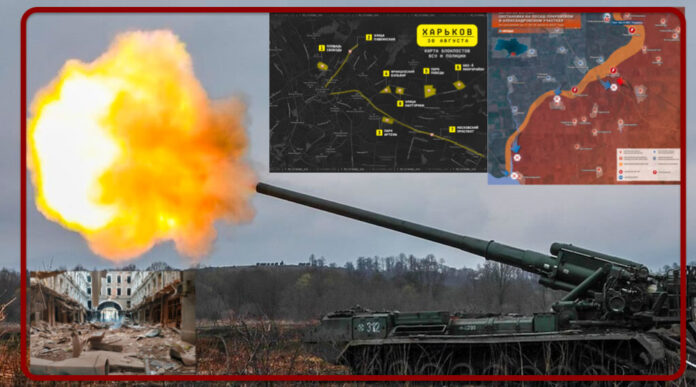 We try to depict the battle in Kherson, which has been ongoing for about 48 hours. The data is updated at 11.30 a.m. on 30 August. In particular, fighting is taking place at the Posad-Pokrovsky and Aleksandrovsky sites

During the night, the Armed Forces of the Russian Federation pushed back the Ukrainian armed forces on the Blagodatnoye (Petrovske) – Pravdino line, only 4 km from Posad-Pokrovsky. In the north-east, the Ukrainian units reached Krasnye Znamya (Lubomirivka), but were unable to advance further. According to preliminary information, Terny Pody is under Ukrainian control.

A Mi-8 helicopter of the Ukrainian Air Force was shot down near Novohrigorovka: most likely, the Ukrainians attempted to fire the machine guns mounted on board at the Russian positions in Krasnoye Znamya (Lubomirivka).

Fighting continued near the farms in the village of Soldatskoye, 3 km south-west of Posad-Pokrovskoye. All Ukrainian offensive attempts at Pravdino were repelled, Russian airborne units held the line. Information about a breakthrough towards Chervoniy Podol (Mirnoye) was not confirmed.

From the direction of Tavriyskoye (Kirovo) the Ukrainian forces attempted to develop an offensive on Aleksandrovka by forcing a drainage channel. At the same time, they tried to advance across the dam towards Oleksandrivka from the west. Both attempts were repulsed.

During a day and a half of fighting, the Russian Armed Forces prevented the Ukrainian Armed Forces from advancing towards Kherson and entrenched themselves safely 4 km from Posad-Pokrovske. Had Ukraine lost the initiative and had its forces at its disposal, this would have been the ideal time to launch a counter-offensive and expand the buffer zone by taking Posad-Pokrovsky and Stepova Dolyna. But the Ukrainian offensive is not yet over, even if its intensity is diminishing.

At 11.41 a.m. on 30 August, the Ukrainian news agency, Strana V, also posted a list of new checkpoints set up in Kharkiv, another hotspot smelling of attacks, based on information provided by sources. The day before, police checked documents at the following locations.

📍 Roadblocks and police in Svoboda Square;

📍 The roadblock near Pushkinskaya Street;

📍 Roadblocks and narrowing of carriageways near Artema Park; 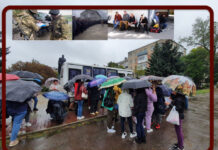 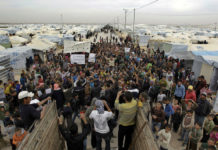