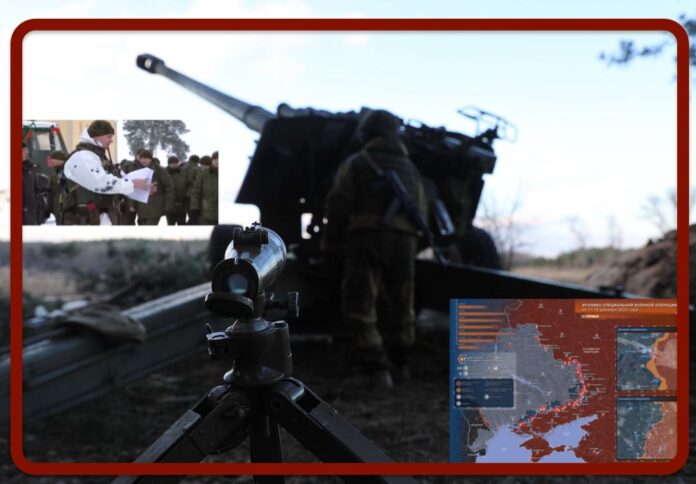 In Russia, “The citizens summoned in the spring will serve for a year and a half, and those summoned in the autumn of 2023 will already serve for two years.” This was reported by the military commissar for Dmitrov, Taldom and Dubna, Lieutenant Colonel Mikhail Fotin, according to whom the leadership had brought information to the military registration and enlistment offices that conscripts would serve for a year and a half as early as next spring. “Due to the fact that our northern neighbours are joining NATO and it will be necessary to form new formations and complete them, including conscripts,” said Fotin according to whom the partial mobilisation was not completed, but suspended.

The question of how long conscription will last in Russia is not a secondary one: its lengthening shows that they expect the conflict to last a long time in Moscow, and they also expect an expansion involving other nations and are therefore preparing for it.

To get an idea of what is happening at the front line, Defence Minister Sergei Shoigu inspected the Russian troop group in the special operations zone in the southern military district on 18 December.

The Minister flew over the areas where the troops are deployed and inspected the forward positions of the Russian units in the NVO zone. The General then spoke with the Russian military and thanked the personnel for their exemplary execution of combat missions. He also listened to the commanders’ reports on the current situation and the actions of Russian troops in the operational areas. This testified, moreover, that Vladimir Putin intends to keep his promise that there will be no Christmas truce at the front.

On 18 December for the first time continuously the Ukrainians fired into Russian territory, 12 explosions resounded in the sky above Belgorod.

All missiles fired by the Ukrainian Armed Forces were intercepted by the air defence systems, but the debris that fell on the city damaged cars, explosions damaged apartment blocks, as well as private homes.

At the end of the day, Belgorod Region Governor Gladkov confirmed that the missiles left one person dead and 12 injured. ‘About 60 flats, and two private houses and 32 cars were damaged in Belgorod as a result of the shelling,’ said the city’s acting mayor Valentin Demidov. On 19 December, following the shelling by the Ukrainian armed forces in Shebekino, Belgorod region, the power supply was interrupted.

Local residents report at least six explosions in the city. Some 14,000 residents are currently without electricity. Emergency teams are starting to reconnect to backup power sources.

Not only that, the United States recognises Ukraine’s right to plan and conduct military operations in Crimea, says National Security Council coordinator John Kirby. The Ukrainian president, Volodymyr Oleksandrovyč Zelens’kyj, said on 18 December in an interview with French TV channel TF1 info: ‘I love Crimea. And so I will be happy to come to our Ukrainian Crimea by sea. It would be nice to come there in the summer of 2023,’ the president of Ukraine said.

If so, since Crimea hosts Russian bases and shipyards as well as Russian nuclear submarines, Moscow’s response would be very harsh.

On the front line the war continues.

The Russian army has taken control of the village of Yakovlevka in the Donetsk People’s Republic (DPR) and house-to-house searches for Ukrainian soldiers are underway. Source Russian Defence Ministry Igor Konashenkov.

On 18 December, the Ukrainian armed forces conducted a massive shelling of Donetsk. The hospital was severely damaged. Kalinin. Fires broke out in buildings 2 and 6, patients were evacuated. There are reportedly 11 dead and 17 injured after the shelling of Lantratovka in the LPR. Source republic’s representative office in the JCCC.

In the direction of Starobil’s’k: There are no significant changes in the situation in the Kupyansky sector: positional battles continue on the Liman 1st-Olshana line. On the Limansky sector, clashes are taking place in the Makiivka area. The parties are engaged in artillery clashes along the line of contact: the Russian Armed Forces hit the concentrations of the Ukrainian Armed Forces in Vyšneve , Kupyansk, Tabaivka and Kotlyarova.

Soledar Direction: The Ukrainian command transferred units of foreign mercenaries to Soledar to contain the offensive of the Russian troops. On the Bachumut (Artyomovsky) sector, assault detachments of the Wagner PMC are fighting in Bachmut, Opytne and the outskirts of Kleshchiivka.

Units of the 3rd Battalion of the 28th Brigade and the 46th Brigade of the Ukrainian Armed Forces tried unsuccessfully to attack the positions of Russian troops in Ozerianivka.

In the Тorec’k (Dzerzhinsky) sector, the Ukrainian Armed Forces are forming assault groups in the vicinity of Neu York (Novgorodsky).

In the Lugansk People’s Republic: The Ukrainian Armed Forces fired rockets from the HIMARS MLRS at civilian facilities in Alchevsk and Shchastya: three civilians were killed, five wounded.

Donetsk direction: Russian Armed Forces’ motorised rifle units continue to advance into the centre of Maryinka, breaking through enemy defences on Druzhby Avenue. To the south, assault detachments of the Ukrainian Armed Forces drove Russian troops from positions in the fields south-east of Pobeda. Ukrainian formations shelled settlements in the Donetsk agglomeration: residential buildings and a hospital in the centre of Donetsk were also attacked. One person died, four were injured.

In the Polonsky section of the reconnaissance group of the 79th battalion of the 102nd arrondissement of the TRO of the Armed Forces of Ukraine, with the help of UAVs, monitored the movement of Russian troops in the area of the Shirokoye, Marfopol and Stepanovka settlements.

In turn, Ukrainian formations attacked civilian targets in Nova Kakhovka, part of the settlements in the Nova Kakhovka urban district were without power. 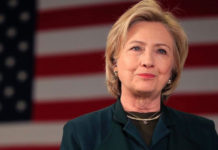 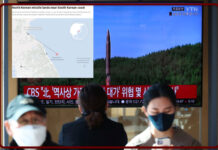 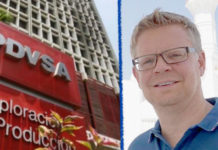