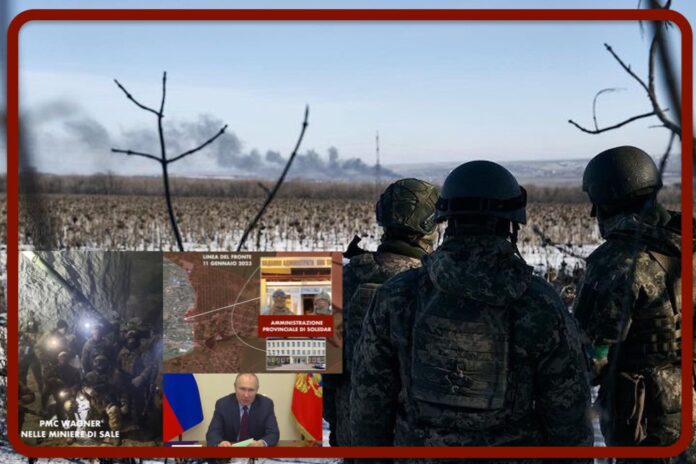 Ahead of Defence Minister Sergei Shoigu’s report on 1 February where Vladimir Putin expects solutions for logistics and other needs at the front, on live TV the President of the Russian Federation promised that all problems related to the supply of units involved in the special operation will be solved.

Putin said in the meeting with the government by video conference that “nothing that the enemy had predicted for Russia in 2022 has happened. We must achieve sovereign development in the near future against external pressures. The Russian Federation will improve the country’s defence capability and continue to implement massive social programmes. The country has all the resources to implement the priority programmes’.

On the Ukrainian side today it is the foreign media, those who have supported the Zelensky government for many months, that are talking. According to the British Independent newspaper, ‘Kiev will not be able to go on the offensive and recapture significant territory controlled by Russian forces without an increase in combat power, including tanks and other heavy equipment (…) The Ukrainians will not be able to recapture significant territory without a change in their balance of forces from last year. The balance of power between Russians and Ukrainians is too precise,’ one official told the newspaper. In his view, ‘something has to break this stalemate’, especially if the Ukrainians ‘want to recover territory and go on the offensive’. “The main tanks and APCs are part of it,” the official said.

NATO will on Thursday hold a meeting with the defence ministers of the member countries to figure out where to rake in more weapons to send to Ukraine. The meeting will be held at a German military base. “NATO and the EU have exhausted their military reserves by providing aid to Ukraine,” Stoltenberg said.

Meanwhile from the front come pictures and news via social media showing the weapons promised by Shoigu to the Russian army already in operation. Mostly improved and better performing drones. A senior Russian military official explained on live TV on channel 360 that ‘to hit a stronghold you usually ask for a bombardment with 800 rounds of different calibre, while now these requests are no longer coming, a sign that the drones have improved their aim and a lot of ammunition is starting to be saved at the front’.

A Ukrainian soldier from the 46th Airborne Brigade fighting in Soledar told CNN that the situation is ‘critical’ and the death toll is so high that ‘nobody is counting the dead’. “No one will tell you how many are dead and wounded. Because no one knows for sure. Not a single person. Not at headquarters. Not anywhere. Positions are constantly being overrun and intercepted. What was our home one day becomes Wagner’s home the next,’ he said.

Russian General Alexander Lapin has been appointed chief of the General Staff of the Armed Ground Forces, according to the Russian newspaper RBC, based on Russian Defence Ministry sources.

The news of the day, however, is that Soledar is close to complete occupation by the Russians, ‘fighting has moved to the western part of the city,’ said DNR chief Denis Pushilin. He also stated that once Soledar is ‘liberated’, good prospects will also open up for the ‘liberation’ of Bachmut.

“Soledar’s defenders are doing everything to exhaust the enemy, to reduce its offensive potential as much as possible. So that even its tactical successes result in a great Pyrrhic victory,’ said the spokesman of the Eastern Group of Ukrainian forces, Sergey Cherevaty.

Since around 9pm on 10 January, WAGNER has controlled the centre of Soledar. Posted online are two photos of the military in the salt mines. Of the same hour is a statement by PMC Wagner founder Yevgeny Prigozhin: ‘The units of PMC Wagner have taken control of the entire territory of Soledar’. Basically, as on other occasions, the ‘Wagnerians’ have created a cauldron in which the Ukrainian military is trapped. It is now awaited to know how many prisoners there are.

At about 08:00 Italian time, Marinka, in the DNR, is also almost completely under the control of the Russian armed forces, the Ukrainians are present in the suburbs, said DNR chief Denis Pushilin.

At 09:20, again via social media, it was announced that Russian forces controlled the village of Podgorodne in the DNR, on the outskirts of Bachmut, where street fighting is ongoing.

At 11.18 a.m. on 11 January, the Russian Defence Ministry stated: ‘Soledar blocked from the north and south by airborne troops, air force strikes enemy strongholds, assault teams fight in the city’.

At around 12 noon, again via social media, it is learned that: ‘that Russian forces are raking Soledar in the DNR, the town can already be considered taken’. Apti Alaudinov, commander of the Akhmat special forces and deputy commander of the 2nd army corps of the People’s Militia of the LNR, said this on the broadcast of the Rossiya-1 TV channel. According to him, the situation is also good in Bachmut, where PMC WAGNER fighters together with paratroop units are achieving results.

“The capture of Soledar in the DNR paves the way for the complete liberation of the republic,” Pushilin said. According to him, Marinka is also already practically under Russian control. 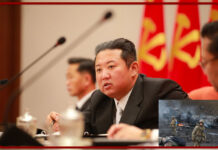 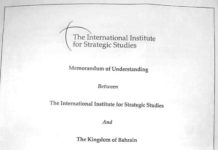