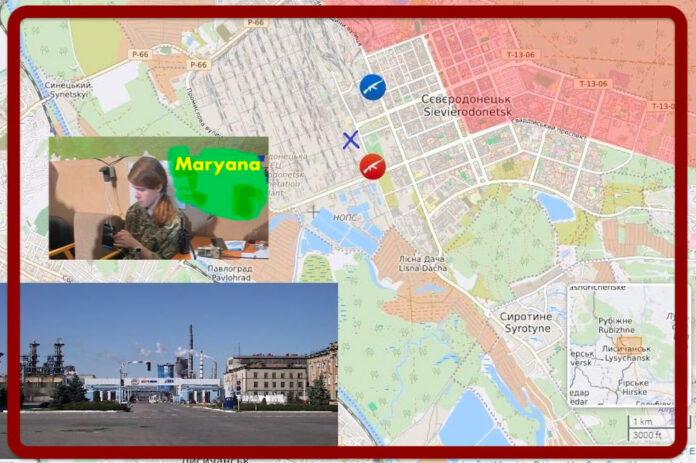 In the Russian-Ukrainian conflict, there is a lot of unreported news. From the evidence of massacres, to the numbers of soldiers involved in battles, of course on both sides. On Ukrainian chat rooms there is still talk about the missing identity and thus the number of victims of the Moskva. Russian military ship sunk on 13 April after being hit – it seems by a missile – while trying to return to port.

On the Russian side, on the other hand, it is beginning to look as if Ukraine is about to begin the battle for recovery or defeat, in other words, the final one: on 10 June, Mykhailo Mykhailovych Podolyak, Zelensky’s advisor, said that Ukraine was losing up to 200 military personnel a day, twice as many as Reznikov and Zelensky had claimed in the previous days. Podolyak therefore publicly corrected the figure of daily losses of Ukrainian troops previously announced by Ukrainian Defence Minister Oleksiy Reznikov and the Ukrainian head of state. His statement said: ‘The losses of the Ukrainian army now range from 100 to 200 per day, this is the highest estimate of the number of military dead,’ he said. Casualties per day amount to 500.

If these figures are true, we are talking about 20,000 dead and 50,000 wounded in the first 100 days of the war. To these must be added the prisoners in Russian hands of around 6,500 (figures updated to 90 days of conflict). This brings us to approximately 76,500 military personnel incapacitated at the front. Add about 100 soldiers in Ukrainian detention camps for desertion and we arrive at about 76,600 military personnel unable to fight.

On the day of the start of the Russian invasion, 24 February 2022, according to the sources of the Ukrainian armed forces, these consisted of 250,000 people, of whom 204,000 were military personnel and another million were in the mobilisation reserve (reserve not militarily trained and not ready for armed conflict). By February 2022, the ground forces are staffed by 145,000 personnel. About 60,000 others were recalled from the reserve and sent to the wards. The Ukrainian armed forces, let us remember, are the third largest army in Europe after Russia and Turkey.

On 10 June, DPR Deputy Information Minister Artem Olkhin stated that some 60,000-70,000 Ukrainian soldiers could be stationed in the urban agglomeration from Avdiivka to Sloviansk. Which means, if these figures are true, that the combat-trained soldiers are all at the front in the Donbass. The others would under no circumstances be ready to hold the front line for more than a few hours. Therefore, the battle of Sloviansk becomes militarily crucial. The goal of the Donbass and Russian militias is to create a new cauldron and encircle the Ukrainian troops. Ukrainian security in this case could be seriously complicated: the loss of Severodonetsk for Kiev would be just another, but the destruction of the best-trained security units will become the second major ‘terror’ after Mariupol. The pro-Russian social analysts are thanking, in an ironic tone Budanov Kyrylo Oleksiyovych: ‘The situation has worsened significantly after the arrival of a large delegation from Kiev, led by the head of the GUR Budanov and our ‘friend’ Bezuglya (Maryana Bezuglya MP ed.), who controls all the actions of the Nazis in the region’.

And now we come to the situation at the front. In the north of the Kharkiv region, the Armed Forces of Ukraine continue to regroup forces for a new offensive attempt with access to the Russian border. As part of the rotation, additional units arrived in Udy, Odnorobovka and Konstantinovka. Several howitzers were moved to Shestakovo.

In Petrovka and Cherkasy Tishki the Ukrainians received additional MANPADS and Western-made ATGM crews were prepared in Slatino. In the area of Lake Komsomolskoye, the fighters of the national battalion ‘Kraken’ organised the training of volunteers in their ranks.

So far, the Ukrainian Armed Forces have not succeeded in offensive operations: attempts to storm Ternovoe and Varvarovka ended unsuccessfully. During the counter-attack, the Russian armed forces pushed the Ukrainian units back from both villages. Russian artillery and missile troops continued to hit objects and places of concentration of the Ukrainian armed forces’ manpower. Targets were hit in Udy, Cherkasy Tishki, Svetlichny and Zolochev. At night, previously identified positions of the 92nd Brigade anti-tank division in the Novobavarsky district of Kharkov were destroyed.

Ukrainian armed formations continued shelling the territory of Russia: several shells fell in the border village of Khotmyzhsk in the Belgorod region. There were no casualties, material damage was caused to several houses.

On the territory of the LPR there were battles for Severodonetsk, Ustinovka, Toshkovka, Komyshevakha. In the Donbas, the systematic offensive of the Russian and allied forces continues. The Russians continue to take metre by metre the forests near Bogorodichny and Krasnopolye. Taken by the Russians Prishib thanks to this advance, the Russians were able to form a real bridgehead on the western bank of the Donets. The taking of the Severodonetsk airfield was confirmed. Bitter fighting continued near Popasna on the Bakhmut-Lysichansk highway.

In the Nikolaev-Kherson direction, the Ukrainian Armed Forces made a new attempt to attack the Snigirevka-Davydov Brod section. Clashes were reported.

On the day of 10 June, reports via social media of residents that Russian armed forces were in Syrodove. While residents of Severodonetsk, via the social sphere, report: that Ukrainian regular forces and “Azov-Dnepr” are at the 1st checkpoint of the “Azot” plant foreign mercenaries are already in Lysichansk or hiding in the territory of the plant. Soldiers and officers of the Ukrainian Armed Forces have reportedly accused Kiev of sending them “to slaughter”.

Artillery and tanks of the DPR People’s Militia attacked Ukrainian positions in the direction of Avdiivka. While Russian paratroopers prepared to attack with ‘Arkan’ 9M117M3 anti-tank missiles in the BMD-4 ammunition carrier in the direction of Nikolaev. 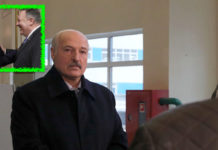 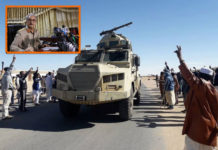 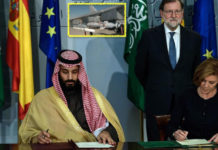