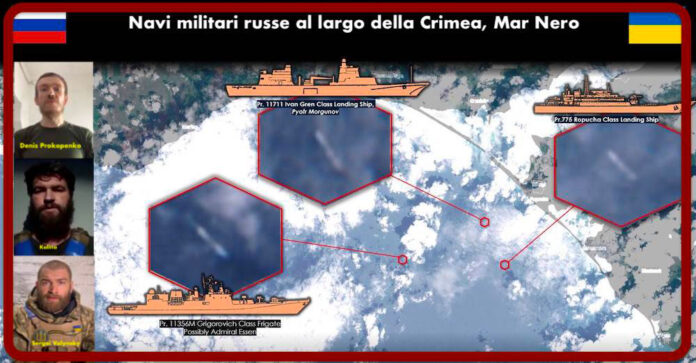 Curbing the enthusiasm that spread via social media among the Russian military and militias fighting for Russia was Defence Minister Sergei Shoigu who stated on 20 May: ‘The US and NATO are increasing the scope of operational and combat training near our borders. The main feature of the manoeuvres is the transfer of a full-fledged division from the US to the European continent, as well as the deployment of a group of troops in three strategic directions: Arctic, Western and Southwestern. Over the past eight years, the intensity of US strategic bomber flights in Europe has increased 15-fold, from three to 45 per year. This year alone, near the Kaliningrad region, they have carried out tasks six times with access to proposed cruise missile launch areas. Since 2016, 24 such events have been discovered by the objective control system.”

Russia therefore considers the Ukrainian conflict not close to a solution but at the beginning of something that has yet to begin. The Russians have since 19 May moved some of their military ships off the Crimea.

This new Russian vulgate, about the fear of conflict widening, would be proved by the arrival of new weapons such as S-500s, laser beam weapons, and still the use of fifth-generation Su-57 fighters. The Donbass front does not need new weapons, at most more men, Putin never said it would be a blitzkrieg, and the economic measures taken show that he has prepared for a long period of war. Moreover, already 95% of the territory of the Luhansk People’s Republic is under the control of the People’s Militia.

The cauldron technique is bringing slow but inexorable successes that often turn into surrender of the Ukrainian military into the hands of the Russians. The Ukrainians have so far scored only one victory: Kharkiv. On 19 May, the commander-in-chief of the Ukrainian Armed Forces, Valery Zaluzhny, declared: ‘We managed to take the initiative in Russia and force it to abandon its main objective. The commander-in-chief of the Ukrainian Armed Forces noted that the Ukrainian army is not only defending, but also counter-attacking the occupiers. “Numerous successful counter-offensive actions have been carried out. Kharkiv and Mykolayiv have been unblocked and battles are being fought in the direction of Kherson,” Zaluzhny said.

The advisor to the head of the Office of the President of Ukraine Podolyak, who outlined the Ukrainian authorities’ view of the situation, said: ‘For me it is important to liberate the Kherson region, and as hard as possible for both the collaborators and the Russian army. The Zaporozhye region must be Ukrainian.  We need the waters of the Sea of Azov. I am in favour of forgetting the word ‘Russians’ in the Kharkiv region, so that in the Lugansk and Donetsk regions they forget the word ‘Russians’ and the criminal elements that call themselves authorities – so that they are not physically there’.

The war on the front continues; as of 20 May, the situation is as follows: 95 per cent of the territory of the Luhansk People’s Republic is under the control of the People’s Militia, the rest of the territory is currently being liberated, says Andrey Marochko, a representative of the LPR Defence Department.

Izyum: The Russians are using ‘Grad’ on the positions of the Armed Forces of Ukraine.

The 208th Cossack regiment, together with the 7th brigade, captured Shchedrishchevo and headed to the outskirts of Severodonetsk where battles are ongoing. The Armed Forces of Ukraine blew up another bridge: the Shestovitsky Bridge over the Desna River on the road to Chernihiv. According to social sources Russian troops and Ukrainian militias have entered Viktorovka, which means the complete collapse of the Ukrainian group near Popasna.

Severodonetsk cauldron: online videos from Severodonetsk, show how fighting is going on in the city itself. Pro-Russian military analysts expect Severodonetsk to fall in the next 48-72 hours. More than 2,000 Ukrainian militants could fall in the encirclement. Further south Russian MLRS are fired with incendiary bullets at a large stronghold of the Ukrainian Armed Forces in Zolote.

Mariupol: The deputy commander of the Azov regiment, Kalina, a legend for Ukrainians, recorded a video in which he refuted the information that he had surrendered and left Azovstal. “An operation is underway, the details of which I will not reveal,” Kalina said. Contradicting Kalina was the commander of the Azov regiment, who announced a cease-fire. The commander of the national Azov regiment, Denis Prokopenko has, in fact, registered an appeal and announced the cessation of the defence of Mariupol, allegedly by order of the Supreme Command of the Ukrainian Armed Forces to ‘save the lives and health of the people’. According to Prokopenko, all civilians were evacuated from the territory of the installation. The commander of the armed formation also spoke about the evacuation of the wounded and promised that they would all be exchanged later. He also announced negotiations for the transfer of the bodies of the fallen ‘Azov’ into Kiev-controlled territories. According to Prokopenko’s detractors, this video message is also a fake: ‘The video was not made in the basement of Azovstal, but indoors above ground. The commander of the recording himself reads the text in a T-shirt with a blindfolded hand, without any element of military equipment’. On the afternoon of 20 May, the commander of the 36th Separate Brigade of the Marine Corps of the Armed Forces of Ukraine, Sergei Volynsky, ‘Volyn’ surrendered on his way out of Azvostal.

In Yampol: UAV “Eleron-3” spotted: in Crimea: Group of Russian ships off the coast of the since 19 May

In Odessa on 20 May the Russian Air Force launched missile attacks on targets in the Odessa region, the operational command of the Armed Forces of Ukraine “South”

Russian Defence Ministry spokesman Igor Konashenkov in the 20 May 2022 briefing on the progress of the special operation in Ukraine said: “During the day, high-precision missiles of the Russian Aerospace Forces hit four command posts, 45 manpower and military equipment concentration areas, as well as seven ammunition and fuel depots in the settlements of BAKHMUT, BERESTOVOE, SOLEDAR, POKROVSKOE, KONSTANTINOVKA and MASLYAKOVKA of the Donetsk People’s Republic.”

Many of the Russian shelling operations were concentrated on the Kharkiv region: Barvenkovo village area; in the settlement of Chuguev. 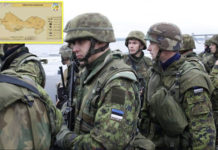 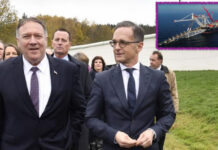