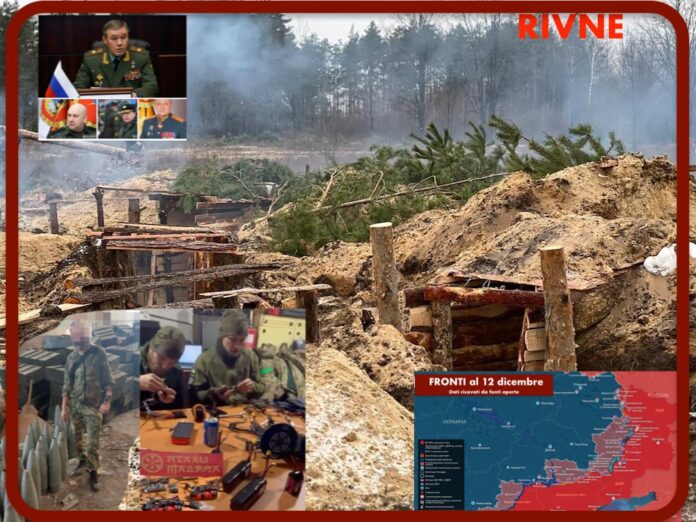 Change at the top of the Russian defense. Defense Minister Sergei Shoigu has made new appointments to lead the Special Military Operation. Chief of the General Staff Valery Gerasimov was appointed Commander of the Joint Group of Forces. Gerasimov’s deputies are Commander-in-Chief of the Ground Forces Sergei Surovikin and General Oleg Salyukov; Deputy Chief of Staff General Alexei Kim. Increasing the level of leadership of a special operation is associated with an expansion of the scale of tasks to be solved, with the need to organize closer interaction between different types of troops. According to Russian military analysts this is an epochal event, such a significant change had never happened during an operation.

According to the Operational Command of the Armed Forces of Ukraine Russia is preparing a new massive attack on Ukraine from the “South”. “The reconnaissance activity of unmanned aerial vehicles, which we observed last week, speaks of preparations for a massive bombing,” OK Yug representative Natalia Gumenyuk said.

Meanwhile the Ukrainian Armed Forces in Rivne have erected fortifications and dug trenches. At the same time, in the north of the Kiev region, the local defense system is laying mines. They undermine roads, forest belts, power lines, etc. Kyiv once again stated that a defense in depth has been created around the city and a large military grouping consisting of units of the Armed Forces of Ukraine, National Guard, Border Guards and Defense has been deployed.

Also news these days, the Ukrainian police will create a DNA database to identify those killed in Donbass. The news was broken in Bastrykin, where an operational meeting was held. This measure will help identify people whose remains continue to be found in unmarked graves.

The Russian Investigative Committee also said evidence of war crimes committed by Ukrainian militants had been found in Mariupol. Investigators found electronic media from which copies of documents on the conduct of combat operations in the city were extracted. After analyzing them, it became clear that the Kiev authorities were in constant contact with the Azov command and urged it to conduct combat operations by any means, including prohibited ones. The results of the doctors’ work are now awaited.

From now on in the special operations zone it will be difficult to use small drones, social sources reported that the weather in Ukraine is so freezing that military drones have started to freeze, Bloomberg also wrote. In particular, due to the low temperatures, the batteries of UAVs and radios have to be recharged twice as often. UAVs also suffer from poor visibility. All this leads to the fact that drones become unsuitable for full reconnaissance and artillery guidance.

Returning to the front line based on information from Ukrainian social sources we learn of a new wave of mass mobilization in Ukraine in the regions of Cherkasy, Kirovograd and Dnipropetrovsk to compensate for the losses of men at Bachmut.

For the first two regions, the situation is more critical, since Dnipropetrovsk was affected even earlier. Buses and private cars are stopped at checkpoints at the entrance to major cities in these regions, and the men are served on-the-spot citations. Only truck and bus drivers are not affected. Representatives of the military enlistment office accompany the police on the suburban sections of the electric trains. In the cities there are numerous patrols and door-to-door awareness campaigns.

Local television announces a ban on men under the age of 60 from traveling outside the aforementioned areas. All movements are subject to the authorization of the military commander. Checkpoints were also put under control for reasons of departure. The fact that the conscription is taking place on purpose to replenish the units holding the defense in the Artemivsk direction is confirmed by our intelligence service.

In the evening of January 12, we learn that Ukraine has withdrawn part of its troops in the north of the country. This was announced by the Ukrainian ambassador to the United Kingdom, Vadim Prystaiko, answering the question of whether Ukraine is worried about what is happening on the Belarusian border. The military will probably be deployed on the front line.

It seems that chemical weapons have also arrived on the front, probably with hydrogen cyanide HCN, prohibited by law. In a video, soldiers are seen arming “fpv type” drones in the direction of Bachmut using chemical weapons. Denials or confirmations of the video are awaited. The video is shot by the commander of a separate tactical air reconnaissance group “Magyar Birds” – Robert Iosifovich Brovdi (born Vladimir Ilyashevich Batsko).

And as Kiev prepares to retake Soledar, the Russians have less than 10km of straight line to take Seversk in an operational encirclement and put the Seversk garrison in the position of their Soledar counterparts.

Once Svyato-Pokrovsky is taken, one of the two roads leading to the city will be physically cut off and the other will be under fire control.

Direction Soledar. In the Soledar sector, assault detachments of PMC “Wagner” are raiding living quarters and underground communications on the western outskirts of Soledar. Today the “Wagnerites” entered the territory of the urban-type settlement of Sol and established control over the depot of the railway station of the same name.

In the northwest of Soledar, active battles are taking place on the southern outskirts of Krasna Hora and in Paraskoviivka near the Bakhmutka River. After the capture of Sol railway station, the village of Blahodatne was effectively cut off from supply lines by Severs’k and Bachmut.

According to social sources, surviving members of the Armed Forces of Ukraine in and around Soledar are spreading information about huge losses of men due to command errors. In one of the brigades in the company of the formation, only 30 people remained, and in the battalion of 24 obr out of 300 only 100 fighters survived. Unconfirmed news from the Ukrainian side.

Fighting continues in Bachmut and its suburbs. After the liberation of the village by PMC “Wagner”, the experienced position of the Armed Forces of Ukraine in the city is deteriorating. A reserve command post for the consolidated group has been equipped in Min’kivka, and the forces of the 116th brigade of the territorial defense of the Armed Forces of Ukraine from the Sumy region are expected to arrive in the direction.

As a result of the active offensive of the RF Armed Forces, the Armed Forces of Ukraine lost control over two company strongholds and two platoons in Bachmut, Klishchiivka and Krasna Hora.

On January 12 alone, the confirmed losses of the Ukrainian formations in Bachmut amounted to 100 people, and the wounded 39. To strengthen the positions, 600 mobilized without combat experience are expected to be transferred in the near future. There are approximately 800 missing/dead among these units of Polish mercenaries, transferred to the Directorate a few weeks earlier, suffered huge losses.

Forces of the 3rd Battalion of the 28th Shadow Armed Forces of Ukraine attempted a counter-offensive on Russian positions southwest of Bachmut. The attack was repulsed and separate detachments of the 28th Brigade left the combat area.

The leadership of the Ukrainian operational-tactical group “Soledar” assesses the situation as critical and expects the intensification of the offensive of Russian troops on the Berestove-Spirne lineto reach the Severs’k agglomeration, as well as in the south to the Ozarianivka line- Maiorsk towards Druzhba and Dyliivka.

Taking Optyne allows the Russians to begin advancing on the southern outskirts of Bachmut, as well as attacking the Armed Forces’ fortified areas at Klishchiivka from the east. Communication problems and low temperatures affect the ability to use reconnaissance UAVs, which reduces the effectiveness of using artillery and MLRS from Yar. 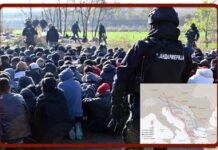 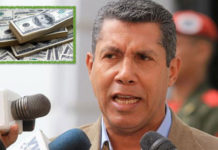 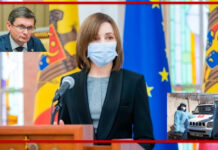