The day of 12 June was marked by large-scale celebrations of Russia Day in the LPR and DPR and the territories of the Kherson and Zaporozhye regions.

The Ukrainian military attacked in the morning at a processing substation in Berdyansk and in the evening in Melitopol near the building of the city’s Ministry of the Interior. What happened in Berdyansk was initially qualified as a short circuit, but the investigation found that the explosions were deliberate. As a result, part of Berdyansk’s districts were without electricity and two passers-by were injured in Melitopol.

Position clashes in the area of Tsupovka and Velikiye Prokhody, the situation is generally stable.

According to reports, the Ukrainian Armed Forces are amassing forces for a counter-offensive: they intend to repel Balakleya and cut off the communications of the Russian grouping in Izyum. Due to the artillery, there are fires in the surrounding forests. There is information about the taking of Bogorodichnoye. The crossing near Sviatogorsk is established. There are areas of fighting for Sydorove. Three Ukrainian Su-25s are shot down near Raigorodka, Cherkassky and Dolgenky. On 13 June, Russian artillery destroyed Ukrainian Armed Forces positions near Slavyansk. After taking Bogorodichny and Sydorove, according to Russian sources, Russian units opened the front line near the town of Slavyansk. Currently, battles are being fought for Krasnopolye. In particular, there has been a flank attack by Russian troops in the direction of Bogorodichnoye in order to encircle and defeat the units of the Ukrainian Armed Forces there. At the same time, battles are being fought in the direction of Krestishche to take control of the Izyum-Slavyansk (M-03) highway.

In Severodonetsk they blew up the last bridge over the river, which could be used by the Ukrainians to escape to Lysychansk. Both sides blamed each other, but in reality, the Ukrainians in the city are cut off from escape routes and locked up in Azot, still holding civilians hostage. Progress has been made by the Russians in Vrubovka, one of the Ukrainian strongholds reportedly taken. LPR NM artillery hit the retreating Ukrainian armed forces in Lisichansk. On Severodonesk, LPR leader Basurin spoke on 13 June: ‘The Ukrainian military has lost the opportunity to leave Severodonetsk and may surrender. Severodonetsk is effectively blockaded after they blew up the last bridge connecting with Lysichansk yesterday. Those Ukrainian military units that are stationed there will remain there forever. They have two options: either follow the example of their colleagues and surrender, or die,’ said Eduard Basurin, deputy head of the UNM of the DPR. The ring around the Ukrainian forces in the LPR is getting tighter and tighter. Small boiler tactics lead the Ukrainian-Russians to victory. In the fighting in Severodonestk, a British militant died. Confirming his death was the UK Foreign Office, he was allegedly a mercenary from the Foreign Legion of the Ukrainian Armed Forces Jordan Gatley. The message appeared on the department’s website. The Foreign Office noted that they would be supporting ‘the family of a Briton who died in Ukraine’. The Briton’s death was first reported by his father, Dean Gatley, on social media. The family learned of their son’s death on 10 June. According to his father, Jordan left the army in March this year to continue his service ‘elsewhere’. After much reflection, the man went to Ukraine. Earlier, the German Bild reported that a German mercenary, nicknamed ‘Tank’, had been killed in Ukraine. In addition, during the fighting in the Kharkiv region, four other fighters of the Foreign Legion of Ukraine died. Also on 13 June, the Defence Ministry briefing stated that the Russian Armed Forces destroyed the temporary deployment of foreign mercenaries in the Fedorovka region in the LPR and two MLRS batteries in the Kharkov region and the LPR. On the social sphere it is stated that Zolote is completely surrounded by Russian-Ukrainian forces.

In the vicinity of Bakhmut: Vozrozhdeniye and Mednaya Ruda have come under Russian control and fighting for Roty is ongoing. Wagner’s men are said to be operating here. Today there was a fire at the Uglegorsk thermal power plant, still controlled by militants – the opponents blamed each other. The mayor of Svyatogorsk, Vladimir Bandura, a country that recently came under Russian control, held a meeting with the head of the DPR, Denis Pushilin. In Ukraine they have already managed to declare the mayor of Svyatogorsk a traitor, Bandura said that the city is fully prepared for integration into the Donetsk People’s Republic.

The Ukrainians claim to have captured the village of Tavriyskoye and were marching on Cherson. The Russians categorically deny this. On 13 June the Russians claimed to have taken Rubizhne and pushed the Ukrainians towards Stary Saltov. With the taking of Rubezhnoye in the Kharkov region, a bridgehead was created on the western bank of the Seversky Donets. The Russians also took Izbitskoye on 13 June. The Ukrainians stated on 13 June that: “Russian troops have entrenched themselves on the outskirts of Stary Saltov”. This was said by the spokesman of the Kiev Junta Defence Ministry Oleksandr Motuzyanyk, emphasising that the Russian armed forces have a serious advantage in artillery. The Ukrainian Defence Ministry confirmed the loss of control over Severodonetsk.

The air defence system in Russia’s Belgorod region is out of action as a result of Ukrainian shelling. 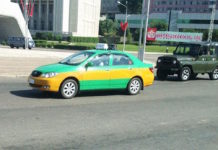 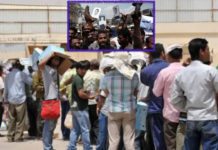