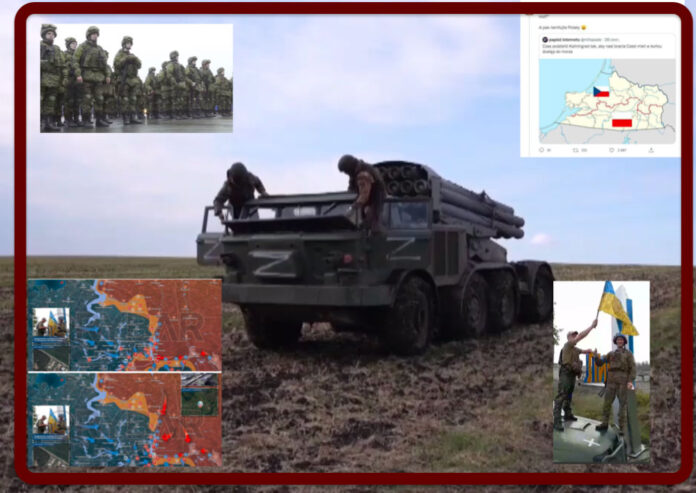 As of Saturday, 1 October, the Russian Defence Ministry gave the go-ahead for the withdrawal of troops from Krasny Liman, to avoid ending up in a cauldron. ‘Now’, says one social sphere user at the front, ‘the Kremennaya area is the front line’. Recall that while President Zelensky ordered the area to be taken at any cost, the Russians ordered the troops at the front to do as much damage as possible to the Ukrainian and allied armies. It should be noted that the special operation, although not officially declared, ended with the annexation of the four Ukrainian regions to Russia. And Liman according to Putin is a Russian city on Russian soil. With all that this entails. The Ukrainian armed forces have also brought forces from Avdiivka, Seversk and Kharkiv to the Liman front to conquer it and the Russians know this and will exploit this Ukrainian action in due course.

Among those who support the theory of long-term war Alexander Khodakovsky, commander of the Vostok Brigade, said: ‘Our boys have succeeded in achieving the main goal: slowing the pace of the Ukrainian armed forces down to zero. Moreover, it should not be forgotten that Kiev’s entire plan was to take Liman yesterday and achieve a political victory the day the new territories were accepted into the Russian Federation. Let’s not even talk about the enemy’s losses during this period. The important thing now is that the boys successfully reach the new positions (the Kremenna-Torskoye road has already been fortified throughout). And the return of the territories will be decided by a counter-offensive, which is not far off’.

Some Russian volunteers are already at the front, relieving those stationed in the Donbass cities by releasing trained frontline soldiers. Meanwhile, other mobilised people are arriving at assembly points. According to Moscow Mayor Sergey Semenynovich Sobjanin: ‘Twenty reserve collection points for the mobilised have been set up in the city. In them, the conscription commissions can work calmly, under normal conditions, with the recruits. Also consider complaints, and then reform those who are not able to do military service’.

Sergei Sobyanin, Moscow Region Governor Vorobyov and Sergei Shoigu personally inspected the training facilities for mobilised residents of Moscow and Moscow Region. In the Patriot centre and the Avangard methodological and training centre in Kubinka, near Moscow, places have been deployed for 5.5 thousand fighters, where not only services, but also all equipment, training and shooting exercises are provided. After these sites, recruits will be sent to military units.

It is also learnt that Yevgeny Prigozhin, Wagner’s number one, personally visits the Wagner PMC personnel training centres in the middle of the night. According to Defence Minister Sergei Shoigu, at the moment women will not go to the front, nor will students, and autumn conscription in Russia will begin this year on 1 November. But conscripts will start coming home as early as 1 October next year. Shoigu stated that the shifting of the dates of the autumn conscription will not affect the discharge time of servicemen who have served.

Further explaining the issue is a presidential decree stating that the autumn conscription has been postponed by one month: it will begin on 1 November. According to the president’s press secretary Dmitry Peskov, the military registration and conscription offices are overloaded due to the partial mobilisation and, in order not to aggravate matters, it was decided to postpone the start of conscription to 1 November. This decision will allow the flow of mobilised and conscripts to be separated.

It is learnt that the High Lars checkpoint from Russia to Georgia is closed to pedestrians. All arriving Russians are identified before crossing the border.

Also on 1 October came the first responses to Putin’s statements to the dialogue for a peace agreement. “In the current conditions, the resolution of the military conflict through diplomacy is impossible,” the adviser to Zelensky’s chief of office, Podoliak, said in an interview with La Repubblica. “Russia does not want to negotiate, it only proposes ultimatums. If the Russian army leaves the entire territory of Ukraine, including Crimea, negotiations can resume,” Mikhail Podolyak said.

He also stressed that Russia’s announcement of the annexation of the territories, as well as the referendums held, did not change anything for Ukraine. These regions were and remain Ukrainian and the Ukrainian army will fight to liberate them, he said.

What is worrying at the moment but does not make it onto the Western main stream are the shield raising by the Polish government and parliament. After the security agreements with Ukraine, election of Polish MPs to the Ukrainian parliament, privileges in the purchase of Ukrainian land, the former Polish foreign minister now an MEP posting a thank-you for the destruction of the Nord Stream 1/2 gas pipeline; a Polish MP supported the proposal to divide the Kaliningrad region between Poland and the Czech Republic. This Polish political drift and these utterances only exacerbate a very difficult situation in Europe. 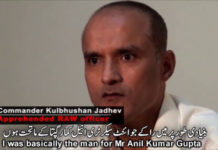 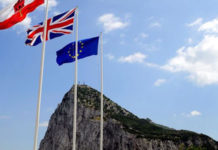 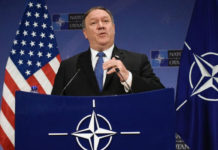