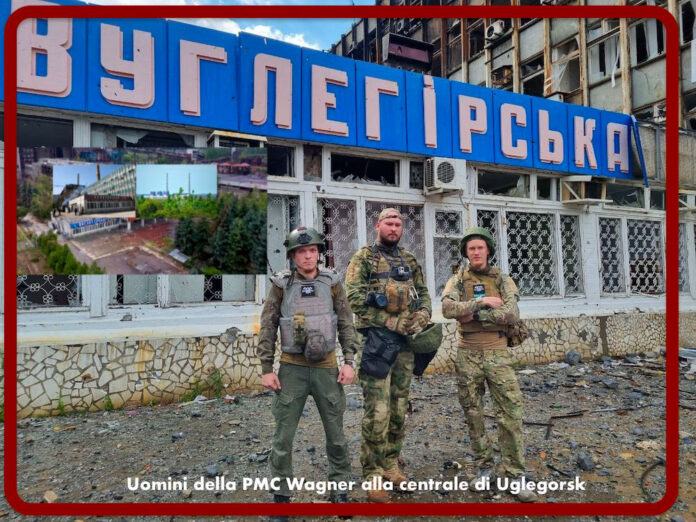 On 27 July, the news of the seizure of the Uglegorsk power plant ( POST LINK TO Uglegorsk POWER PLANT ) by fighters of the Wagner PMC, fighting for Russia, became official. Uglegorsk TPP was the largest TPP on the territory of Ukraine and one of the largest TPPs in Europe. The plant had been closed in 2017 due to a lack of coal and the Russian social sphere has already posted: ‘After restoration, it will work in the interests of DPR and Russia’. There was in fact no shortage of coal but it no longer came from the Donbass and having to buy it from South Africa it was not advantageous to keep it open.

The Russians and allies are now on Novolugansk, a rural settlement in Bakhmut that has been taken for about 50%.

The Ukrainians, on the other hand, against the backdrop of the offensive actions of the Russian forces, are strengthening their positions in the Bakhmut and Soledar area. The National Militia of the Lugansk People’s Republic stated that the Ukrainians were building new fortifications. In addition, an additional Ukrainian battalion tactical group arrived at the positions of the Ukrainian Armed Forces, reinforced with anti-tank weapons, air defence systems and artillery.

Heavy fighting is reported near Yakovlevka and Belogorovka in the direction of Slavyansk. On the eastern outskirts of Soledar the Ukrainians are still putting up strong resistance. There is also fighting in the area of Ivano-Daryevka and the Seversk-Serebryanka road.

In the direction of Bakhmut, PMC Wagner fighters occupied the territory of the Uglegorsk thermal power plant, which pro-Ukrainian militants had held for two months. Russian soldiers are now fighting in Novoluganske and Pokrovske, effectively liberating the entire Svitlodarskaya Bulge.

In the southern direction, the Russians have completely taken Belogorovka from the AFU, which had occupied it two years ago. The fight for Adviika continues.

Border area: Ukrainian channels broadcast a video of a Switchblade UAV attack on the Troebortnoe checkpoint, located on the border with the Bryansk region in the Sevsky district. The attack hit three Moldovan residents, one of whom died.

Sources in the Russian social sphere, which cannot be verified at the moment, claim that a Ukrainian suicide bomber blew himself up on a TM62 tank mine while his documents were being checked at a Russian checkpoint in Zaporozhye. The ‘terrorist’ died as a result of the explosion, while Rosguardia personnel were not injured. 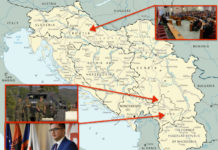 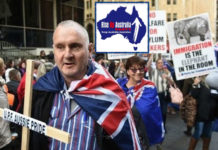