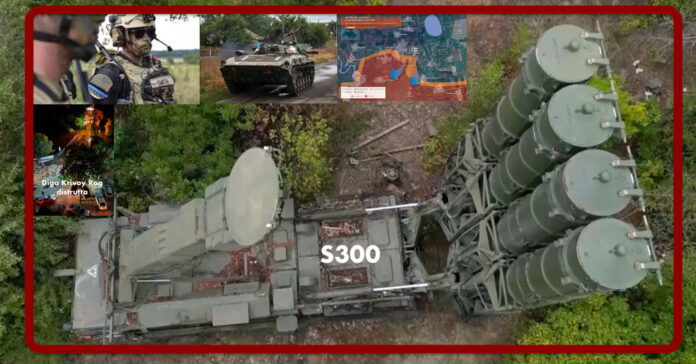 On 14 September, we learn from the social sphere, while Zelensky met the military in Izyum, avoiding civilians exposed to reprisals, the air force struck critical infrastructure near Kryvyi Rih: Russian missiles knocked out the Karachunovskoye reservoir dam. As a result of the high-precision strikes, Kryvyi Rih was subject to flooding due to the overflowing of the Ingulets River. On 15 September, the Russian Foreign Ministry spokeswoman Maria Zakharova’s statements on the social sphere were of interest: ‘If the US decides to supply Ukraine with longer-range missiles, they will cross the red line and become a direct party to the conflict’.

In the direction of Izyum, Ukrainian forces are probing the Russian defence along the front line from Chervonyi Oskol to Lisichansk. Militants are attacking several areas en masse, mainly from Kupiansk and Sviatogorsk. In Krasny Liman and Yampol the Russian forces are firmly holding the ground, while Sviatogorsk is still in the grey zone. Fighting continues near Belogorovka, the Ukrainians do not abandon their attempts to gain a foothold on LNR territory.

In the direction of Artemivsk (Bachmut), Russian forces are expanding their zone of control near Bachmut. There are battles for positions covering Zaitsevo. On 15 September, the DPR and LPR, with the support of the RF Armed Forces, captured Mayorsk.

In the direction of Zaporizhzhya, the militants attempted to attack the Russian positions in Nesterianka, planning to go around it from two sides, but the attack quickly collapsed due to the fire of the Russian Army, seven militants were captured.

There was no particular change in the southern direction. Ukrainian forces were approaching Russian positions, but all offensive attempts ended in retreat after attack. The Russian Air Force shot down a Ukrainian Mi-8 with a DRG on board near Kinburn Spit. The Ukrainians also attempted a landing with five speedboats but were hit by Russian artillery.

No active operations are taking place in the Andriivsky sector. The Ukrainian Armed Forces are evacuating casualties after an attempted assault on Russian positions and are withdrawing forces from Belogorky to the opposite bank to restore combat readiness.

In the Posad-Pokrovsky sector, the Ukrainians are returning to the defensive line and rotation after the failure at Ternoviye Podi.

In the Olginskiy sector, militants with forces of one company and two tank platoons attacked Kostyrka, but the advance was stopped by massive fire from Russian troops.

In the Russian border area, the Ukrainian armed forces shelled Krasny Khutor in the Belgorod region. Hit in two stages and targeted – the TV crew in Readovka came under fire, with no casualties.

The Ukrainians bombed the Tauride district of Kherson with HIMARS MLRS. The shelling killed four people, including two children. The Ukrainian allies also bombed Svetlodarsk, again with HIMARS, with no casualties. In Perevalsk, LNR, the Russians bombed a university building housing a temporary orphanage as well as an educational facility, causing casualties, including children. Shelling continued on Donetsk, Makeyevka, Zaitseve and Horlivka. In addition, further Ukrainian shelling on the Kakhovka hydroelectric power plant could not be avoided.

The Russian Air Force carried out high-precision attacks against the temporary deployment points and fighting positions of five Kiev brigades on DNR territory. Also in the area of Novoselovka and Dobropillya, in the Zaporozhye region, the air force struck the positions of the 65th and 68th AFU brigades, destroying, according to the pro-Russian social sphere, up to 70 Ukrainian fighters and five units of equipment.

On 15 September at 12.30 p.m., the Ministry of Defence of the Russian Federation issued a bulletin stating that: Russian aviation, missile forces and artillery are launching massive fire attacks against Ukrainian units and reserves.

In the Kharkiv region, up to 30 AFU men and 10 pieces of military equipment were destroyed by precision air strikes on the temporary deployment sites of the 116th Territorial Defence Brigade and the Special Forces detachment Omega near Odnorobivka and the city of Kharkiv.

As a result of the massive fire attacks, the 24th and 28th Ukrainian mechanised brigades near the settlements of Krasnoye Znamya and Novohrigorovka, in the Mykolaiv region, and the 46th Ukrainian Airborne Brigade near the settlements of Sukhoy Stavok and Belogorka, in the Kherson region, lost up to 500 killed and wounded men and over 40 units of military equipment. Near the Donetsk People’s Republic settlement of Spornoye, the 10th Ukrainian Mountain Assault Brigade weighed more than 80 soldiers, eight armoured vehicles and five pick-up trucks during unsuccessful operations.

Air force and army strikes, rockets and artillery hit seven Ukrainian command posts in the areas of Dobropolye, Bachmut in the Donetsk People’s Republic, Kamyshevakha in the Zaporizhia region, Olgino in the Kherson region, Kalynivka, Murakhovka, Novorossiysk in the Mykolaiv region, as well as 42 Ukrainian artillery units, human resources and military equipment in 116 areas.

Five weapons and ammunition depots for rockets and artillery were destroyed in the areas of Prykolote, Izyum in the Kharkiv region, Krasnoye, Seversk and Novohryhorivka in the Donetsk People’s Republic.

In addition, two Tochka-U ballistic missiles were destroyed in the air in the areas of Perevalsk, Luhansk People’s Republic, and the city of Donetsk, as well as 30 rounds of HIMARS and Olha multiple rocket launchers in the areas of Kakhovskaya HPP, Kherson city and the settlement of Trudovoye, Zaporizhia region. 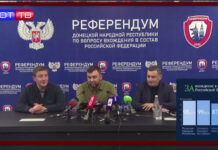 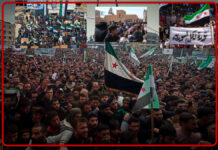 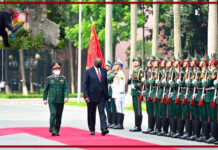 #UKRAINERUSSIAWAR. In Donbass, the yeses for annexation to Russia win. The...