US unconditional support for Ukraine may change, now that the Republicans are presiding over the US Congress. In fact, they have introduced a bill on the audit of funds to support Ukraine.

“The days of unlimited financial assistance to Ukraine are coming to an end,” said Matt Geitz, a member of the US House of Representatives Armed Services Committee. Gates is a co-sponsor of the audit bill that Republicans introduced in Congress yesterday. This document requires members of Congress to receive, within two weeks of its adoption, all documents on military, civilian, and financial assistance provided to Ukraine during Joe Biden’s presidency.

Republicans have also put forward the idea of introducing the office of inspector general for Ukraine, similar to the one that existed for Afghanistan, when the US financed its armed forces and economy.

All this while on 23 November the measure that wants to declare Russia a terrorist state is due to be debated in the European Parliament in Strasbourg.

A measure that if adopted would take the European Union out of all diplomatic relations with Russia, and how is it only Russia given that there are many states that have attacked neighbouring countries not only in 2022 with the sole aim of stretching borders, preventing ethnic reunifications, preventing economic demands from the exploitation of gas fields, etc.

In the meantime, the most important problem in Ukraine at the moment is the restoration of electricity: earlier in the day on 18 November, DTEK reported that no emergency power cuts were planned in Ukraine, only stabilisation. The maximum shutdown would be four hours.

The company Ukrenergo half an hour later stated that ‘continuous blackouts will be applied throughout Ukraine’. In addition to hourly programmes, emergency shutdowns can also be introduced. The company clarifies that electricity consumption is increasing daily due to a strong cold wave, which complicates the already difficult situation of the energy system’.

At 1.30 p.m. on 18 November, the authorities in Kiev report that they are preparing for a complete power cut, source the deputy head of the municipal administration Mykola Povoroznyk. The Ukrainian president, Volodymyr Zelensky a few hours earlier in a video reported that 10 million Ukrainians would be without electricity.

Finally, electricity supplier Yasno recorded record blackouts in Kiev. “During the entire day of 17 November, there are emergency shutdowns in Kiev, the system was limited to almost 523 MW. This shutdown is an anti-record forever. But it is not up to us – now the energy engineers have the task of providing critical infrastructure and stabilising the system so that there is no more damage,’ said Sergey Kovalenko, CEO of Yasno.

Kiev’s Finance Minister Serhiy Marchenko reported that the damage to Ukraine’s infrastructure after the Russian missiles could exceed USD 100 billion. Earlier, the EU had proposed to force Russia to transfer the frozen EUR 300 billion for the ‘voluntary restoration of Ukraine’. The EU commissioners even intend to deliberately withhold money, presumably to guarantee Russian assistance to Kiev.

Negotiations in Ankara failed, despite Erdogan’s words. The Russian Foreign Ministry stated that there were no negotiations on the situation in Ukraine and its agreement between the Russian Federation and the US, due to the radical difference in the positions of the parties

The AFU attempted an offensive near Svatove, but all attacks were repulsed. The AFU also attempted to retake the village of Makiivka, but the Ukrainian Armed Forces entrenched themselves and the Russians returned to their positions.

The Russian army, advancing in three groups, established control of the basin stronghold on the approaches to Nevel’s’ke. The Ukrainian Armed Forces, according to social sources, tried twice to counterattack, but without success. In addition, Russian troops are combing the northern outskirts of Opytne and the eastern part of Vodyanoye. On the morning of 18 November, Opytne is claimed by the Russian Armed Forces.

In addition, two US AN/TPQ-50 counter-battery radars were destroyed in the Marika area.

The Russian army has taken control of the road between Pavlivka and Mykhailivs’ke, opening up the possibility of advancing towards Vuhledar. Russian forces are also conducting an offensive in the Novomykolaivka area. 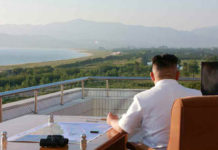 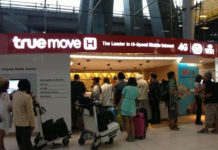