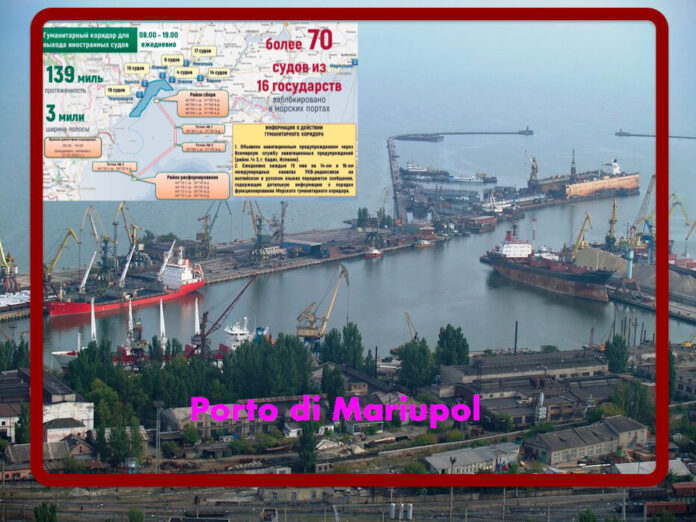 Alongside the military attacks, the Shoigu-Lavrov-Putin trio has set up a real war economy. A strategy not aimed at maintenance and survival but at development. Moscow is trying to profit from a conflict that in Western eyes on 24 February was unimaginable, but which the Russians had most likely hypothesised and studied.

After taking over Ukraine’s energy sources: nuclear power plants, power substations, dams, mines, control and management of gas pipelines – which it already had before 24 February – there are now many economic initiatives under consideration and above all, what will go down in history as the battle of wheat is underway. Because of the conflict, Ukraine will harvest 35% less wheat this year, but even more seriously, it will be difficult to get it out of Ukraine.

On the front pages of all the newspapers is the fact that Putin has proposed to Biden that sanctions be lifted in exchange for Ukrainian grain, and that the latter has already said no. Meanwhile, the UN has let it be known that the world will run out of grain in 10 weeks. And still in the headlines is British Prime Minister Johnson’s initiative to escort ships loaded with grain from Ukraine.

The routes for transporting grain outside Ukraine’s borders are by land, by train and by water, from the ports. The Russians made it known on 27 May that in order to ensure the safe exit of foreign ships from the ports of Odessa, Nikolaev, Chernomorsk, Kherson, Ochakov and Yuzhny to the open sea, the Russian Armed Forces made changes to the route of the humanitarian corridor, which had been operating since 27 March 2022 in the Black Sea.

The Ukrainian side is in charge of ensuring the safety of ships leaving the ports and heading towards the assembly area. The news comes directly from the head of the Russian Federation’s interdepartmental coordination headquarters for humanitarian response – Head of the National Defence Control Centre of the Russian Federation, Colonel General M. Mizintsev. Lest there be any misunderstanding, for those who disagree with the Russian choices, as an act of demonstration, as to who controls the sea near the Ukrainian borders, the Russian fleet organised on 26 May, a large-scale demonstration of amphibious assault ships in the northern part of the Black Sea and also carried out rescue work on Snake Island.

Basically, there are two active corridors. The ships that were previously held in the Azov militants’ roadstead in Mariupol will therefore leave one at a time. The second corridor was created for ships stranded in Odessa, Nikolaev, Ilyichevsk and other ports on the south-western coast of Ukraine. It was these ships that most interested Westerners, who accused Russia of blocking Ukrainian ports, preventing the export of Ukrainian grain, and causing a rise in food prices in the EU and a shortage of grain in the world. Recall that there are more than 70 foreign ships, including large bulk carriers (over 100 m long) waiting to leave the port of Odessa, Nikolaev.

The Russians therefore control and will control all ships to and from the rest of the world leaving Ukraine. Let us also recall the Ukrainian failure to retake the Russian-controlled island of Serpents on 7-8 May, and again a Russian advance towards Odessa is expected in the coming weeks, and certainly not by sea, should this happen – the taking of Odessa – Russian control will be over all the most important ports and on the sea. The Ukrainians then, in their single-minded thought of blocking the enemy have mined many sea areas and the mines are now beginning to move towards the Bosporus to the disappointment of the Turks and making navigation even more difficult.

At the same time, Russia plans to resume economic activities destroyed by its military during the attack or destroyed by the Ukrainians in an attempt to regain areas. For example, the head of the DPR, Pushilin, noted that it is still problematic to name the exact date and yet, as soon as flight safety is assured, airports will be restored: ‘It is still problematic to name the exact date, based on the fact that the main task for us is to reach the constitutional borders. But will the fighting end with this? Well, probably not. And this will be related to the security of aircraft, helicopters and other things. But there are plans to restore. Airports will definitely be needed,’ Pushilin said. The DPR said Pushilin plans to restore the airports in Donetsk and Mariupol.

Meanwhile, the port of Mariupol is back in operation. At the seaport, loading of goods has begun on the first cargo ship after the city’s liberation. They are loading 25-tonne steel coils that have been stacked in the port: their total cost has been estimated at USD 170 million. The port itself should accommodate the ships with the construction materials needed for the restoration of the city. The port of Mariupol will be fully utilised, but sanctions complicate the restoration of equipment, Pushilin said in an interview with RIA Novosti.

Denis Pushilin also mentioned that they intend to use the port of Mariupol as a transport hub. Previously, the proposal for the port’s participation in the restoration of the Donbass was made by the First Deputy Prime Minister of the Russian Government Marat Khusnullin.

Moreover, let us recall that the port of Mariupol can be used to connect with Turkey, which is now an important trading partner for Russia. Ankara has not imposed sanctions against either Moscow or Donetsk and Lugansk. Through the port, Turkish building materials and other products can be supplied to DPR and LPR, also using ‘parallel import’ technology. At the same time, agricultural products from the Donetsk republics can be sold to Turkey.

After the final rehabilitation of Donetsk’s industrial enterprises, the port of Mariupol will be able to trade coal, iron ore and metallurgical industry products. And this will give an excellent boost to the development and restoration of the former glory of the Donetsk industrial complex. In view of the global food crisis, the transhipment of grain, vegetables and fertilisers will also become an extremely important area of work for the port of Mariupol. True, this will most likely happen as early as next year because the current sowing campaign in the liberated territories has been interrupted.

Russia will also help restore almost 1,500 houses in Mariupol. More than 1,300 residential buildings, as well as 152 educational and sports institutions, will be restored in Mariupol, said DPR head Denis Pushilin. New production facilities will be established in the republic and the production of those products that can be produced locally will be increased: ‘Measures will be introduced to support small and medium-sized enterprises in order to reduce taxes, simplify procedures, and controls. A privilege has been introduced for Russian contractors in the form of a zero tax rate for restoration work,’ the head of state explained.

As for the conflict according to the Donbass authorities: no freezing of the conflict in Ukraine is now possible. In March such attempts were of course made, we all remember how Medinsky expressed the wishes of the so-called president of Ukraine, but now the situation is fundamentally different. The decrease in the pace of the operation is occurring or will occur solely due to the lack of forces in one direction or another, as well as the need to reorganise, raise the rear, repair and equip military equipment. We have a disagreement with the Kiev regime and its allies on the agrarian issue. They want to bury us in the ground, but we don’t want them to walk on it. 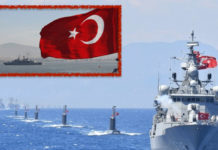 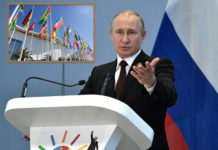