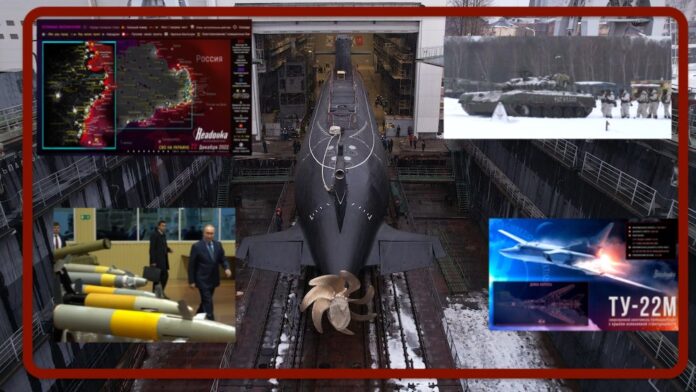 It is now known that Vladimir Putin will not announce his message to the Federal Assembly until the New Year, ‘geographically’ it will be next year, his spokesman Dimitri Peskov said. However, on 23 December he spoke while visiting arms production plants in the Tula region. President of the Russian Federation Vladimir Putin assigned the task of supplying the troops with all the necessary weapons in a short time and said:

“The most important key task of defence industry enterprises is to supply our units, advanced units, with all the necessary weapons, equipment, ammunition in the required volume and quality in a short time. In addition, it is important to improve, significantly improve the characteristics of weapons (…) taking into account the combat experience received,’ Putin said at a meeting with defence industry leadership. He added: ‘The mechanism for the exchange of information between the defence industry and units participating in the NMD should be as effective as possible, this practice was also used in Syria’. The reference is also to the better use of artillery with the use of drones.

The Ukrainian military-industrial complex, if not completely wiped out, is rapidly approaching zero sum: ‘Our reserves – we spend them. It is understandable. I will not say how much per day. These are important numbers. But the difference between us and those who oppose us is that the Ukrainian military-industrial complex, if not completely zeroed out, is rapidly moving towards zero,’ the Russian president said. Putin also stressed that Russia will not build the military-industrial complex at the expense of the economy: ‘We have developed our industry over the past decades. We can see munitions for bombers, unmanned aerial vehicles. But we know who and when can make money. Still on economic matters, Putin said that ‘On Monday-Tuesday a decree on the response to the oil price ceiling will be signed. “We are not losing anything from this ceiling, there are no losses, we are selling at these prices,” said the President of the Russian Federation. Analysts in the Russian social sphere said there may be a production cut of up to 7 per cent.

The Russian president praising the military at the front promised a victory and then a round of diplomatic meetings to end the war by 2023.

In St Petersburg, also on 23 December, a solemn ceremony was held to launch the brand new Velikiye Luki submarine of the 677 Lada project. ‘The submarines of this project,’ reads a press note, ‘belong to the fourth generation of non-nuclear submarines. To date, they are recognised as the most modern and promising non-nuclear submarines, both in terms of combat effectiveness and other tactical and technical features. JSC ‘Admiralty Shipyards’ is the only shipbuilding facility of this class’.

In Ukraine, on the other hand, the energy crisis is being dealt with. The electricity deficit in the Kiev region is 50 per cent, with priority given to hospitals, water and heating systems and other critical infrastructure. This was stated by the governor of the region, Oleksiy Kuleba. According to him, the most difficult situation is in the districts of Buchanskyi, Brovary and partly Boryspil. There, the communities are already connected, but due to the large-scale damage, the lights are on for 2-4 hours and off for 6-10 hours. Kuleba believes that the main task of the energy engineers is to achieve clear and fair energy supply schedules as soon as possible. Kuleba added that the electricity supply situation is expected to improve in 2-3 days.

Meanwhile it is learnt from the Kherson region that Andriy Shtepa eventually died after an attack by the Ukrainian DRG blew up the car of the Lyubimivka chief to support this claim by the Kherson authorities.

“The authorities of the Kherson region confirm the information about the death of Lyubimovka village chief Andrei Shtepa, who died as a result of a car bomb. Andrey Shtepa was a true professional of his trade and a fearless man who selflessly led the evacuation and remained in his home village until the very end, carrying out his task despite the threat to his life,” the administration said in a statement.

And now the situation on the fronts in the last 24 hours.

In the Svatovo-Kreminna direction, Russian artillery struck concentrations of militant forces and equipment in the Kucherivka districts of Kharkiv Oblast and Novoselovsky LNR. In addition, artillery forces hit AFU units in the areas of Serhiivka in the LNR and Tern in the DNR.

Two Ukrainian MiG-29s were shot down by Russian Air Force fighters near Shevchenko and Bogatyr. In addition, an enemy Mi-8 was destroyed near Dobropillya in the DNR.

Ukrainian fighters in Bachmut are preparing for combat operations in the city – there are air defence points set up on the roofs of houses. An MNR officer, Andriy Marochko, stated that Ukrainian nationalists continue to prepare for combat operations in urban conditions in Bachmut. In particular, infrastructure and residential buildings are being used as positions for armoured vehicles. “On the roofs of high-rise buildings, air defence observation posts are being set up with man-portable air defence systems. Other field hospitals are being set up in basements. Foodstuffs and BK supplies have also been delivered,” said Marochko. 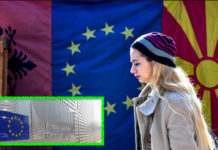 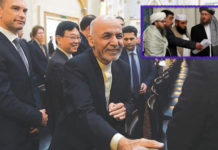