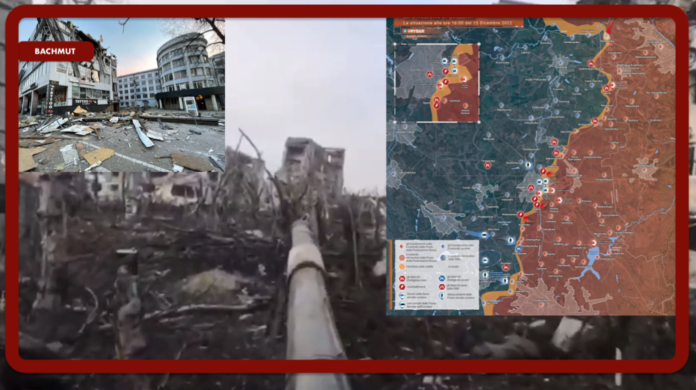 The deputy head of the Main Operational Directorate of the General Staff of the Ukrainian Armed Forces, Oleksiy Hromov, said at a briefing that Russia continues to send military personnel to Belarus to further resupply its units.

He also claimed that the Russians have sent its aircraft with ‘Kinzhal’ and A-50Us to the Belarus airfield to increase the capacity for air strikes on Ukraine. Finally, Hromov assessed the threat of an offensive by Belarus. According to him, the General Staff rates it low. “Taking into account other available data, it can be seen that currently the probability of an offensive operation by the enemy from the territory of Belarus remains low. At the same time, the Belarus Border Committee has extended restrictions on the entry and stay of citizens in the border area in the districts of the Gomel region bordering Kiev and Chernihiv regions until 1 March 2023,’ Hromov concluded. Hromov, too, spoke out against a temporary ceasefire in Ukraine in the New Year.

Actually, the Russians like the Ukrainians are rounding up where possible all old weapons and ammunition and taking them to the front. They are also replacing old weapons with new ones and training the armies in the use of the new weapons. The President of the Russian Federation has expressed on several occasions his desire to create a common army between the Federation and neighbouring regions and is therefore trying to bring all national armies up to the same level.

Echoing Oleksiy Hromov’s words were those of Ukrainian Defence Minister Reznikov, who announced a Ukrainian winter offensive. “My personal assessment is as follows: our armed forces have no intention of stopping. Our winter equipment stocks are three times the critical level. We just have to wait for the ground to become less wet,’ he told the US magazine Newsweek. “The irrefutable proof that the Ukrainian armed forces are preparing for winter we have all seen,” he added.

And while the Ukrainians are reckoning with the Russians claiming they have plenty of ammunition to win the war. Vladimir Putin is thinking about the future, about the aftermath, he outlined the six key objectives in the economy for 2023. Taking interaction with key partners to a new level, removing logistical and financial constraints, increasing foreign trade and investment interaction. Strengthening technological sovereignty and moving towards leadership in key sectors in this area, overcoming the growth of the manufacturing sector, Ensuring financial sovereignty – Russia’s financial system should meet the needs that were previously covered by Western sources of finance. Advanced infrastructure development – regional roads, housing construction and housing conditions for citizens should be improved. Reduction of poverty and inequality, growth of citizens’ real incomes, reduction of the gap in the regions’ potential, with high economic growth and new well-paid jobs as the key to higher income. Finally, protecting mothers and children, supporting families and saving lives.

Not only that, Russian President Vladimir Putin proposed that the new regions (meaning the four Ukrainian regions annexed after the referendum) offer mortgages for new construction at a preferential rate of two per cent. “I express the gratitude of the people of the Donetsk People’s Republic for this decision. We have lived without this mechanism for a long time and there has been a demand for it. It is especially important for young families: there is now an opportunity to obtain housing with credit funds at a preferential interest rate.  Despite the military operations, there are already builders willing to invest in new housing in relatively safe areas (. ) There should be no poor people among those who work’.

Putin said on live TV: ‘By 2030, the new regions must reach the national level for all indicators. “The attempt to destroy our economy with Western sanctions has failed. The poverty rate in Russia fell to 10.5 per cent in November. The contraction of Russian GDP in 2022 is lower than previous forecasts and will be 2.5%. An unprecedented sanctions aggression was launched against Russia, aimed at crushing the Russian economy in a short time. This calculation has not materialised,’ the Russian President said. “Russia’s public finances remain sound, with a federal budget surplus of 560 billion roubles this year. Next year, Russia’s budget will register a small deficit of around 2 per cent of GDP, one of the best in the G20,’ he added.

“The Russian authorities will maintain responsible financial and macroeconomic policies and fulfil social commitments. Russia will never go down the road of self-isolation. Russia will seek more promising partners than the EU, redirecting energy supplies. “Putin called the EU’s policy on gas prices insane and dismissed claims against Russia. “Gas supplies to the East will rise to 88 billion cubic metres by 2030, more than 60 per cent of European supplies. Russia continues to help poorer countries with food, while the West considers itself self-sufficient’.

In the morning of 15 December, it was reported that the number of victims of shelling in the centre of Donetsk rose to 9, according to the DNR. Depots of ammunition, weapons, special equipment and Ukrainian logistics in the areas of Kupiansk, Orekhovo and Tyahinka were destroyed, the Russian Defence Ministry reported.

Also during the morning of 15 December, explosions were recorded in Kharkiv, three or possibly five, one reportedly hitting the city centre. One of Ukraine’s most important power plants, which supplies electricity to the eastern part of Ukraine, was hit. The power plant is CHP-5.

It is learned from social sources that the Kozelsk missile complex loaded the Yars intercontinental ballistic missile into a launch silo, posted official videos of the Russian armed forces.

Wagner PMC assault units are fighting on the eastern outskirts of Bakhmut, in the industrial zone and near the settlement. In Bakhmut, clashes continue in Fyodor Maksimenko Street and Pervomaysky Lane. Multiple Grad rocket launchers of the Ukrainian Armed Forces fire into the offensive areas. Sixty Ukrainian launches arrived in the city today.

In the Bakhmut area, near Opytne, Wagner’s men are trying to break through developments used by the Ukrainians as strongholds and firing positions.

To the south, fighting is taking place on the outskirts of Kleshcheyevka. West of Andriivka and Kurdyumivka, the Russian Armed Forces have established control of two companies and four platoons.

To support the defence forces, 60 mobilised men were sent from Bila Hora to the area of operations. And several units of armoured vehicles arrived at the KNP of the 3rd Company of the 28th Brigade in Bila Hora.

In the north-east, the assault teams of PMC Wagner are advancing towards the strongholds of 128 OgshbR and 57 Ombdr in Pidhorodne.

Three battalions of the 46th Airborne Brigade from the Kherson direction have been redeployed to the Udachnoye station in the Toretsʹkyy sector.

One part of the units, after unloading, will be sent to the area of responsibility of the 28th Brigade on the Toretsʹkyy-Kurdyumivka line, while the other will be sent under Donetsk.

In the Lisichansk sector, positional fighting continues in Belogorivka, where the AFU is trying to contain the advance of the ‘Wagnerians’. 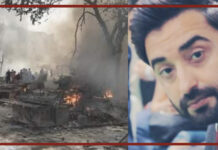