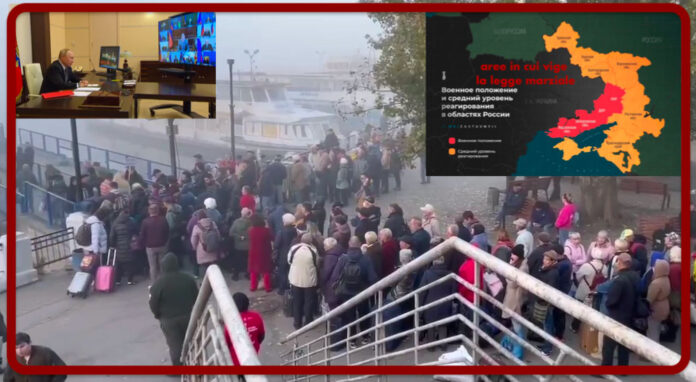 The meeting of the Security Council of the Russian Federation chaired by Vladimir Putin was held regularly. Several bills were introduced that see Russia embarking on the path of a war economy at a rapid pace.

Among the decisions taken were decrees sanctioning the introduction of martial law in four regions: Kherson, Zaporozhye, LPR and DPR. Despite martial law, the borders will not be closed.

Eight regions were transferred to a medium response level state. Among them: Crimea, Krasnodar Territory, Belgorod Region, Bryansk Region, Voronezh Region, Kursk Region, Rostov Region and Sevastopol. According to the decree signed by the Head of State, the basic level of preparedness was also introduced in the rest of the constituent entities of the Federation.

The medium level of response applies to Crimea, Krasnodar Territory, Belgorod, Bryansk, Voronezh, Kursk, Rostov and Sevastopol and entails: temporary resettlement of residents in safe areas; restricting the movement of vehicles and carrying out vehicle searches. The imposition and enforcement of a special regime on entering and leaving the territory and restriction of freedom of movement within the territory; strengthening the protection of public order and public safety, protection of the armed forces, important state and special facilities.

Territorial defence is introduced in the annexed territories: 52,000 new policemen will be needed. The heads of the regions will be given additional powers to ensure security. Putin stated: ‘I am giving instructions to create a special coordination council, it will be headed by Mishustin. The monthly allowance of each private mobilisation after being enlisted in the unit will be 195 thousand roubles. Those responsible for the management of the mobilised and their needs will be Ministers Shoigu and Siluanov.

The Coordination Council will define the task to be assigned to ensure the needs that have arisen in the course of conducting the Special Military Operation, the key areas of this task, the terms for its implementation, as well as the persons from among the members of the Government of the Russian Federation responsible for the work in each area; the person in charge is Mishustin.

The Government of the Russian Federation should provide the necessary budgetary appropriations for the implementation of the above decrees by 1 November 2022, the person in charge of the draft appropriation is Mishustin.

Senior officials of the Subjects of the Russian Federation are to provide assistance in the organisation of places of accommodation for citizens of the Russian Federation called to mobilisation military service, other material and technical support to these citizens and the military formations concerned, as well as in the organisation of training and educational activities for these citizens; to ensure the implementation of a number of social support measures for the families of Russian citizens called to military service at the time of mobilisation. A report is expected from the Kremlin by 1 November 2022 and monthly thereafter.

Moscow has no plans to close its diplomatic missions in Western countries, sources close to the Russian Foreign Ministry reported. Russia also has no plans to impose further restrictions on departures from the country.

While the Security Council was in session, the evacuation of Kherson began. As State Duma deputy Vodolatsky stated: There are no plans to evacuate residents from the new subjects of the RF, with the exception of the Kherson region

Nobody plans to hand Kherson over to the Ukrainian armed forces, said Volodymyr Vasylovych, governor of Kherson. All civil administration departments and ministries in the Kherson region are moving to the left bank of the Dnieper, Saldo said. The settlements in the Kherson region, the governor continued, will be flooded in the event of a dam breaking, but the water will not rise higher than 1-1.5 metres.

The authorities of the Kherson region are planning to relocate some 50-60 thousand people to the left bank of the Dnieper river. “It will take about six days to move civilians from the right bank of the Kherson region to the left bank and other regions of the Russian Federation,” the governor added. In Kherson, however, the organised relocation of residents to the other bank of the Dnieper River has already begun, where the TAC has been deployed, a governorate decree has drawn up a set of instructions and provided a toll-free number for the needs of citizens.

The entry of civilians into the Kherson region is closed for 7 days . Meanwhile Ukrainian troops launched an offensive in the direction of Novaya Kamenka-Berislav, in the Kherson region at the moment the attacks were repelled say from the pro-Russian social sphere.

The head of Zelensky’s office, Yermak, commenting on the Russian side’s statements on the Kherson bombings said: “The Ukrainian armed forces do not bomb Ukrainian cities – only Russian terrorists do, who also have planes in Russia that fall on houses and buildings”

According to the Ministry of Defence of the Russian Federation, on 19 October, at around 4 a.m., the Ukrainian Armed Forces, with up to two companies, made another attempt to land troops on the left bank of the Kachovka Basin and take the territory of the nuclear power plant. The landing involved 37 boats and boats with military personnel of the Ukrainian Armed Forces, 12 heavy and 25 light types.

The communiqué reads: ‘As a result of the active actions of Russian troops guarding the outer perimeter of the Zaporizhzhya nuclear power plant, the enemy landing force was destroyed. The losses of the Ukrainian armed forces amounted to more than 90 Ukrainian soldiers and 14 boats. The remains of the landing force were dispersed by artillery fire in the watery area of the Kakhovka reservoir’.

During the day of 19 October, new bombardments were recorded on Kiev and in Ivano-Frankivs’k. The Burshtynska thermal power plant in the Ivano-Frankivsk region was hit. At least four cruise missiles were reported. 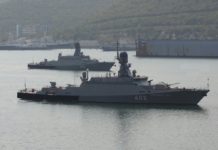 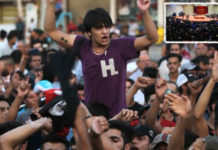 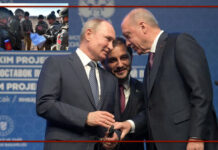 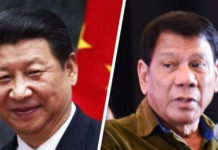