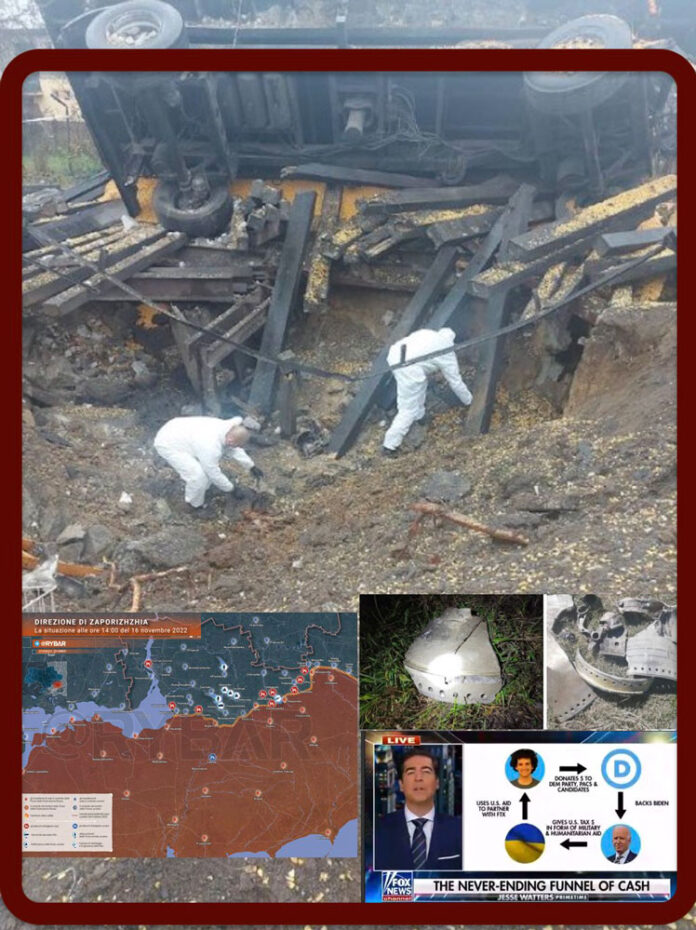 And still on the subject of missiles, as of the late evening of 15 November, attempts were made to shed light on what happened within the Polish borders, when the remains of a missile fell on top of a grain dryer, killing two people while they were working.

The location Przewodow is six kilometres from the Ukrainian border. There was immediate panic, even before understanding what had happened Poland invoked Article 5 of NATO in the press, while the US and NATO called for calm as they tried to understand what had happened.

On the Russian social sphere there was immediate talk of the remains of S- 300s in the Ukraine. And online the remains of the missile that fell in Poland and those that fell in Dagestan in 2020 appeared. In fact, they are identical. The Russian Defence Ministry in its morning briefing stated: ‘Photographs of the wreckage found in the village of Przewodów on the evening of 15 November in Poland have been unequivocally identified by Russian defence specialists as elements of an anti-aircraft guided missile of the S-300 air defence system of the Ukrainian Air Force’. And again the statement reads: ‘We would also like to emphasise that during the massive attack on 15 November with high-precision weapons against facilities in Ukraine, not a single missile attack was carried out against facilities in the city of Kiev. All the destruction demonstrated by the Kiev regime in the residential areas of the Ukrainian capital is a direct consequence of the fall and self-destruction of anti-aircraft missiles fired by Ukrainian troops from Ukrainian and foreign air defence systems deployed within the city’.

The interesting fact is that Polish President Andrej Duda from the outset, always spoke of a Russian-made missile and not a Russian missile against Poland.

On the morning of 16 November, both NATO and the US denied that it was a Russian attack on Poland.

Joe Biden, US President said that the missile over Poland could not have been launched by Russia: ‘preliminary information disproves this’. “According to the trajectory lines, it’s unlikely that (the missile – ed.) was launched from Russia, but we’ll see,” Biden said.

At the same time, he pointed out that the EU and G7 leaders, at an emergency meeting he sponsored, agreed to support the investigation and find out what really happened in Poland.

According to CNN: A NATO aircraft tracked the missile that fell on Polish territory, the data was provided to Warsaw and the Alliance, but about who launched it – no word. At the same time, the G7 and NATO leaders declared that they are ready to provide Poland with full support in the investigation of the bombing and are in close contact.

According to initial statements, the missile fragments fell as a result of a Ukrainian defence action against Russian missiles. At 13:33 on 16 November, Polish President Andrej Duda reported that ‘the rocket explosion in Przewodow in Poland was caused by the detonation of fuel, the warhead did not explode. American and Polish experts are working at the site of the accident’.

At the end of the morning, the opinion of world leaders was mainly divided into three parts: Europe, while waiting to know who caused the incident, still blames Russia for the continued attacks on Ukraine, and prepares for a new package of sanctions. With the exception of France: France Presse – quoting the Elysée on the identity of the missile that fell in Poland: ‘It is logical that we approach this issue with the utmost caution. Many countries have the same type of weapon, so identifying the type of missile does not necessarily mean identifying the entity that used it’. Macron said that at the moment ‘it is impossible to identify those responsible for the missile attacks on Polish territory’.

NATO and the United States tried to dampen spirits by talking about ongoing investigations and an unlikely Russian launch. To the exclusion of Turkey, which immediately in the voice of Erdogan said: ‘The data show that Russia had nothing to do with the missile launch incident on Polish territory’. At a press conference Jens Stoltenberg reported: ‘The alliance sees no sign that Russia is planning an attack against it. We do not have the final conclusions of the investigation, nor do we have confirmation that this attack was directed, but we all agree that Russia is the culprit in this conflict. If they were not, this situation would not even have occurred in Poland. The incident does not have the characteristics of an attack, so we cannot say that our defence did not work, only that it is not ‘sharp’ for this type of incident’.

And the Nordic countries and the Baltic republics with Poland and Ukraine having first called for NATO intervention, Poland has in fact initiated the convening of the NATO Council under Article 4 of the basic treaty, the Hungarian Foreign Minister reported. To settle for more border defence at the end of the morning. The Finnish Foreign Minister and also the Latvian Foreign Minister say that Ukrainian airspace could be closed as a result of the Polish emergency, but in fact a Polish emergency does not exist. Polish General Roman Polko proposed extending the Polish air defence area of responsibility to Ukraine. In the end, President Duda himself told microphones at 12:19 p.m.: ‘There is no indication that this was an attack on Poland. There is a high probability that the downed missile belonged to the Ukrainian air defence. It was a Russian-made missile from the 1970s, but at this point ‘there is no evidence that it was launched by the Russian military’. The fall of the missile may have been an ‘accident”.

On the Russian social sphere on the morning of 16 November a slogan circulated that read: ‘Ukraine hit NATO yesterday. With a missile’.

Russia’s reaction was not long in coming: Russia’s Defence Ministry, Sergei Shoigu, called the statements of the Polish media and officials a provocation and claimed that there were no Russian missile attacks near the Ukrainian-Polish border. The closest missile to the Polish border was launched 68 km away, according to unofficial Russian sources.

Vladimir Putin’s spokesman Dimitry Peskov on the missile incident in Poland: ‘We witnessed another hysterical and fiercely Russophobic reaction that was not based on any real data. In fact, high-level representatives of various countries made statements without having an exact idea of what happened, of what caused it. Once again, the frantic and detailed reaction shows that one should never make hasty assessments that can inflame the situation, especially at such crucial times. We would have preferred to hear such emotional and even emotional reactions on the occasion of the sabotage of the Nord Stream submarine pipelines. There was no such reaction then. And nobody rushed to find out who had organised this sabotage. The Poles had all possible means to immediately report that it was the wreckage of an S-300 missile and, as a result, all specialists would immediately realise that it could not have been a missile that had anything to do with the Russian armed forces’.

And while the incident in Poland filled the pages of the newspapers, fighting continued on the front line: In the direction of Luhansk, the AFU attempted to advance towards Kuzemivka, thus cutting off a section of the rocket road and railway line. Russian forces, in turn, attacked near Bilohorivka.

On the Donetsk front, the Russian armed forces approached Nevelskoye. If successful, a section of the rocket road towards Pervomais’kyi will be cut off. An offensive is also underway in the direction of this settlement. The prospect is to outflank the AFU stronghold in Avdeevka from the south-west.

The Ukrainian Armed Forces, on the morning of 16 November, are trying to conduct offensives along the entire line from Popasna to the Kharkiv region. The representative of the People’s Militia LNR Andriy Marochko in Solovyov Live

In the Zaporizhzhya direction, Russian artillery was engaged in a massive shelling of AFU positions in Bolshaya Novosyolka. There were also attacks in the Gulyaypol area. On the ground, the opposing sides did not engage in active combat operations.

Residents of Slov “jans’k recorded the arrival of Ukrainian equipment and personnel for the fourth day. According to soldiers, they were moved from the direction of Kherson.

At 14:00 on 16 November against the background of a pause and positional battles in some sectors of the front, the Ukrainian command is reinforcing troop regrouping in the Zaporozhye region.

Reinforcements have arrived at the front positions of the 1st Battalion of the 65th Shadow Battalion of the Armed Forces of Ukraine in Preobrazhenka, and a group of Ukrainian special forces has been deployed in Volnyanka.

The concentration of armoured vehicles and weapons is taking place in the vicinity of Orekhov, where a Ukrainian attack force is being formed. Straddling Vasinovka – Omelnik – Yegorovka, positions of the 16th battalion of the 58th ompbr of the Armed Forces of Ukraine are being deployed.

The transfer of several units from the Kherson direction continues. Now at least two battalions of the Armed Forces of Ukraine are moving into the combat area.

In the Gulyai-Polye sector in the area of Komsomolsky, Gulyai-Polye and Malinovka, several sabotage groups were formed with a total number of 35-40 persons to send them to the rear of the Russian troops.

In connection with the arrival of forces from the Kherson direction, two rifle companies of the 102nd troop brigade of the Ukrainian Armed Forces will be transferred to the Donetsk direction at the beginning of December.

Finally, it is reported that the FSB, according to the pro-Russian social sphere, intercepted a conversation between a Polish diplomat detained in Moscow while accepting a bribe. The FSB confirmed that the woman is one of their employees and works in the strategic planning department. FSB officials stated that the Polish citizen had seriously violated international law. 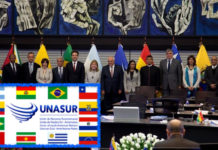 A breve visti russi per i georgiani? 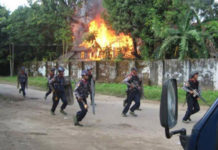