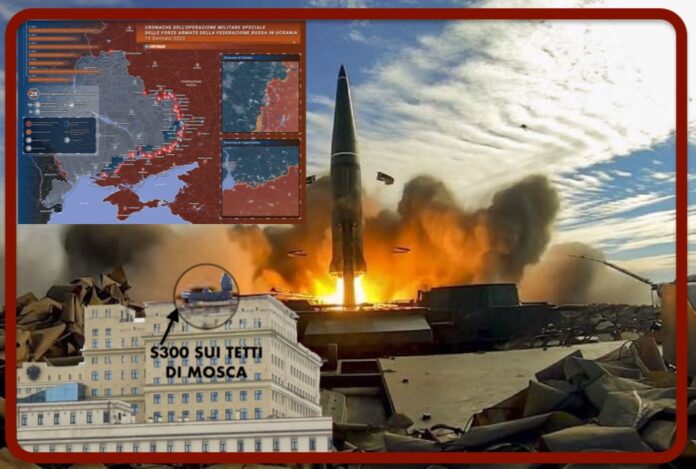 There were two items of news on the day of 20 January: on the one hand, the US request to its NATO allies to supply Ukraine with more weapons, which all the newspapers reported on. The issue of the transfer of Western tanks to Ukraine was not resolved during the meeting between the US and German Defence Ministers Lloyd Austin and Boris Pistorius. The news was reported by CNN. The most reluctant country is Germany, which demands the surrender of US tanks before surrendering its own. On the other is the deployment of air defences over Moscow. SAM Pantsir installed on the roofs of buildings in the Russian capital. On the morning of 20 January, the army was also deployed in the capital.

According to the social sphere, the air defences on the roofs of Moscow are ‘in a way a good sign. It means that no one has any illusions any more. The breaking of illusions and self-deceptions in any healing practice is the beginning of healing. And again I must repeat for those who think that one can simply ‘wait in a safe place’. There will be no safe place. The sooner everyone is in the new reality, the easier it will be to live there. The current conflict is in a sense Russia’s struggle for the right to exist as a major continental power. As you can see, the ‘respected partners’ do not recognise this right.

The sentiment of the pro-Russian social sphere, made up of military analysts, military personnel, and ordinary citizens, is now that the conflict is a foregone conclusion. All of this is deduced from the words of Western leaders, and those of Russia who have said on several occasions that the supply of weapons to Ukraine that could hit Russian soil would be considered an attack by NATO forces and therefore a declaration of war. Words that have tightened of a possible nuclear attack in the event of an attack on Crimea with American or NATO weapons.

The European Parliament voted to create a tribunal for senior Russian and Belarusian leaders for actions against Ukraine. The vote was 472 in favour, 19 against and 33 abstentions. A tribunal at the moment empty of legal value but full of ideology that is not good for the opening of a dialogue between Russia and Ukraine.

Hungary blocked another tranche of European funds for Ukraine and demanded an end to the atrocities against the Hungarian population of Ukraine, which is discriminated against on ethnic grounds. In particular, the reference is to ethnic Hungarians in the Zakarpattia region. Hungarian flags were removed and Hungarian writing was dismantled in the area of the Transcarpathian city of Mukachevo, where a large number of ethnic Hungarians live.  The employment contract of the local Hungarian school director was also terminated. “We condemn the incident. We call on the local leaders to immediately stop the atrocities against Hungarians,’ said Hungarian Foreign Ministry spokesman Menzer.

On the frontlines last night, the Russians attacked and took the village of Lobkove (Zaporozhizhia region). The Russian army therefore went on the offensive in Zaporozhizhia. Online Ukrainian footage shows Russian fighters and vehicles advancing, while the Ukrainians try to stop the attack with low-intensity artillery fire. Without success. The offensive has succeeded in capturing Ukrainian-controlled territory and strategically important high ground, which suggests that a number of important settlements have been taken under fire, it is now a matter of time before the Ukrainians in the area lose territorial control. The capture of Lobkove in the direction of Zaporizhia somewhat worsens the situation of the Ukrainian Orange forces in the Kamenskoye-Zaporizhizhia section. The reasons for the loss of this settlement and a number of other positions are the withdrawal of some brigades from the direction in the interest of holding the front near Bachmut, Soledar and Marinka.

In the Zaporizhzhya region, the Russian Armed Forces occupied several Ukrainian strongholds following combat reconnaissance in the direction of Orekhovsky. The Ukrainian Armed Forces are conducting offensives in Novoselivske (north-west of Svatove, in the ‘grey zone’) with the support of armoured vehicles. In the late afternoon, it is reported that the Russian army began storming the town of Orekhov, in the Zaporozhizhia region.

On the morning of 20 January, air warnings were issued throughout Ukraine: Dnipropetrovsk, Kharkiv and Poltava. An explosion occurred in Odessa, a missile attack is believed to have hit an ammunition depot in the city of Yuzhny. Ukrainian media reported. Explosions in Nikopol, Dnipropetrovsk region. Ukrainian editors write about explosions in the Kharkiv region.

Kiev is withdrawing its rearguard troops to Bachmut. There is currently fighting in the settlements of Krasnaya Gora and Paraskoviyivka.

Yesterday, the Ukrainian armed forces shelled the town of Balki, in the Shebeki district of the Belgorod region. In the LNR, the Ukrainians struck the Bilovodskyi district using seven UAVs. Six attack UAVs were shot down and did not reach their targets. One UAV damaged the premises of a horse farm machine shop. Two tractors were damaged. In the DNR, the enemy fired 219 rounds of ammunition at civilians in Donetsk, Horlivka, Yasynuvata, Makeyevka and Volnovakha. Two civilians were killed in Volnovakha.

According to Ukrainian sources there are 6 Russian missile launchers (including two submarines) in the Black Sea with a total salvo of 40 Kaliber. This was reported by the spokeswoman of the Ukrainian Armed Forces, Natalya Humenyuk. 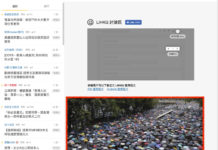 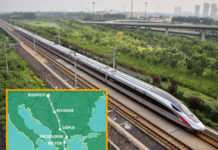