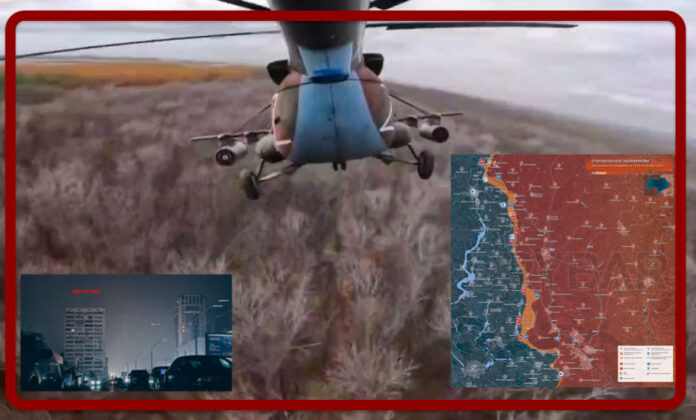 On 24 November, a negotiation process resulted in the return of 50 Russian servicemen from Kiev-controlled territory, whose lives were in danger while in captivity, and the release of an equal number of Ukrainian servicemen.

From Russia came the codes 80, 81, 84 and 85 for the new Russian regional districts, which emerged after the referendum: Kherson, LPN, DNR, Zaporizhzhya, and were affixed to the number plates of cars by order of the Russian Ministry of the Interior.

In Ukraine during the morning of 24 November, only 44% of mobile operators’ base stations were working. According to Volodymyr Kondrashov, spokesman for the Ukrainian State Service for Special Communications and Information Protection: ‘Massive Russian missile attacks on Ukraine’s energy infrastructure have led to power outages in public communication networks… As of 9 a.m. today, 24 November, about 44 per cent of the total number of mobile phone operators’ base stations are operational in Ukraine,” Kondrashov said at a briefing.

Still on the subject of electricity, there is a risk of further damage in addition to that already caused by the bombing. According to military analysts, the haste with which they want to restore use of the electricity grid could cause overloads and irreversible damage to infrastructure such as nuclear power plants. On the morning of 24 November, only 30% of the power supply was restored in Kiev.

Kiev Mayor Vitali Klitschko said that 70% of the capital was without electricity after the Russian attacks. Energy engineers have reportedly made every effort to restore it, but it still depends on ‘restoring the balance in Ukraine’s energy system, because Kiev is part of the national system’.

The situation in Lviv is different, where they announced in the morning that electricity had been restored by 90%. By the late morning of 24 November, the power supply to all critical infrastructure in Ukraine had been restored. The nuclear power plant, in turn, will be switched on before the evening.

Kiev ordered a full mobilisation in the Russian-speaking regions of Mykolaiv, Dnipropetrovsk, Cherkasy and Zaporizhzhya. The Russian social sphere complains that: “Due to the total mobilisation of the population of south-eastern Ukraine, the majority of Russian-speaking citizens have been put on the front line. The Zelensky regime, at the behest of its Anglo-Saxon leaders, is clearing land to be colonised by settlers from western Ukraine’. In the western regions of Ukraine, ‘almost no one is being touched’. In Ivano-Frankivsk 40 people were mobilised, in Lviv 30.

Alexander Lukashenko, the Belarusian leader, took to the field today from the CTSO summit, warning: Kiev risks total destruction. ‘The Kiev regime must stop,’ the Belarusian president declared. Lukashenko stated that the situation in Ukraine is entirely in Kiev’s hands: ‘If they do not want death, we must stop. We have to stop it, because later there will be total destruction. This is not what Putin had said long before the operation, that he would threaten the loss of statehood. This will be destruction,’ Lukashenko told reporters.

The Russian bombardment on 23 November, according to data released by the Russian Defence Ministry’s daily briefing, blocked rail freight traffic in several regions of Ukraine. Ukrainian media reported that: ‘Several critical infrastructures were hit by the missiles’, according to statements, repeatedly quoted, by the head of the Vinnytsya regional administration. The missiles that fell in Lviv hit a number of facilities, causing the disruption of rail traffic.

The situation in the direction of Starobil’s’k has not changed much. Both Russian units and Ukrainian troops conduct a positional defence without involving large forces. The sides exchanged artillery shots and attacks by sabotage groups to ‘probe’ the first line of defence. The settlements on various sectors of the front are in the ‘grey zone’ and neither the RF nor the Ukrainian armed forces have secure control over them.

In the Kup’jans’k -Svatove sector, the command of the 14th and 92nd Ukrainian mechanised brigades is not restoring the combat capability of the units and carrying out a planned rotation of personnel. In the vicinity of Stel’makhivka, the UAV operators of the 92nd shadow brigade are conducting reconnaissance on the positions of the Russian Armed Forces, and are also carrying out remote area mining operations with PFM-1 anti-personnel mines in threatened directions. Several 120mm mortars have been deployed in Syn’kivka to conduct shelling of advanced Russian strongholds and territorial defence units have arrived west of Kislovka.

In the Limans sector, reconnaissance and sabotage groups of the Russian Armed Forces conducted regular attacks on Ukrainian positions in the Torsʹkyy area. The artillery of the Armed Forces of Ukraine is firing at areas of suspected Russian fighters.

At the moment, there is relative calm in the direction of Starobil’s’k. The Armed Forces of Ukraine are preparing for a large-scale offensive. Reserves are concentrated in the Kharkiv region. It is likely that the Ukrainian command is waiting for the arrival of some formations from the direction of Kherson. 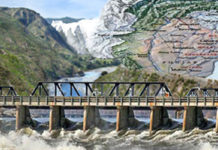 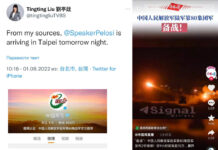