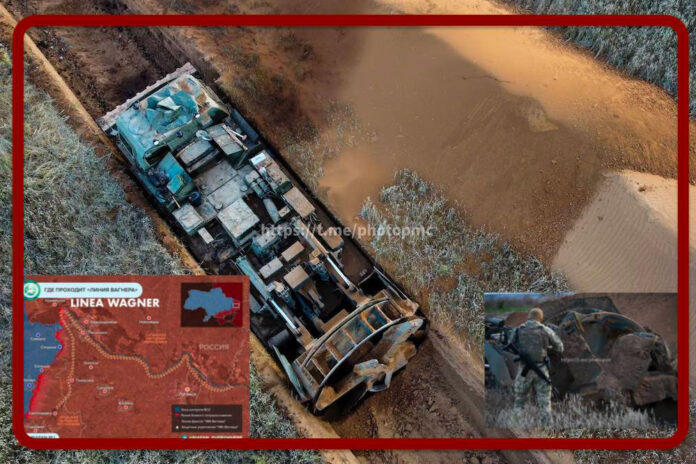 Photos of the Wagner group digging trenches with sophisticated machinery have been posted on the Russian social sphere since 15 October. Many wondered what the trenches were for and how far they would go. And yesterday after the Security Council meeting chaired by Russian President Vladimir Putin came the answer.

The so-called ‘Wagner Line’ is the defence system that PMC Wagner is currently building in the Donbass to protect the new annexations. The martial law declared in all 4 territories annexed after a referendum not recognised in the West; DPR, LNR, Kherson, Zaporizhzhia; the evacuation of 60,000 people from the Kherson territory for fear of the flooding that will be caused by the bombing are only the beginning of a path that must see the light of day by November. Trenches to protect conquered territories.

Russia is therefore preparing for a long winter in the trenches. The Wagner Line does not lie near the actual front line but, in fact, behind the Russian troops. The main part lies on the right bank of the Seversky Donets river. While the left bank of the river (where, for example, Kreminna, Rubizne, Severodonetsk, Svatove, Starobilsk, Novoaidar, etc. are located) is now controlled by Russia.

According to some Russian and Ukrainian military analysts on the basis of experience on the southern front, it can be argued that preventive security measures and preparation of fortifications in advance sound moves that could give Russia a strategic advantage.

RIA New Day asked Evgeny Viktorovich Prigozhin, founder of Wagner, whether the ‘Wagner Line’ will also be built in the territories bordering the LNR and DPR. He replied: ‘As of today, the Wagner Line is being actively erected on the borders of the Luhansk and partially Donetsk regions, as well as within them. In fact, in the main area of responsibility of the PMC Wagner. In addition, we are already actively working with the Belgorod region, where I sent my representative, Andrey Bogatov, a fortnight ago. He is engaged not only in the construction of defensive structures, but also in the creation of a popular militia on the territory of the Belgorod region. Various enterprises are producing the necessary elements for the fortifications, and PMC instructors from Wagner are training citizens who will defend the borders of the region. Of course, we are ready to provide all kinds of support to other regions that need to take care of their defence.

The construction of the Wagner Line, explained the Wagner leader, is a system of fortifications (trenches, walkways, anti-tank trenches, etc.) to repel a possible enemy offensive. 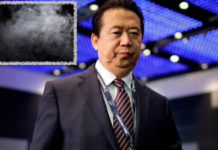