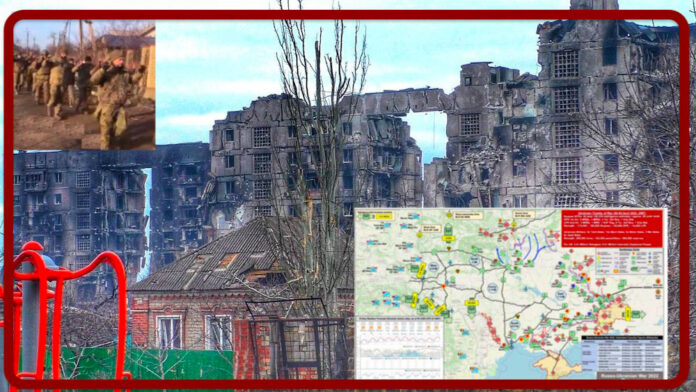 The Russians and the Donbass militias have taken Mariupol, we don’t really know what is happening in the steelworks area but the city is taken. The tactic used is the one seen in Damascus to return control of city districts from the hands of the rebels to those of Assad’s militias. Urban combat.

In other words, artillery is used. In this case Acacia self-propelled guns. You go house to house and take entire neighbourhoods. During this phase of the war, the DPR militias on the front line accepted the surrender of 250 Ukrainian Marines.

The main battles are now being fought in the area of the Azovstal plant and in the Primorsky district of Mariupol. RF forces and DPR militants continue to suffer heavy losses as they slowly move deeper into Ukrainian defences.

Just looking at the photographs, the state of disrepair in the city, the vehicles put on the roads to prevent civilians from leaving Mariupol makes one think of the hell those people have been through. Many of them have kept diaries that we hope will soon become public knowledge for those who think that war or sending weapons is a solution to a political crisis.

The surrender of the Ukrainian Marines according to journalists embedded with the DPR militias went on for about 12 hours. In neutral territory, the journalists say, first small groups then together 176 Marines surrendered. Some of them suffered minor injuries. The prisoners were received by DPR Interior Minister Alexei Dikiy. Contrary to previous reports, it was not the men of the 503rd but of the 501st who surrendered. The Russians have already activated a channel to search for the missing, the young men of the United Russia Guard and volunteers will take care of it. There is a special website https://poisk-mariupol.ru/ to search for the missing. In just one day, 1500 requests were received.

According to the DPR militia, 139 towns and villages have been ‘liberated’ in the Donbass. And they confirm that there are battles for Maryinka, Novomikhailovka and Mariupol.

The Moscow Defence Ministry’s Briefing of the morning of 5 April states that ‘in the evening of 4 April, long-range, high-precision weapons based at sea in the Ochakov area destroyed the Ukrainian Special Operations Forces training centre, which was used, among other things, to house foreign mercenaries. High-precision air-launched missiles destroyed four fuel storage facilities for supplying groups of Ukrainian troops in the settlement areas of Kremenets, Cherkasy, Zaporozhye and Novomoskovsk. And again, overnight, Russian air and missile forces struck 134 Ukrainian military facilities. These included eight command posts and communication centres, a radar for illuminating and guiding the S-300 anti-aircraft missile system, a launcher for the Tochka-U missile system, six ammunition depots and two fuel depots, as well as 85 strongholds and concentration areas Ukrainian military equipment. Four Ukrainian drones were shot down”.

In total, since the beginning of hostilities, according to the Russians, 125 aircraft, 91 helicopters, 398 unmanned aircraft, 226 anti-aircraft missile systems, 1969 tanks and other armoured fighting vehicles, 214 multiple rocket launch systems, 852 field artillery and mortar guns have been destroyed, as well as 1873 special military units and vehicles. 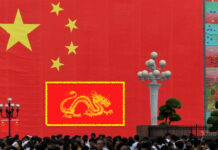 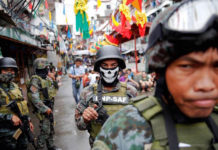