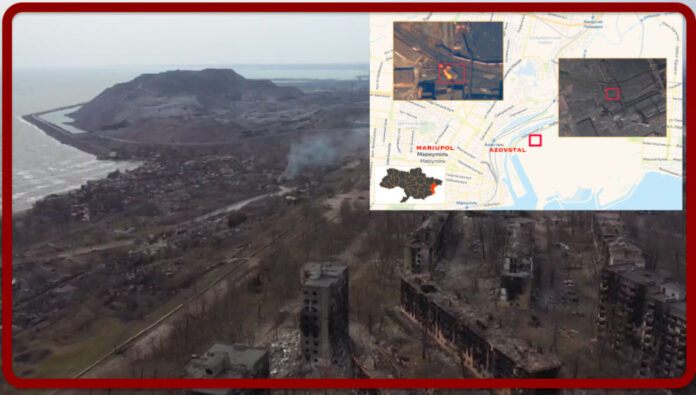 The road to Azovstal is proving impassable for the Russians as they came under a second bombardment on the evening of 31 March.

“The sniper,” says an embedded Russian journalist, “saw bulletproof vests and blue helmets, but they don’t care. We are not the first and not the last journalists targeted by the Nazis,’ he says in his RT report. “And this is not the worst thing they do: in the same way, they shoot at civilians, old people and women trying to escape into liberated territories’.

Contrary to many maps and the opinion of analysts, the Russians have not yet entered the territory of the Azovstal industrial zone from the southeast, the battles are on the outskirts and Morskoy Boulevard Street is almost free. Russian artillery is striking next to buildings occupied by Chechen fighters. The work is coordinated. Once the steelworks are taken Mariupol will be completely taken.

On the 1st of April the fighting started again early in the morning and the goal is to liberate all of Mariupol by the 2nd.

Ramzan Kadyrov has given the militants who have settled in the Azovstal plant in Mariupol one day to lay down their arms and surrender. This is the second ultimatum the Russians have given the Ukrainian nationalists. On the territory of the Azovstal industrial zone most of the “Azov” nationalists are located – with headquarters, warehouses and barracks.

Chechen soldiers say: “Here will end the liberation of Mariupol and the battle for the city”. In the morning of the first the Azov and allied men tried to patrol the outside with drones that were shot down.

On the night of 31 March, to limit the strength of Ukrainian nationalists, Russian aerospace forces destroyed the Ukrainian armed forces’ multiple-launch rocket systems hidden in urban industrial buildings. Attacks were carried out by missile weapons from an unmanned aerial vehicle, a UAV.

According to rumours on social media, young people in Mariupol would like to flood the slums of the steelworks where the Azovs are hiding.

And online they write: ‘In the catacombs of the Azovstal plant in Mariupol there are sluices for the drainage of industrial waste water. These sluices can flood these catacombs with all the rats of the Azov regiment. We need to find engineers or someone to tinker with the water pumps at this plant.” 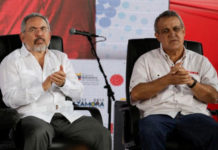 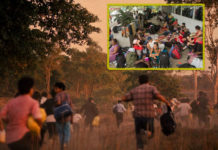 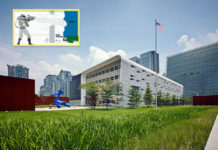