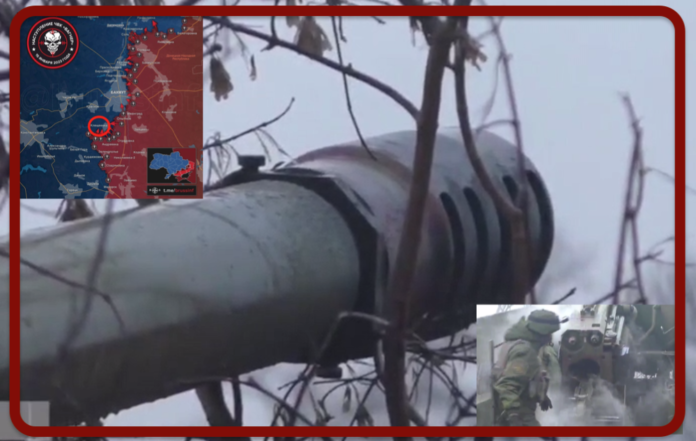 In the Old Continent, perhaps someone is beginning to open his eyes and discover that the Ukraine-Russia war is seriously harming Humanity and will cause Europe to succumb. French President Emmanuel Macron said that there is an unprecedented crisis in Europe because of the situation in Ukraine.

‘There is an unprecedented crisis because the war is returning to the continent,’ he said in an interview with the newspaper El Pais. ‘The economic model is strongly affected by the direct and indirect consequences of this war. The answer is an economically, technologically and militarily sovereign Europe. In other words, a truly powerful Europe,’ said the French president. In his view, the European democracies are suffering from the crisis and are experiencing ‘a kind of weariness, a loss of collective reference points’. The implicit message is Europe and not the United States. France and Spain have recently signed economic-military agreements precisely to try to patch up the European military shortcomings that just could not cope, for lack of means and men, with Russia.

Further clarifying the difficult situation are the words of the Chief of Staff of the Polish army, General Raimund Andrzejczak, to the Polish press agency Polska Agencja Prasowa: “Russia still has a lot of resources for the war, while Ukraine is losing them much faster (…) Before the war, the Russians had 600 billion dollars in reserves, 300 billion frozen by international financial centres. That is, if you spend up to $100 billion a year, there is still money for two years,’ Andrzejczak calculated. According to the General, Russia does not and will not have problems with personnel and equipment. “This is a powerful country with a population of over 140 million people. To mobilise 100, 200, 300 thousand people is not something impossible,” he said. “We are talking about losses in relation to resources. Ukraine may simply not be able to sustain this depletion. The scale effect is important. Russia is still big and strong,’ the Polish commander warned.

And that the war will not stop for now, Turkey is also convinced by now: ‘The resumption of talks between Russia and Ukraine is made more difficult,’ the Turkish Foreign Ministry said in a press note.

One thing is certain, Russia will not give up the buffer zone in Ukraine that will allow it to put some distance between itself and NATO military bases. Dmitry Medved also stated on 19 January that the loss of a nuclear power in a conventional war could trigger the start of a nuclear war, nuclear powers have not lost major conflicts on which their fate depends.

On the other hand, the words of Volodymyr Zelensky, the Ukrainian president, in Davos, namely that he refuses to negotiate with Putin ‘because he is not sure if the Russian president is alive’, are at the moment completely unfounded. The entire non-Western world watched Vladimir Putin on 18 January commemorate the graves of the fallen of the Second World War in Russia.

Earlier, on 17 January, Putin presented a bill in the Duma to end the Council of Europe’s international treaties against Russia.

Ombudsman Tatyana Moskalkova said she was surprised by media and social media reports of possible prisoner exchanges between Russia and Ukraine, which listed 800 people on the Kiev side and 200 on the Russian side: ‘In my talks with Ukrainian ombudsman Dmitriy Lubinets in Ankara, there was never any mention of exchanges, and I always stressed that these matters are the responsibility of the Russian Defence Ministry. Moreover, I believe that such an unequal exchange cannot be considered fair,’ Moskalkova said.

The day of 19 January saw the social sphere deal with the issue of Klescheyevka. According to pro-Russian social sources, heavy fighting was going on on 17 January. Since 19 January, the suburb of Bachmut has been completely taken over by Wagner PMC units. Exclusively by Wagner units. Heavy fighting is still going on around Kleshcheyevka. Yevgeny Prigozhin wrote via social media: ‘The enemy is clinging to every metre of ground’. Prigozhin also confirmed that the Ukrainian armed forces are fighting in Bachmut: ‘We have a lot to learn from them. But in any case, Vagner’s PMC units are progressing metre by metre. Artemivsk will be taken’.

Other sources say that Russian artillery is beginning to strike more and more on the western outskirts of Bachmut. Also via social media we learn that Ukrainian trenches near Sporny have been taken by the Russians. After the end of the fighting for Soledar, the Russians are intensifying the pressure on the Seversk bulge that has formed, particularly on the Razdolovka-Veseloye-Spornoye line of defence.

The war correspondent Simonov on the advance of the Russian assault groups in Bachmut states: ‘1. A week after the full occupation of Trudovyye Reserve Street and part of Sovkhoznaya Street, the assault groups advanced significantly in the Myasokombinat area; 2. new Ukrainian positions were pushed back in Kotsyubinskogo and Ivan Franka Streets, near Zabakhmutka; 3. In the south of the city, Vagner’s PMC fighters were successful after the complete liberation of Opytne and occupied a block of multi-storey buildings in Bachmut itself. In doing so, the WAGNER men carried out the evacuation of the city’s residents who were in the city’s combat zone’.

At 09:19 on 19 January, an air alert was declared throughout Ukraine. And now a look at the front line at 13:00 on 19 January. In the direction of Zaporizhizhia the Russian military took the offensive in the local areas of the front. The Ukrainian forces reinforced the advanced positions with reinforcements.

In the Orikhivs’kyi sector, the Russian armed forces with the support of artillery conducted a reconnaissance of the Ukrainian positions on the Malye Shcherbaki – Stepovoye and Malaya Tokmachka -Nesterianka lines.

Following a surprise attack on the strongholds of the Ukrainian Armed Forces, the units of the 65th Brigade and the 15th Battalion of 128 Ogshbir, reinforced by a company of the 9th Special “Gepard” Regiment, withdrew to reserve positions.

The Ukrainians are spreading information about the loss of control of four settlements. Due to the lack of artillery and air support, the Russian attack could not be repelled.

In the vicinity of Novoselovka, the 253rd Battalion of the Ukrainian 129th TRO Brigade was transferred from the Enerhoda site to reinforce the defence of the 108th TRO Brigade, while 30 men arrived in Tavriyskoye to supplement the 65th TRO Brigade.

In the next 24 hours, two tactical groups of the 128th Ogshbir and the 65th Ukrainian Army Brigade, reinforced by six MBMs and two tanks, intend to launch a counter-attack on the Russian positions to regain control of the lost territories.

Currently, a significant part of the villages along the line of contact, including Malye Shcherbaki and Malye Tokmachka, are in the ‘grey zone’. Russian fighter jets are keeping an eye on the settlements.

The Pologovsky section of the Ukrainian Armed Forces also expects Russian fighters to assault the outposts. The positions of the 108 RR TRO have been reinforced with machine gun crews, while Kornet and Corsair anti-tank crews have been deployed in the TER strongholds of Charivne and Belogorie.

Additional artillery assets were deployed on the Vremevsky ledge near Iskra and Kamyshevakha, on the border between the DPR and Zaporizhizhia Oblast, in case of a new offensive against Bolshaya Novoselovka. 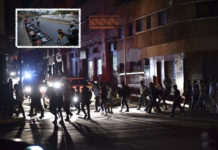 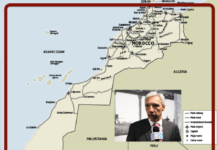