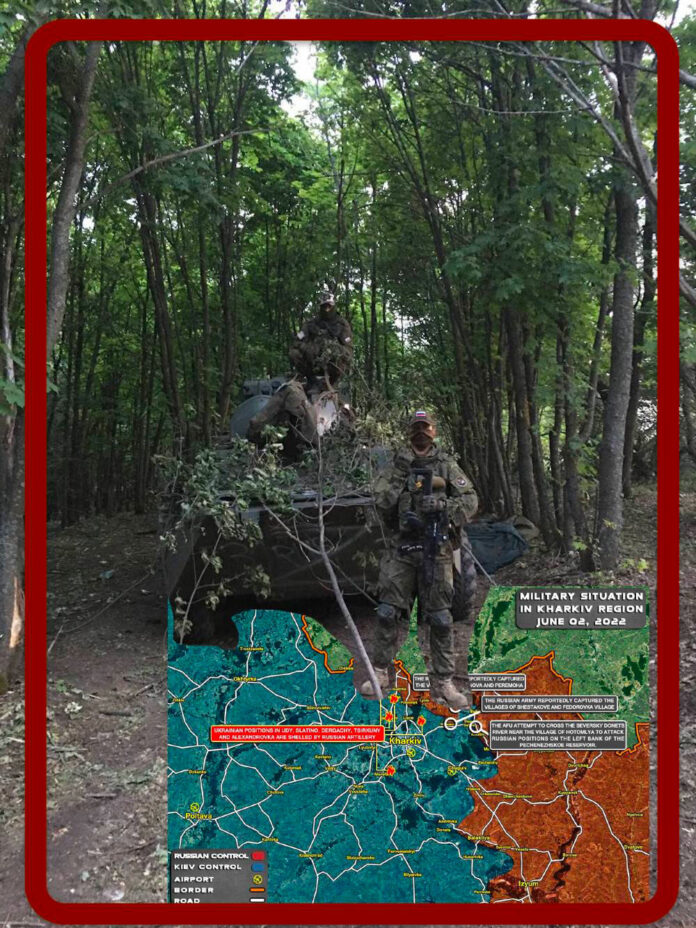 The social sphere is preparing for the attack on Odessa. No one is talking about it explicitly, but news from the city is becoming more and more frequent: from fights ta soldiers, to the sale of food destined for Odessa to Romania and Poland, to the explosion of the hand grenade that wounded three policemen on the day of June 2nd.

The multiplication of news from a given geographical point, we have learnt in the first 100 days of the war on social media, means that soon news from the front will come from there. On the day of two June, the situation at the front saw important developments in the Kharkiv region.

In the north of the Kharkiv region, the Ukrainian armed forces managed to transfer forces to Khotomala via the Pechenezh Basin and are preparing an attack on the positions of the Russian armed forces on the left bank of the Pecheneg Basin. A Ukrainian tank unit arrived on the line of contact in Udy and a large number of instructors and foreign mercenaries arrived in Stary Saltov. Russian artillery attacked Ukrainian positions in Shestakovo: several dozen soldiers of the Kraken battalion were killed and wounded.

In the direction of Slavyansk, the Russian armed forces are attacking Svyatogorsk from the direction of Drobyshevo, Yarovaya is occupied. Fighting is ongoing on the outskirts of Svyatogorsk and in the forest adjacent to the city, as well as the suppression of Ukrainian firing points on the heights of the western bank of the Seversky Donets. According to social sources, Ukrainian territorial defence units used militiamen of the Svyatogorsk Lavra as a ‘human shield’ unverifiable news.

In Severodonetsk, the Russian-Ukrainian forces have established control over a large part of the city, and the clearing of previously occupied areas is underway. After a failed counter-attack attempt with artillery support from Lysichansk, several hundred Ukrainian soldiers barricaded themselves in defence on the area of the Azot plant.

The offensive also continued in the direction of Popasnensky. The units of the Russian Armed Forces completely occupied Kamyshevakha and reached the western outskirts of Zolote. The Ukrainian units retreated from the building into the surrounding forests. Information about the occupation of the fortified area of Pilipchatino by Wagner PMC assault units was confirmed. North of Toshkovka, DPR militia units are fighting in Ustinovka and Mirnaya Polyana to reach the southern suburbs of Lysichansk. Bitter clashes continue on the Bakhmut-Lysichansk highway: the Ukrainian Armed Forces are deploying additional reinforcements on the road and hitting Nyrkovo, Belogorovka and Berestovoye with artillery.

Near Svetlodarsk, DPR forces are trying to win over Ukrainian units from the Uglegorsk OPT area. There are also battles for the village of Dolomitnoye west of the basin. Below Avdiivka, the Ukrainian Armed Forces launched an unsuccessful attack and lost several armoured vehicles. Clashes continue on the southern and eastern approaches to the city. 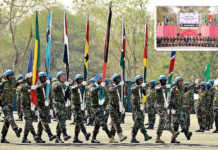