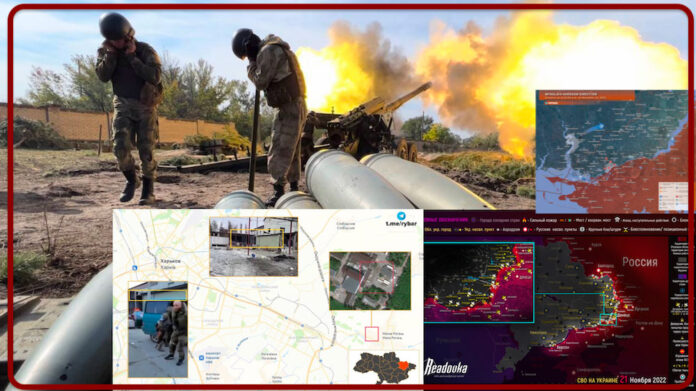 On November 21, 2013, the Euromaidan began in Kiev, nine years later Russia and Ukraine are fighting against each other, and again the Ukrainians on November 21 handed over the Kherson flag to the head of the Pentagon.

On the social sphere, most of the posts are dedicated to the cold-blooded killing of Russian soldiers by the Ukrainian soldiers near Makiïvka. RT military correspondent Murad Gazdiyev published an article with an interview with a former fighter of the Ukrainian 80th Airborne Assault Brigade from Lviv, whose members “executed” Russian prisoners at Makiivka in the LNR. According to what was reported via social media, five members responsible for the killing of the Russian military would have been identified, the personal details are not reported because the investigations are still ongoing. The Ryabar channel has also drawn up a map of the place with images of the incident. According to the article, the data of which are not verifiable for us to motivate the execution of the military hatred of the Russians.

Still speaking of military situations, we learn from the social sphere that at the front there is a Turkish battalion, “Turan” created to fight in Ukraine. The battalion commander is a citizen of Kyrgyzstan, Almaz Kudabekoglu, who has been fighting in Ukraine since 24 February. He claimed that Putin “performed a genocide against the Turkish-speaking peoples”. In the video in which he testifies to his activity there is also a soldier with an Azerbaijani flag.

And now we come to the situation at the front at 11.59pm on November 21st.

An attempt by the Armed Forces of Ukraine to attack Kuzemivka in the LNR was thwarted by Russian artillery and heavy flamethrower fire used on Ukrainian staging areas. Also, Ukrainian soldiers attempted to attack in the direction of Golikovo and Chervonopopivka LNR, but were repulsed by Russian artillery. Three BMPs and one armored vehicle were knocked out. Two Ukrainian Uragan multiple rocket launchers were destroyed near Pylne, Kharkiv region, from which the Belgorod region was shelled.

The Russian army continues the assault on Mariinka. The Russian Armed Forces have entered the city center and established control of key sites along Druzhba Avenue. At present, neither side controls the administrative area. The Russian military regularly carries out air strikes on Ukrainian positions.

The militants counterattacked our positions in the areas of Novomykhailivka, Pavlivka and Volodymyrivka, as well as Novodar’ivka, but they were repulsed by Russian artillery shelling and the actions of assault groups. One tank, two BMPs and five armored vehicles were destroyed.

The Ukrainian command continues to deploy units from the Kherson direction. More than 1,500 men and more than 210 units of various equipment will depart from the Mykolayiv and Kherson regions to the central and eastern regions of Ukraine between 22 and 25 November.

The SBU and the Ukrainian National Police resumed work in Kherson. Agents are conducting filtering measures and massively checking all buildings and houses in the city for pro-Russian citizens and Russian Armed Forces personnel.

Near the Kinburn peninsula, Ukrainian reconnaissance teams of the 73rd SDF center in small boats carried out patrols of the coast of the Dnieper estuary controlled by the Russian Armed Forces. Against the backdrop of increased attention of Ukrainian resources to this section of the front, the Kiev army is probing the defenses of Russian forces ahead of a possible amphibious landing. 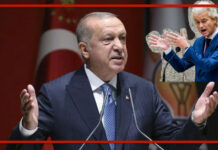 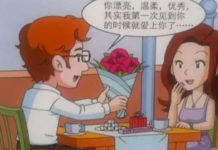 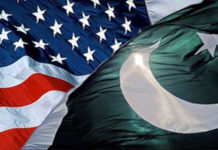