Pushilin bluntly said: ‘After the end of the NWO (Russian special operation) a referendum will be held in the republic on the entry of the DPR into Russia. The republic plans to join the Russian Federation as a separate subject of the federation’. He further stated that due to the supply of western weapons to Ukraine, the DPR army will not stop at the republic’s borders. However, DPR troops are already engaged in the direction of Zaporozhye’.

On the question of pardoning or not pardoning British mercenaries Pushilin said: ‘There are no grounds for pardoning foreign mercenaries convicted in the DPR. There are no negotiations on their exchange. The deadline to appeal the death penalty is the beginning of July’. And again he explained that Ukrainian prisoners of war who did not take part in hostilities will not be released. Their fate will be decided after the NWO is completed. Quite logical, given the mobilisation in Ukraine.

He also spoke about the next goals of the Russian DPR-led special operation: ‘All Russian cities should be liberated, including Odessa. Zelensky should be brought before an international court’. He announced the need to liberate Kharkiv and the Kharkiv region. In his opinion, there is a ‘strategic opportunity’ in this. He also proposed ‘giving’ the territories of western Ukraine to Poland, Romania and Hungary. Pushilin noted that then the region’s problems would become their ‘headache’.

On when the war will end, the DPR number one said: ‘Hope has been expressed for the completion of the Operation by the end of 2022. There are serious doubts that the war will end in 2022. It is still impossible to calculate the total amount of damage to the DPR from Ukraine’s actions. In Mariupol alone, more than 1,500 houses need to be repaired’.

Still speaking of mercenaries, risking their lives now are two Americans captured according to pro-Russian sources in Kharkiv. The Telegraph reported that the two American mercenaries captured in Ukraine are former US soldiers from experiences in Iraq and Afghanistan. They would be 39-year-old Robert Druke and 27-year-old Andy Hyun.

At the front following the flow of news from the social sphere it is reported that:

In the direction of Severodonetsk, artillery is pounding Ukrainian positions on the territory of “Azot” in Severodonetsk, an assault on uncontrolled areas of the city is underway, the Russian flag flies over the entrance to the city. Commander-in-Chief of the Ukrainian Armed Forces Zaluzhny said that Severodonetsk is a key point in the system of Ukraine’s defence operations in the Luhansk region. According to him, the LPR NM and RF armed forces are attacking from 9 directions, using aviation, MLRS and artillery. The attempt to evacuate civilians from the Azot plant in Severodonetsk also failed on 16 June. The Russians also launched several leaflets to indicate the green corridor to evacuate from, but this was promptly bombed.  Also during the day of the 16th LPR forces entered the Azot factory in Severodonetsk. The news was confirmed by the head of the LPR, Leonid Pasechnik, who said, however, that it was too early to speak of taking Azot. The Wagner group has reportedly occupied Novoluhans’ke located 8 km from the Uglegorsk thermal power plant. In addition, battles are taking place on the territory of the thermal power plant.

In the direction of Bakhmut, an offensive is developing in the directions of Vasilyevka – Yakovlevka and Vasilyevka – Berestovo. In the early afternoon of 16 June, according to local witnesses, the Ukrainian forces withdrew from the town of Bakhmut. According to local sources, the Russians and allies, after breaking through the Ukrainian defence north of Svetlodarsk and launching an attack in Zaitsevo, risked the Ukrainian defence, which began the evacuation of Bakhmut and headed towards the hillside. The LPR forces together with the Russians cut the highway to Lisichansk, thus depriving the Ukrainian military of the supply channel. According to Wagner Group channels, after taking this area it will be easier to reach the outskirts of Slavyansk. Russian troops today are trying to complete the encirclement of Zolote

Kharkiv: Fighting has intensified in the northern area; Russian forces are advancing on Dementiivka and Rus’ka Lozova, retaking villages lost in recent weeks. In the direction of Izyum the Ukrainians continue to try to go on the offensive: another pass is equipped near Petrivs’ke. 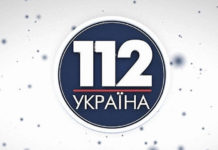 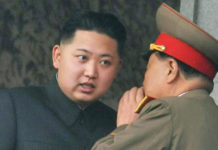