As of 19 December, Putin issued an executive order recommending that the state authorities of the Moscow Region, Crimea and Sevastopol provide for the free transfer of plots of land to veterans of combat operations and who have been awarded state decorations for services rendered. The Russian President also recommended in his executive order to provide similar support measures for the families of military personnel who died in the course of military operations. Crimea has already begun the transfer of state land to veterans of the ‘Special Operation’.

On 21 December, the State Duma adopted in its third and final reading a bill to abolish proceedings against mobilised persons. The law provides for a single list of grounds for suspending judicial and executive proceedings. The list includes participation in combat actions in the Russian Armed Forces and military formations, participation in anti-terrorist operations, performance of duties under a state of emergency or martial law, and armed conflict. Prosecutions will also be suspended due to enlistment, mobilisation or conclusion of a voluntary assistance contract for the performance of tasks assigned to the Russian Armed Forces. During the annual meeting of the Defence Ministry College, the expansion of the armed forces by 1.5 million men was announced and, consequently, the plan to raise the conscription age to 30. But the Defence Minister also announced the phasing out of conscription for citizens under the age of 21. This is related, among other things, to the formation of new units.

Ukrainian President Volodymyr Oleksandrovyč Zelens’kyj was flown to the US on a US military flight. Congress welcomed Zelens’kyj with a standing ovation. Zelens’kyj presented members of Congress with a Bakhmut battle flag. Zelens’kyj’s demands are well known: more weapons and more power. The White House spokesman, according to the Washington Post, stressed that it was important for Zelens’kyj to use his charisma to convey to lawmakers that the Ukrainian conflict is ‘really a fight for democracy’. Meanwhile, the Americans, again according to WP, expected a statement from the Ukrainian leader on diplomacy, while Zelens’kyj proudly declared that he was not ready to compromise. The war can therefore continue.

The EU announced the date of the summit with Ukraine and invited Zelensky to Brussels. ‘I can confirm that the EU-Ukraine summit will be held on 3 February and that there is an open invitation to President Zelensky to visit Brussels,’ said Barend Leites, spokesman for European Council President Charles Michel. The spokesman clarified that Zelenskyy’s invitation to visit Brussels does not mean that the summit will take place there.

From the front comes the news that Dmitry Rogozin was wounded in Donetsk, but his life is not in danger. In the shelling carried out by the Ukrainian armed forces, the Shesh-Besh restaurant and hotel complex in Donetsk, where the former head of Roscosmos Dmitry Rogozin, the head of the DNR government Vitaly Khotsenko and Russian State Duma deputy Alexei Zhuravlev were staying, was hit. The shelling started 10 minutes after the arrival of the DNR head of government. In addition to Rogozin, Vitaliy Khotsenko and other visitors were injured, with one dead. The shrapnel that hit Rogozin’s spine during the bombing will not be extracted by doctors, his assistant said. However, doctors consider Rogozin’s condition to be satisfactory. The death toll of the Donetsk hotel bombing in which Rogozin was injured has risen to 2, said Denis Pushilin.

The Chief of the General Staff of the Russian Armed Forces Valerij Vasil’evič Gerasimov said that the situation in all areas of the front has stabilised. The main efforts of the Russian Armed Forces are now focused on completing the operations to liberate the territories in the Donbas. Gerasimov also stated that the use of the Kinzhal hypersonic missiles proved their invulnerability to Ukraine’s air defence systems. The attacks in Ukraine have crippled the systemic work of the Ukrainian military-industrial complex. In 2022, 1,300 critical infrastructures were hit.

The total length of the front at present is 815 kilometres. The fighting on the front has been fierce since the beginning of military operations. At 23:59 on 21 December in the direction of Svatove-Kreminna. Russian artillery killed up to 60 Ukrainian servicemen, as well as destroyed two armoured vehicles and three pick-up trucks in the Petropavlivka, Peschiny and Berestove districts of Kharkiv and Donec’k region. In addition, the Russian Air Force destroyed an oil depot in the Andriivka district of the Kharkiv region, which was used to supply the Ukrainian armed forces with fuel.

Vuhledar direction. Artillery fire eliminated men and military equipment of AFU units in the Novomikhailivka and Prechystivka areas of the DPRK. The Ukrainian Armed Forces reportedly lost up to 50 fighters, two armoured vehicles and four pick-up trucks. Russian commandos shot down a Ukrainian Su-25 near Krasnohorivka in the DNR and destroyed an enemy Mi-8 near Bachmut. A Ukrainian S-300 air defence radar was also destroyed near Andriivka in the DNR. 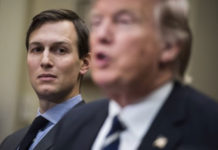 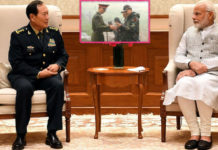