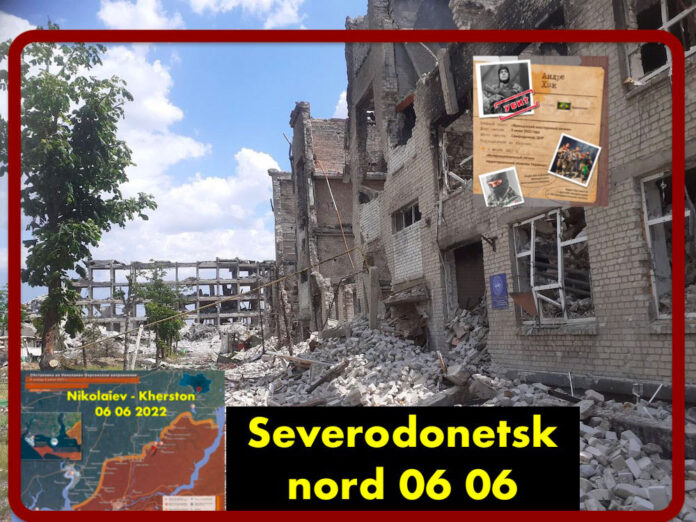 In Russia this weekend they buried the fourth general who died in battle. It is Komkor Roman Kutozov, who died on the Nikolaevka front. He was a general of the airborne forces, commander of the 5th army, originally from the Donbass.

In the meantime, while in the UK there is a vote of confidence in the Chancellor, it is reported that the UK will send the M270 MLRS to Ukraine with missiles capable of hitting targets at a range of up to 80 km. The information was confirmed by the head of the country’s Ministry of Defence, Ben Wallace, who pointed to the sending of M31A1 ammunition. The exact number of MLRS transferred was not stated.

And on the sending of long-range weapons to Ukraine on 5 June, Russian President Vladimir Putin responded, saying he was not worried about these shipments because in fact Ukraine already has these weapons in its stockpiles and promised that they will be destroyed as soon as possible

On the same wavelength was Foreign Minister Sergei Lavrov, who was unable to travel to Serbia for an institutional trip due to the denial of airspace to Montenegro, North Macedonia and Hungary. Lavrov stated that: “The longer range the systems that the West provides to Kiev, the more we will drive the Nazis away from the territories where the threat of the Russian Federation comes from.”

And again the head of the State Duma Defence Committee stated that: “Russia may strike Ukraine’s infrastructure and state institutions in the event of long-range MLRS deliveries to Kiev”.

On the front, nothing changed as the fighting continued over the weekend with a small lull on Sunday night.

In the Nikolaev-Kherson direction at the end of 5 June, fighting continued in the Davydov Brod area. The Armed Forces of Ukraine managed to occupy a settlement on the southern bank of the Ingulets River. The point was held by a platoon of the Russian Armed Forces. A couple of dozen held the defence against the Ukrainian forces until reinforcements arrived. Subsequently, the Russian units retreated. Mass attacks were inflicted on the Ukrainian armed forces that entered Davydov Brod. It is recalled that the locality of Davydov Brod was completely destroyed and today looks very much like a destroyed Ukrainian military equipment depot: the artillery and tactical aviation of the Russian Armed Forces pounded the area for a long time because it was supposed to become the Ukrainian ‘bridgehead’ in the area. The Ukrainian Armed Forces, however, remained with the crossing pier at Veliky Artakovo towards Ingulets; during the fighting, the battalion commander of the 18th Battalion of the 35th Ukrainian Marine Brigade Sergey Derduga was killed.

Artillery clashes continue on the line of contact: the Russian army fired at positions of the Ukrainian Armed Forces in the vicinity of Zelenodolsk, Kiselevka, Partizansky and Shirokoye. The parties continue to actively concentrate forces on this sector of the front. On the part of the Russian armed forces, there is a massive transfer of tanks, including T-62s. The head of the Poltava region, Dmitry Lunin, stated that Ukrainian air defence systems shot down a missile of the Russian armed forces in flight.

On the side of the Ukrainian armed forces, parts of the mobilised military personnel arrived from the Zhytomyr region.

LPR artillery, with the support of the Russian Air Force, keeps the strategic Bakhmut-Lysichansk highway under fire, connecting two cities that are still under the control of the Ukrainian army. Russian troops continued to destroy positions of the Ukrainian armed forces in Lysichansk using tactical aviation and artillery

North of Kharkiv, the Ukrainian Armed Forces launched a counter-offensive. Fighting in Tsupovka and Tokarivka Druha. Clashes near Ternovaya.

In Severodonetsk on 6 June the Ukrainian armed forces suffered heavy losses and were retreating to reserve positions. During the assault on Nikolaevka, the commander of the 1st Army Corps of the DPR, General Roman Kutuzov, was killed. The forces of the Ukrainian Armed Forces in Novolugansk and Uglegorsk TPP fell into an operational encirclement. Fierce battles continued on the Severodonetsk-Lysichansk-Zolotoye line. Ukrainian units were forced to retreat immediately 20 kilometres to the rear, to the area of the village of Nagornoe. There are battles for Vrubovka The north of the town is now under Russian control. Only one road leading to Seversk is under Ukrainian control, when Russian troops cross the Seversky Donet, the cauldron of Lisichansk for the Ukrainians is inevitable.

And at the weekend the killing of the first Brazilian mercenary made the news from the Severodonetsk front. About the group of foreign mercenaries captured in Severodonetsk, there are many rumours and now a confirmation: the Brazilian mercenary Sandro Silva in his private Telegram chat confirms the death of his compatriot Andre Haq. His partner Andre Kirvaitis contacted Haq’s wife, who identified his corpse. André Hack is one of the first three ‘insta-warriors’ from Brazil, who became famous by posting battlefield pictures on their social networks; pictures that could lead to attacks on the positions of the Ukrainian armed forces. It seems that the victim before ending up on the Donbass front served in the French Foreign Legion, arrived in Ukraine at the end of February, along with other Brazilians, and left the base at the Yavoriv training camp within hours before it was bombed. He trained other mercenaries, took part in the fighting in the Kiev and Kharkov regions, and was transferred to Severodonetsk at the end of May. Andre Haq last appeared on air in a Radio Liberty report on 3 June. 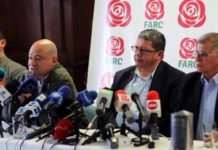 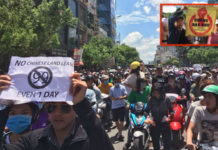 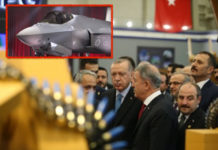