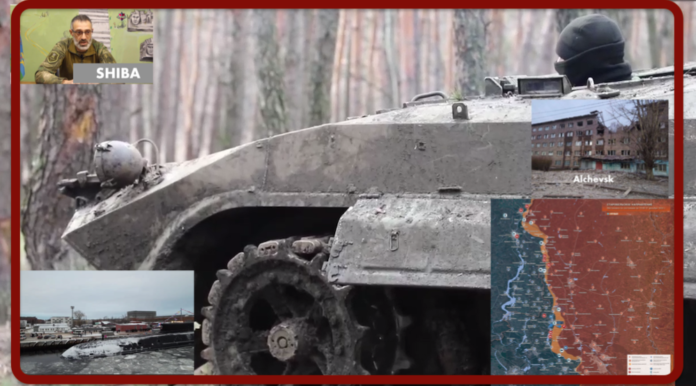 “The Belarusian Foreign Ministry summoned Ukraine’s ambassador after a Ukrainian missile fell on Belarusian territory,” said the Ministry’s spokesperson, without commenting on whether the shooting down of the Ukrainian missile was a provocation by Kiev, urging to wait for the completion of the investigation.

Minsk also called on Kiev to investigate the incident, to bring those responsible to justice and to take measures to ensure that such situations are not repeated, the Belarusian Foreign Ministry said. In the end, as predicted in the article of 29 December, Belarus showed that it did not want to raise tensions. In fact, on 30 December, the Belarusian Defence Ministry, on the voice of Kirill Kazantsev, head of the anti-aircraft missile forces in Minsk, did not rule out that the shooting down of a Ukrainian missile on its territory was a provocation by Kiev. Two other versions under consideration are an unintentional launch and a malfunction of the missile itself. The outcome of the investigation is awaited.

Belarusian state TV stated that the Ukrainian missile warhead has not yet been deactivated, but will be taken to a firing range and destroyed.

In the meantime, the voices of those who argue that the possible loss of the Ukrainian troops at the front should be considered. Harvard University international relations professor Stephen Walt said in an interview with Foreign Policy that the US is underestimating the real threat of a Kiev defeat in Ukraine. He suggested that Ukraine will face further destruction in 2023. At the same time, the professor did not rule out peace talks, but said they are unlikely to lead to results.

Pictures of the nuclear-powered submarine ‘General Suvorov’, the third submarine of the recently launched Borey-A project, were posted online. Most of the information about this submarine is confidential. All that is known is that it is the most modern ship of its kind, equipped with innovative communication and hydroacoustic systems, as well as new weaponry. It is 170 metres long and as tall as a five-storey house.

At the front on 30 December, the Ukrainian Armed Forces struck the Shebekinsky urban district in the Belgorod region of Russia. During the night, air defence systems shot down a UAV in the Engels district, reports the head of the Saratov region, Busargin. The falling shrapnel damaged the fence of a private house, a car and a garage, while a balcony window of one of the houses was blown out. No other damage was reported. There were no injuries. Emergency services are on the scene. Also on 30 December, Ukrainian troops launched an artillery attack on Nova Kakhovka, the town is without electricity, local authorities said. The Ukrainian armed forces continue shelling Donetsk at night. Several 155mm shells and MLRS rockets hit the city. Shelling on Alchevsk in the LNR was also reported.

On the Russian side, according to Vladyslav Shikar (battle name ‘Shiba’) – a veteran of the ‘Vostok’ battalion (DNR) – success in Marinka will cancel the frontal assault on Vuhledar. “Ukrainian troops actively use US satellite reconnaissance data, which forced us to change our tactics and switch to working in small groups, dispersing, which allowed us to minimise losses. We wait for reinforcements and hope for a quick offensive. A success in the direction of Marinka,’ Shiba repeated at the press conference, ‘will prevent us from storming Vuhledar.

The Russian armed forces are carrying out further attacks in Ukraine from the air. Explosions were reported in Mykolaïv and the Mykolaïv region, near Bachumut and Kostjantynivka. An air alert was issued for most of Ukraine. The Russian Ministry of Defence reported that the attacks on 29.11 hit all intended targets. As a result of the attacks, there were problems with railway communications, the transfer of enemy reserves was disrupted, and production processes in military and repair facilities were halted.

In Ukraine, after yesterday’s attacks, there were new statements about the uncertainty of the timeframe for a return to planned blackouts – as before, most of Ukraine remains in emergency blackout mode, but at the same time Zelensky, and DTEK cannot yet decide on the timeframe for overcoming this problem – the deadline is March to June, if there are no new missile attacks on infrastructure.

On the Kup “jans’k-Svatove section, the Russian military conducted a reconnaissance battle on an AFU position near Berestovove. As a result of the battle, units of the 64th Battalion of the 103rd Brigade suffered losses and voluntarily abandoned their positions.

The 103rd Brigade command organised the rotation of personnel in the advanced positions at Peschanoye, Stel’makhivka and west of Kislovka.

On the Tavolzhansky section, the combined formations of the 14th Brigade, 40th Brigade and 114th Brigade of the Ukrainian Armed Forces are conducting a position defence, waiting for an attack of the Russian Armed Forces on Dvorichna from the direction of Tavilzhanka.

In the Liman area, the enemy is preparing for an offensive on Kreminna. Ukrainian formations are spreading information about the redeployment of some AFU units from the Soledar direction to the Dibrivs’ke and Krasnohorivka sections.

The Ukrainian Armed Forces are exploiting gaps in the defences to freely move sabotage and reconnaissance groups to Dibrivs’ke and Kreminna. The strongholds are changing “from hand to hand in the grey zone”. There is no assured control by anyone.

The VSU is planning an offensive against the Russian positions. The general focus on Bachmut is an opportunity for a covert transfer of forces to hit Starobil’s’k or Zaporizhzhia.

The situation is complicated by the frequent rotations of Russian Armed Forces units in the Kreminna area, of which the Ukrainian forces are well aware – both radio and satellite reconnaissance are operational. In the event of an attack by large forces, there is the threat of a breakthrough of the Russian grouping’s defences. 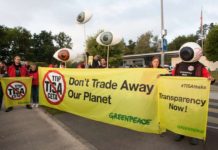 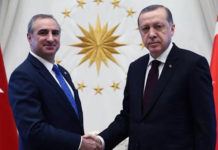 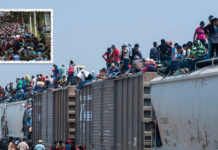 MESSICO. Migranti: voli a 1 dollaro per rientrare a casa