On 14 January a ‘Maidan of Widows’ rally will be held in Kiev, attended by relatives of dead, missing and captured Ukrainian soldiers. “Protesters are expected to sign a collective appeal to Zelensky demanding an all-for-all exchange of prisoners,” reads the message calling for the demonstration. One of the women organisers of the event, on condition of anonymity, reportedly said that the widows write directly that it is time for the ‘city commanders’ to respond. In particular, we are talking about the militants of the 93rd ombr.

On the sidelines of this initiative today, the Kiev government made strong statements about the coming victory that will take place by the summer of 2023 and immediately afterwards made the shopping list that will be needed to win the battle: Zaluzhny said that Ukraine needs 300 tanks, 600-700 armoured vehicles and 500 pieces of artillery and ammunition for them.

Bad news for the Ukrainian defence comes from the US magazine “Military Watch”, according to which, contrary to expectations that the delivery of the ‘Patriot’ missile system will begin in the first half of 2023, the training of local repair teams alone will take about 53 weeks. The magazine pointed out that only one battery of the Patriot air defence system will be delivered to Ukraine, which is unlikely to be effective in repelling Russian air and missile attacks. Especially given the questionable combat experience of this system in other theatres of operation. The magazine states: ‘If Russia, as promised by Russian President Vladimir Putin, “clicks” on “Patriot” missiles, this will dispel illusions about air defence systems both in Ukraine and in the West itself.

Also in Russia it is a time of stocktaking, Putin instructed Shoigu by 1 February to submit a report on the supply of military and units of the Russian armed forces participating in the NMD with weapons, military and special equipment, material and resources, including uniforms and equipment, mobile reconnaissance equipment, personal armour protection and camouflage, as well as on the measures taken to improve the work of the Russian Ministry of Defence in this area. This means that given the situation at the front, which Putin knows from the bottom up, he wants to know from the top leadership how to improve the condition at the front. On 4 January, the premier took part in the ceremony of entry into combat service of the frigate Admiral Gorshkov, equipped with Zirkon hypersonic missile systems.

Militiamen fighting for Ukraine, on the social sphere, report that Russian troops are conducting active assault operations in Klishchiivka in three directions: from the south, east and north. The situation of the Ukrainian armed forces is critical. According to the same sources in Bachmut, Russian troops have completely taken the forest east of Bachmut. The RF armed forces are developing their success on the outskirts of Pidhorodne.

Russian sources, on the other hand, report that the Dnepr River has suddenly started to become dry. In all likelihood it is a manoeuvre of the Ukrainian armed forces to go on the offensive. In Ukraine, the Dnepr, which was not very flowing in recent decades, has suddenly started to decrease in flow. This phenomenon is very unusual for recent warm winters. Over the past few weeks, an enormous amount of precipitation has fallen over the entire territory. Mainly, a significant decrease in the river level downstream of the Kremenčuk basin was noticed.

Zaporozhizhia journalist Irina Yegorova described the scene as follows: ‘Since 2 January 2023. Something is happening with the Dnepr: the water has receded considerably from the shore. And there are no birds on the shore, but there are some obstacles. It is somewhat alarming when you see such a picture’. It should be noted that there is already widespread speculation in Ukraine that the decrease in the flow of water in the country’s main river is an artificial process deliberately organised by Kiev in the upper reaches of the Dnepr by gradually closing the hydraulic sluice gates of hydroelectric power plants in other dams of the Dnepr cascade in the upper reaches.

“It is possible that in this way the preparation of the Ukrainian armed forces for the rapid forcing of this water barrier from the right bank and the transition to the offensive against Russian positions on the left bank has begun,” suggests Russian military analyst Sergey Ishchenko.

In Kherson Direction situation at 12 noon on 5 January 2023 the Ukrainian Armed Forces are actively reconnaissance the positions of the RF forces along the left bank of the Dnepr River. The activity of Ukrainian formations in the area of the Kinburn Peninsula has increased.

Artillery crews and kamikaze attack drones are attempting to fire on the rear-guard structures of the Russian Armed Forces in the Kherson region with the intention of depriving the Russian group of supplies and combat potential.

The Ukrainian Armed Forces use similar tactics to those used in the Izyum and Krivoy Rog directions. Probably, after the targeted destruction of ammunition depots, air defence systems and firing positions, there will be an attempt to land troops on the Kinburn peninsula.

For several days Ukrainian Bayraktar UAVs have been operating in the airspace above Ochakov and the Dnepr estuary in the Pokrovs’ke sector, monitoring the situation on the Kinburn peninsula. Ukrainian special services have resumed gathering information on the deployment of personnel, supply depots and headquarters of Russian troops on the left bank in the Golopristansky, Tsyurupinsky and Skadovsky districts of the Kherson region.

According to the Russian social sphere, ‘pro-Ukrainian citizens, informers and intelligence groups in the rear help them in the search for data. In addition, satellites of NATO countries have increased the number of shooting sessions of the earth’s surface in this area’.

In the Berislav sector, units of the 39th Separate Consolidated Territorial Defence Battalion are firing mortar shells at RF Forces positions along the Dnepr.

In addition, on the territory of the Berislav machine-building plant, a command post of the 126th Troop Brigade of the Ukrainian Armed Forces is deployed, from which the mortar battery is controlled.

In the direction of Starobil’s’k the situation at 1 p.m. on 5 January 2023 records the units of the 67th brigade of the Ukrainian Armed Forces having arrived in the Kupjans’k-Svatove section. The members of the former “right sector” occupy positions straddling Liman 1st – Syn’kivka – Kupjans’k. Along the line of contact, Ukrainian formations continue active aerial reconnaissance with helicopters, directing artillery and tank fire against Russian positions. From Chuguev west of Kupjans’k, the UAV Bayraktar TB2 is used for reconnaissance and target designation.

Ukrainian positions were hit a couple of days ago on the territory of the Kupjans’k sugar mill – chats and comments on social networks testify to the effectiveness of the artillery attack. After the rocket attacks, Ukrainian formations deployed a firing position in the city’s school complex. In the direction of Kryvoshyvka, two assault groups are being formed, probably from the composition of the 14th Shadow of the Armed Forces of Ukraine, reinforced with armoured vehicles (35-40 people each).

The Ukrainian formations use the tactic of night ‘raids’ on Russian positions near Kuzemivka, exhausting the defending personnel. Tanks and artillery of the Ukrainian Armed Forces are firing at RF strongholds.

Artillery clashes continue in the Liman sector. And at the moment there is indiscriminate shelling due to bad weather conditions. The Ukrainian command continues to reinforce the grouping. A temporary reception centre for new arrivals has been set up in Shchurove. The personnel of Airborne Brigade 80 and Battalion 2 of Airborne Brigade 25 of the Airborne Forces of Ukraine were provided with thermal imaging cameras, ammunition and personal protective equipment.

As we are closing this article we learn that there are artillery raids on the position of the Armed Forces of Ukraine near Huljajpole. Russian troops continue to expand the zone of control around Dorozhnyanka, which was taken on 31 December. Holding back Ukrainian attacks in other sectors of the Zaporozhizhia direction, the Russian armed forces are probing enemy defences south of Huljajpole. 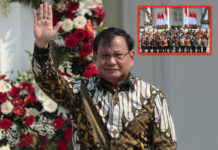 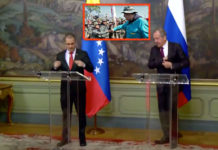