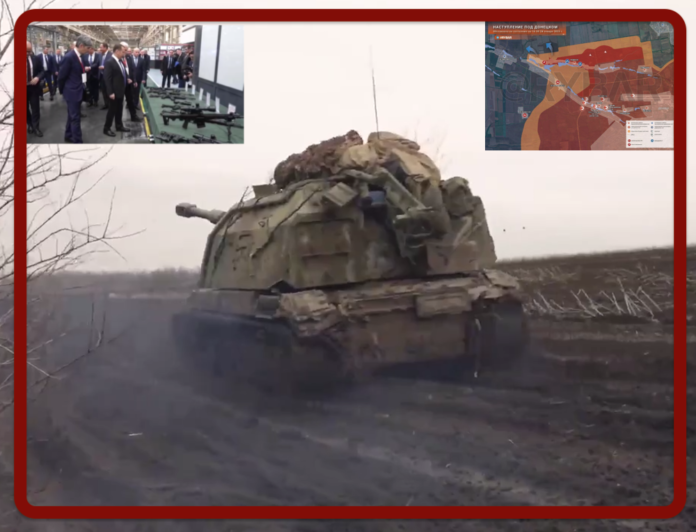 “Our opponents constantly claim that we have two and a half missiles left, or something else. I want to disappoint them, we have enough of everything. And this year, the most sought-after weapons, military equipment and weapons are being delivered. We are talking about thousands of units,’ Medvedev said.

And while Russian leaders parade around the companies that produce hooks, ‘the Russian army is tightening the pincers around Bachmut, inflicting losses on the armed forces of Ukraine. Zelenskyj will soon agree to negotiations,’ said Oleg Soskin, Ukrainian political scientist and former advisor to two presidents of Ukraine.

‘The fighting is going around Bachmut and there the noose is slowly tightening. Even German foreign intelligence says that Ukrainian army losses are 200, 300, calculated in three-digit numbers per day. Unfortunately, we do not hear a real answer from the Ukrainian leadership,’ Soskin said. The Wagner group’s goal has always been and declared to inflict as much damage as possible on the Ukrainian Armed Forces in terms of means and also men.

Echoing these statements, Ukrainian Foreign Minister Dmytro Kuleba in an article for Politico writes: “He must be defeated” (Putin ed.). “Ukraine has refused any talks with Putin”. “According to Putin, any compromise is a weakness. That is why the only way to talk to him is the language of force. Today Putin made his final offer, deciding to continue his aggressive genocidal war against Ukraine at any cost. This means there is nothing left to talk to him about. He has made his choice and he must be defeated,’ the Ukrainian foreign minister chimed in.

He also said that the West should force Russia, not Ukraine, to make concessions.

The offensive in the direction of Donetsk adjourned at 4pm on 24 January.

Soldiers of the Separate Assault Battalion “Somalia” (DONBASS) in the course of intense fighting occupied the dominant high ground north of Vodyane and drove the Ukrainian Armed Forces out of the village.

Marines from the 501st Battalion of the 36th Corps were urgently sent to the line of contact to maintain it. Two Mi-8 helicopters from the Slavne airfield fired the NUR on Vodyane.

The Ukrainian Armed Forces expect the resumption of a large-scale offensive by Russian forces in several areas, including Pervomayskoye, Marinka, Krasnogorovka and Nevelskoye. 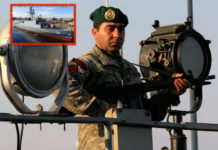 I cosacchi a Grenada