On the day of the expulsion of European diplomats from Moscow: French, Italian and Spanish, on the Ukrainian front, war activities are in full swing.

The surrender of the Azovstal militants continued until 10 p.m. on 17 May. The commander of the ‘Vostok’ battalion of the NM DPR, Alexander Khodakovsky, reported that the surrender continued even after sunset: about 600 militants left the areas he controlled. “With the onset of darkness, the surrender process was not suspended, until 10pm the Ukrainian military and militiamen continued to leave Azovstal. About six hundred people left then, until the morning, there was silence,’ Khodakovsky said. The Russian Defence Ministry stated that from Azvostal ‘694 militants, 29 of them wounded’ surrendered on 17 May; Reuters updated the figure to 700 on 18 May. All were transported to Yelenovka. Several Russian soldiers with machine guns were on duty in each bus. “Among the prisoners,” reads the social network, “are foreign mercenaries. One of them has a chevron with a British flag on his shoulder’.

The Russians have reportedly built field hospitals to house the lightly wounded and the malnourished while the seriously wounded are also admitted in the corridors but in non-field hospitals. On the Russian-Ukrainian social sphere following the images of the Ukrainian surrender from Azvostal, the debate has begun on whether or not to exchange these men for Russian military prisoners of the Ukrainians. Responding was the Ukrainian Telegram channel Resident, which quoted its sources in Zelensky’s presidential administration as saying that ‘Ukraine does not have such a large number of prisoners to exchange even 20% of the prisoners with Azovstal’. DPR leader Denis Pushilin stated that: “The court on Ukrainian neo-Nazi war criminals should be international”. Crimean leader Aksyonov calls for not exchanging prisoners with Azovstal. According to him, public trials are needed in the LDNR: ‘So that this becomes a lesson for all those who forgot the lessons of Nuremberg, for all those who did not believe they could be repeated,’ he said. Tensions are very high. For now, the Azov militiamen remain in Donbass hospitals to be interrogated and treated.

Meanwhile, the Kiev junta intends to extend martial law and mobilisation. The mobilisation in Ukraine would continue until 24 May. It was reported that by the beginning of May, the mobilisation was 100 per cent complete in terms of quantitative and qualitative indicators. Martial law in Ukraine was declared on 24 February 2022. It is extended on a monthly basis, also by another 30 days from 25 April. Zelensky has already submitted a bill to the Rada to extend martial law in Ukraine, according to the website of the Verkhovna Rada. Not only are the Ukrainian authorities again amnestifying criminals in order to send them to the front. Justice Minister Denis Malyuska stated that prisoners who ‘want to fight the Russian occupiers on the fronts’ will be pardoned and completely released after the war. These include people serving sentences for murder, robbery, rape. Finally, Ukrainian social sources report that the Ukrainian secret service has created an eVorog chatbot for spies. Now any alert Ukrainian can report a neighbour who listens to Russian radio, or a grandmother who put a Guardians’ tape on her chest on 9 May, or a teacher who does not support the Ukrainian armed forces. Almost 300,000 Ukrainians signed up as ‘sycophants’, i.e. delinquents, in the first week. For this work they will receive compensation.

On the military front, the Russian artillery and air force bombed the entire day of 17 May, massive arrivals all along the front, from Kharkov to Odessa, in places precipitated by Russian bombs. Some posts on the social sphere wrote: ‘We do not even see the point of listing all the settlements, as it is the ‘Russian cyclone’ over Ukraine today’. In addition to the issue of war, there is the issue of communication. The surrender or evacuation, as the Ukrainians call it, of the military in Azvostal has undermined the mood of the Ukrainian military and the Russians have certainly taken advantage of this moment to increase the number of bombings and its effects have already been seen.

The LPR People’s Militia announced the liberation of the village Orekhovo. It is located between Popasna and Lisichansk. In Popasna itself, the bridgehead is expanding, north of it Kamyshevakha is being attacked. In general, battles are taking place along the entire front line, the Russians are advancing in the direction of Donetsk, in the Avdiivka area.

The DPR territorial defence headquarters announced the liberation of the village of Novoselovka Vtoraya, Yasinovatsky district. The distance from this village to Avdiivka in a straight line is less than eight kilometres. Fire control was established on the Avdiivka-Orlivka road. The assault continues at New-York (west of Orlivka).

The Zaporozhye front is quiet, there are currently no Ukrainian counter-offensives. The Ukrainian armed forces shelled the village of Bezymeno in the Belgorod region on the border with Ukraine. Quiet area of Donetsk.

The Severodonetsk cauldron shows signs of subsidence by the Ukrainian army: A number of civilian settlements have come under the control of the NM LDNR. The Artemovskoye/Bukhmutskoye directorate of the Ukrainian Armed Forces is also breaking down. According to military analysts, it was the taking of Popasna that facilitated the Russian advance. On the afternoon of 18 May, the LPR army reported that the assault on Severodonetsk had moved to the city borders.

On the sanctions front, there were not the desired results: Russia managed to create an alternative to the Visa and Mastercard systems as reported by Russian Finance Minister Siluanov, who also stated that Russia would not default on its debt. The head of the Ministry of Finance of the Russian Federation noted that if Western facilities are closed to Russia, the country will pay its debt in roubles. Siluanov stated that Russia will not default: if the West blocks the servicing of foreign currency debts, Russia will simply pay them in roubles. Also on economic matters: ‘The Ilyich plant will be restored, Azovstal will be demolished. On the Azovstal site, they propose to build a park area or a technopark, the decision has not yet been made,’ said Denis Pushilin, head of the DPR.

The Russian Federation is transferring new weapons from S-500 defence systems to laser weapons to the Ukrainian front. These are the Zadira laser systems. Deputy Prime Minister Borisov said that the Russian Armed Forces are already using Zadira laser systems in the NMD in Ukraine, these are weapons capable of physically hitting targets. The Russian Defence Ministry ordered the development of such weapon complexes in 2017 at the Armya-2017 forum. The development of the Zadira-16 complex was carried out by the Russian Federation Nuclear Centre.

Also in Moscow, the wind seems to be changing, from an initial hostility of the elites towards Vladimir Putin now the PM’s approval rating is high again. Pessimism is diminishing and confidence is growing in the correctness of President Putin’s strategy regarding the events in Ukraine. In correspondence and public speeches, people are beginning to copy the style of Medvedev and Lavrov (harsh, no-nonsense phrases bordering on diplomatic language). The pro-Russian social sphere also claims that Putin was unpleasantly surprised by the behaviour of some of his collaborators, three in particular, and put it on record. The outcomes will be seen after the conflict in Ukraine. 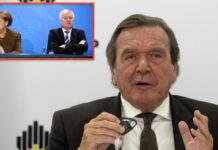 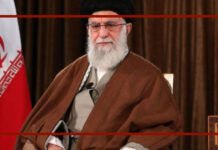 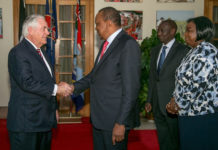 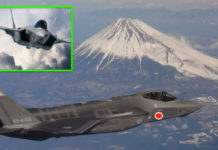