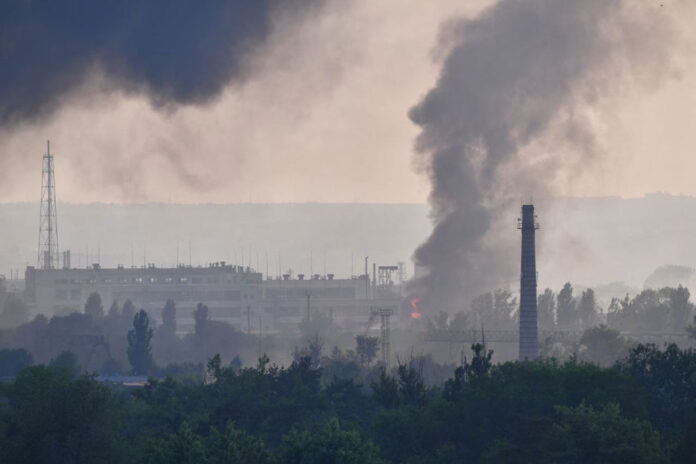 The 111th and 112th days of the Russian Armed Forces’ ‘special operation’ in the Donbass, i.e. 14-15 June, were marked by news of the activities of Western biological laboratories in Zaporozhye, plans to open a humanitarian corridor in Severodonetsk, and a breakthrough in the defence of the Ukrainian Armed Forces in the Berestovoye area.

On 15 June, an attempt to open the humanitarian corridor for civilians imprisoned in Azot, a chemical plant in Severodonetsk, failed. According to Russian sources, Ukrainian security forces prevented the civilians from leaving the Azot plant. The head of the garrison service of the LPR People’s Militia Alexander Nikishin on the spot said: ‘Only in one of the air-raid shelters in the area of the plant are about 70 civilians detained. Of these 70 people, no one knew that a humanitarian corridor would be created today,’ he said. At 8.00 a.m. the path (gumcorridor) was already open by the LPR People’s Militia, at 8.10-8.20 a.m. mortar shells were already beginning to arrive. At the evacuation point near the hangar, mortar shells began to arrive, which then also hit the houses.

As early as 10.47am, there was already the tam tam of news that Ukraine would stop the green corridor for the withdrawal of civilians from the Severodonetsk industrial zone.

Donesk direction Luhansk: in the direction of Popasna. After occupying Vidrodzhennya the Wagner PMC assault units continued their offensive towards the village of Vershyna, establishing fire control over the Bakhmut-Svitlodarsk highway. For the units of the Ukrainian Armed Forces holding the OPTs in Novolugansk and Uglegorsk, this means an operational encirclement, as the only road to retreat – to Kodema – is crossed from the mountainous side by units of the NM of the DPR. The Russian Armed Forces, together with the NM of the LPR, continued the offensive from Komyshuvakha in the direction of Vrubivka, an action completed on 15 June: “The settlement of Komyshuvakha was liberated and the supply of ammunition and food to the Ukrainian Armed Forces near Lisichansk was interrupted”. This was announced by the assistant head of the Chechen Republic (allied to the Russians), commander of the special unit Apti Alaudinov. For the Ukrainians, losing the village of Vrubovka means completely losing the ability to use the Nikolaevka-Vrubovka-Hirs’ke road to supply the Hirs’ke-Zolote group. There is only one road left: Hirs’ke-Lysichansk. But this road, due to the advance of Russian troops near Toshkovka and Ustinovka, is under Russian artillery fire. Because of this, the communications of the Hirs’ke-Zolote group, with the loss of Vrubivka, are partially intercepted. There remains the crossing of the Paradise-Aleksandrovka camps, which, however, are difficult to cross. Also on 15 June, Semigorye had not yet passed into Russian hands. The fighting approached the village. The route leading to the thermal power stations of Novolugansk and Uglegorsk is under fire from the Russian armed forces.

There are reports that the 100th brigade of the NM DPR has managed to break the resistance of the Ukrainian armed forces and gain a foothold in the eastern outskirts of Berestovoye. The operational situation in the Bakhmut direction is deteriorating daily for the Ukrainian Armed Forces.

On the Ukrainian side, according to Ukrainian Deputy Defence Minister Anna Malyar, ‘hundreds of thousands’ are preparing to be drafted into the army.

According to a Russian Defence Ministry statement, Kalibr missiles destroyed a NATO ammunition depot for foreign weapons transferred to Ukraine, including 155mm M777 howitzers. High-precision missiles destroyed Ukrainian aviation equipment at the ‘Voznesensk’ military airport in the Nikolaev region. A large number of weapons and military equipment from the US and the EU, delivered to Ukrainians in the Donbass in the areas of Dobropolye, Pokrovsk and Orlovshchina railway stations, were destroyed. The air force hit 24 areas of concentration of men and military equipment of the Ukrainian Armed Forces. As a result of the Russian attacks, more than 300 Ukrainian military personnel were killed, as well as 11 pieces of field artillery, including four 155 mm M777 howitzers, were destroyed. 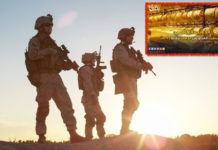 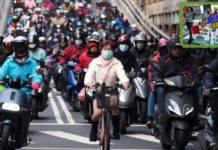